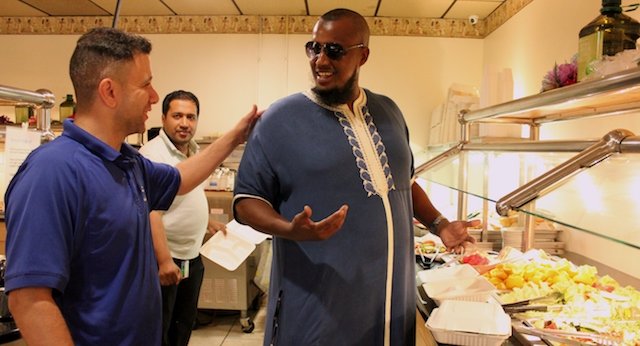 “People eat every single day and they don’t appreciate what God gives them,” said customer Abdi Nasir. “It teaches people patience and to be thankful for what they get.”

Meals will continue until Ramadan’s end on June 14. Find out more at Southwest Journal.

Statewide, Somali resettlement has plummeted in large numbers in comparison to previous years. This plunge in resettlement comes mainly as a result of the federal government’s increased scrutiny of refugees from predominantly Muslim countries. Moreover, even stricter security measures are imposed on Somali people in particular, making it especially difficult for these refugees to resettle; the government alleges these measures are “anti-terrorist.”

According to The Somali American, only 57 refugees have been so far resettled, compared to more than 650 at this same time last year.

Read more at The Somali American.

Often left out of discussions of affordable housing in the Twin Cities, mobile homes are losing ground as a potential option for people with low and very-low incomes as developers buy parks land to be converted into apartments and condos. In response, there is movement among mobile home residents to purchase and own the parks in which they live, in order to implement rent controls and ensure that they will continue to have a place to stay.

“Over time, these communities are better managed under resident ownership. The people who live in them have more income because their lot rents aren’t going up. They get to know their neighbors because they’re working together,” said Warren Kramer, the executive director of the Northcountry Cooperative Foundation.

Get the full details at MinnPost.