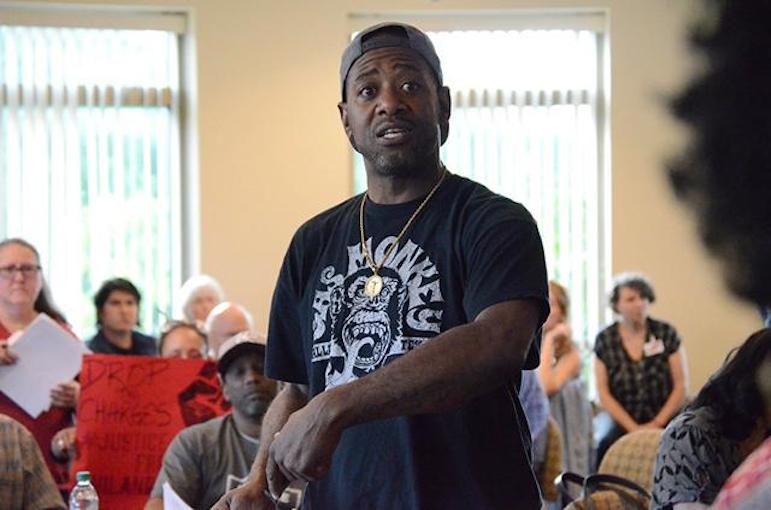 John Thompson, a former co-worker and friend of Philando Castile: "We're tired of coming to listening sessions." Photo by Kristoffer Tigue for MinnPost.

For a crowd of 75 gathered at the Wellstone Center last week, the Governor’s Council on Law Enforcement and Community Relations was far off the mark on its recommendations to improve relations between the police officers and Minnesota community members.

Several attendees said the council failed to properly publicize their meetings, and blasted the council’s first draft for lacking measures that they say would better hold police officers accountable. Many participants also expressed doubt that the increased use of community listening sessions by different state and federal agencies over the last two years would amount to any significant changes when it came to police reform.

Read more about the recommendations and community reactions here.

Two of Minnesota’s congressional delegation, Sen. Al Franken and Rep. Betty McCollum, along with 48 House members and 12 Senators introduced the Every Child Deserves a Family Act on May 25, reports Andy Birkey of The Column. The bill would eliminate laws that exclude LGBTQ people from adopting.

The bill comes as a rash of laws have been popping up in Republican-controlled states that allow adoption agencies to refuse to place children in LGBTQ homes.

Learn more about other states that have adopted anti-LGBTQ measures and see the bill’s full language.

Bella Dally-Steele of the Minnesota Daily reports that while the Twin Cities may have been recently named the fittest community in the United States, the high marks mask ongoing racial disparities.

“We have a growing understanding that health is influenced by things we do and opportunities around us,” Minnesota’s Department of Health Commissioner Gretchen Musicant said, “But even more so by access to stable housing and other social conditions. We are trying to focus on social conditions.”

Read the full story from the Minnesota Daily.