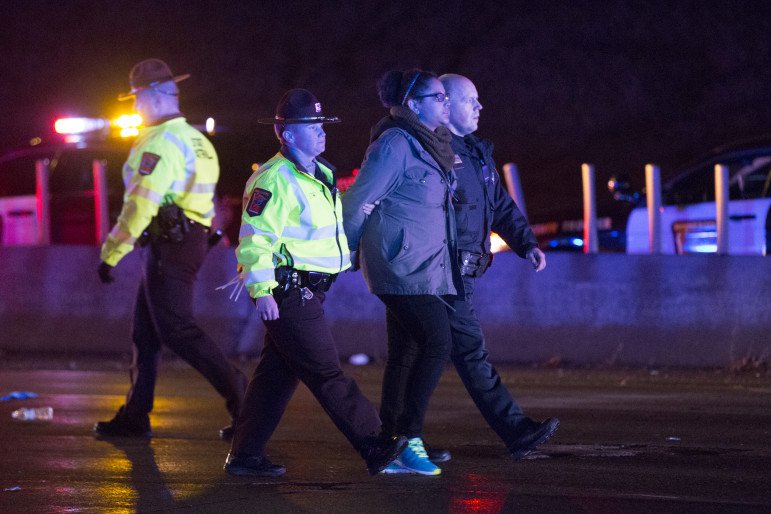 Citing the language as too “vague,” Gov. Mark Dayton vetoed a Republican-led bill that would increase penalties on individuals engaging in public protest such as blocking mass transit to the same level as those for fifth-degree assault and domestic abuse. House Democrats tended to express support for the veto, while Republicans were frustrated with the governor’s decision.

Before the veto was announced, Rep. Raymond Dehn, DFL-Minneapolis stated that the proposed legislation would “[vilify] people that our systems are set up to disadvantage so that when they raise their voices and call attention, this [bill would] suppress those types of activities.”

Read more on this story at Minnesota Spokesman-Recorder.

An art exhibition at Mia (Minneapolis Institute of Art) opening June 17 will remember Philando Castile, a man from St. Paul who was fatally shot by St. Anthony police officer Jeronimo Yanez in Falcon Heights in July 2016. The exhibition will include artwork donated by the Castile family that community members created after his death, as well as new pieces that explore police violence and racism.

“The work of these artists has made me feel like I’m not alone,” said Valerie Castile, mother of Philando. “There are times when I sit in my living room, grieving, but then I look around and see this art, and I know I’m not the only one affected by Philando’s death. That’s why I wanted this exhibition to happen – it’s about connecting, reaching out, having a conversation.”

Find out more on the new exhibit at Minnesota Spokesman-Recorder.

A bill in the House would create a task force to collect data and research the systemic reasons behind the disproportionate amount of violence suffered by Native women. The bill now has bipartisan support, and supporters are optimistic about its passing.

“Any time there’s an indigenous population, it’s usually the women and the children that are most exposed to this kind of violence,” said the bill’s sponsor, Rep. Kunesh-Podein (DFL – New Brighton). “But it is happening, and it is continuing to happen, and it’s really time we focus on this and make sure that we are putting in laws and policies that are going to start to protect the women from this.”

Get the full details at the Session Daily.