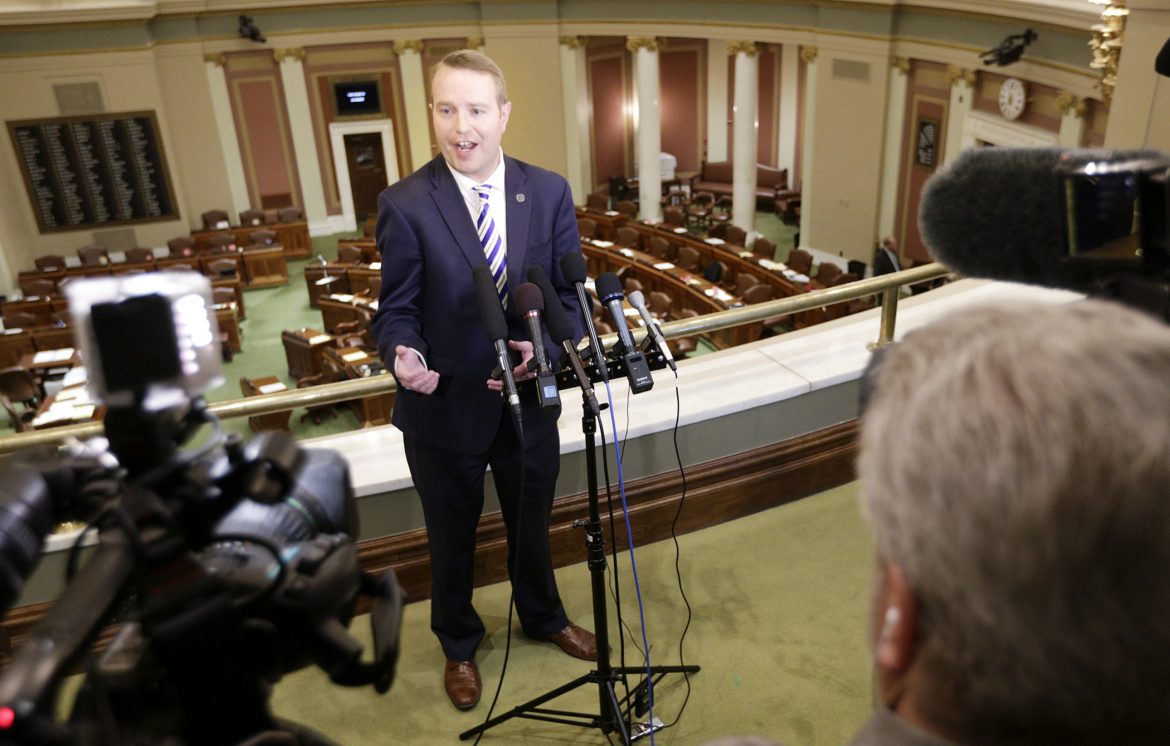 A House bill would increase the penalty from a misdemeanor to a gross misdemeanor for interference or obstruction with traffic exits, restricting passenger access to transit and more. The bill was created in Jan. 2017, in the context of several highway-blocking protests responding to police violence in the Twin Cities.

Rep. Dave Pinto (DFL-St. Paul) said the DFL “has not brought this idea forward. This is not something we were requesting to have come up again and again and again.”

Find out more at Session Daily.

More than other states, Minnesota faces severe disparities between white folks and people of color, from unemployment to homeownership and more. In response, Hennepin County has created a new position to address these inequalities: the Director of Disparity Reduction. Alex Tittle’s history in equity work includes a position as director for the Office of Civil Rights for the Minnesota Department of Transportation.

“Hennepin County takes leadership, recognizing its own challenges by developing relationships with key stakeholders and representing [the county] in metro and regional disparities.” said Tittle. “No, we can’t expect to add hot water and expect instant success.”

Learn more about Tittle and his plan to reduce disparities at Minnesota Spokesman-Recorder.

Minneapolis Northside community members gathered to celebrate the life of artist and storyteller Kirk Washington Jr. on May 9th, Washington’s birthday which has been declared by the city to be Kirk Washington Jr. Day. Folks called Washington a “bridge-builder who worked to push people and the community forward,” and his life will also be honored through scholarships at Minneapolis Community and Technical College (MCTC).

“What I love about Kirk is that he was willing to do the work with every one of us and he was self-sacrificing. He would say ‘yes,’ even if there was nothing in it for him, as long as it served the people,” said Shauen Pearce, the former Executive Director of the Harrison Neighborhood Association (HNA) and Director of Economic Development and Inclusion Policy for the City of Minneapolis.