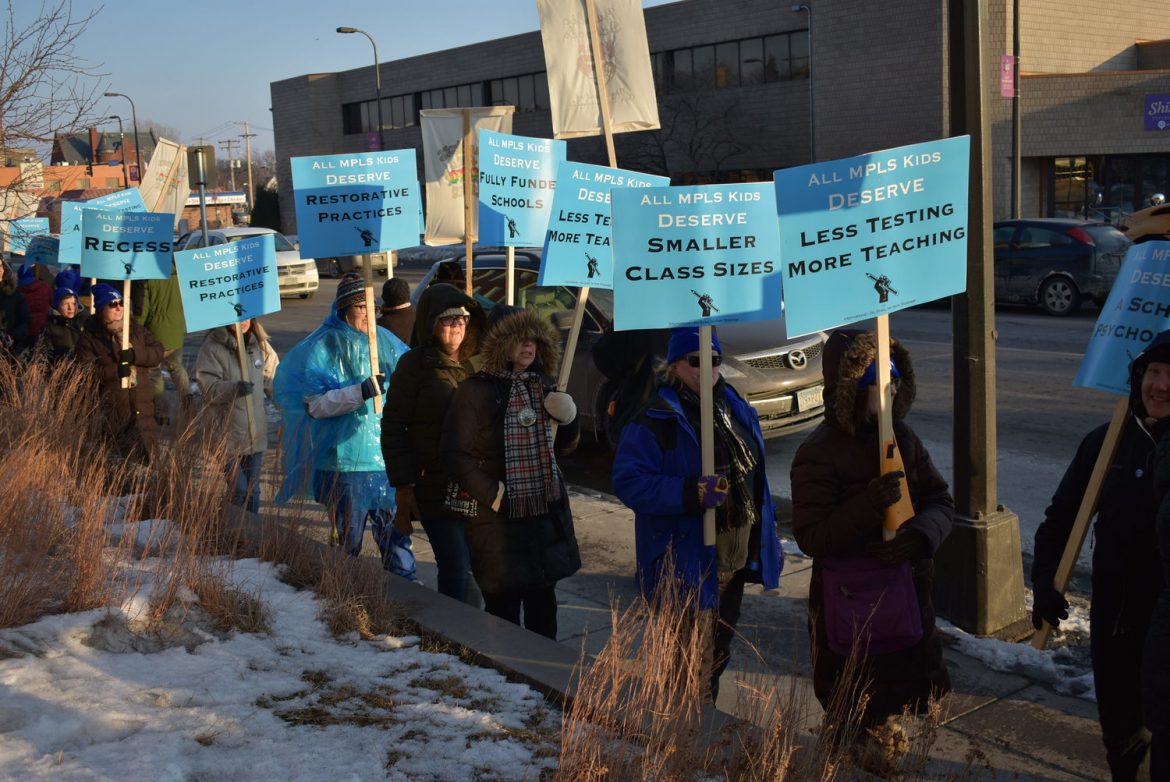 More than 300 Minneapolis educators and community members protested at the Davis Center Tuesday night to advocate for better school funding in teachers’ contract negotiations. As reported by North News, the Minneapolis Federation of Teachers (MFT) is asking for smaller class sizes, more school support personnel and restorative practices, among other demands.

“According to [Minneapolis Public Schools], MFT’s proposals would cost the district $160 million. According to Sullivan, even with district cuts adding up to $27 million, there would still be a $6 million hole to fill – the district will be asking Minneapolis taxpayers and the state legislature for additional funding support over the next year.”

To learn more about why Minneapolis Public School educators are rallying for fully-funded schools, check out the story at North News.

The founder of The Sioux Chef, Sean Sherman, published a cookbook-memoir-manifesto, “The Sioux Chef’s Indigenous Kitchen.” According to the Southwest Journal, Sherman wants to decolonize and evolve indigenous foods in order to re-establish a connection with his culture and ancestors.

“For us, with food, it seems like such a great way for not only other people to understand our cultures better through our food, but also helps us reconnect to who we really were,” he said.

For more information on Sherman and his plan to open a restaurant in Minneapolis, read the full story in the Southwest Journal.

“One social worker covering four libraries is a lot,” Taylor admitted. “We know that we aren’t going to be overcoming poverty in St. Paul with this hire. We might be able to really improve life circumstances for a few people, but there is still going to be a larger issue out there.”