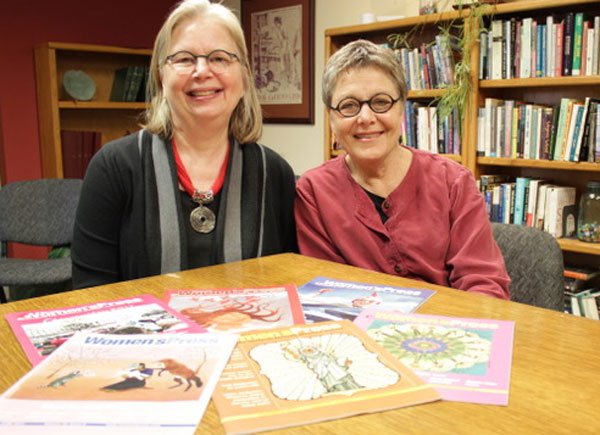 Kathy Magnuson and Norma Smith Olson have served the readers of the Minnesota Women’s Press for a long time, seeing the publication through its major transition as a magazine. Now they are handing the reins to their successor Mikki Morrisette, a writer for the platform for 15 years.

“We stayed true to what we’re not and what we are,” Magnuson said. “We focused on women’s health, education, spirituality and politics. These are the things that matter to women in their everyday lives. It is tempting to follow ad dollars, but we resisted that and it has cost us financially. Our readers, though, are smart, and they reward our high editorial integrity.”

Read more about the change at Park Bugle.

“We allow people to choose what they want to pay for our goods, and we actually make more that way. It’s creating accessibility and affordability to our customers,” said Leensa Ahmed.

Check out the story of the teens’ success at Minnesota Spokesman-Recorder.

With music, food and comedy, Jewbilee is an annual event that encourages Jews from across the Twin Cities to come together every Dec. 24, carving out a space for themselves during a predominantly Christian time of year.

“There is not a lot to do during December that is specifically aimed at Jews,” cracked Aaron Isaacs. “There are countless Christmas-themed movies, plays and events, but only one Adam Sandler song, one terrible Adam Sandler movie, and like half a Rugrats special for us. So it’s nice to have an event that is Jewish-themed, even though everyone is welcome.

Learn more about the celebration at MinnPost’s Community Sketchbook.