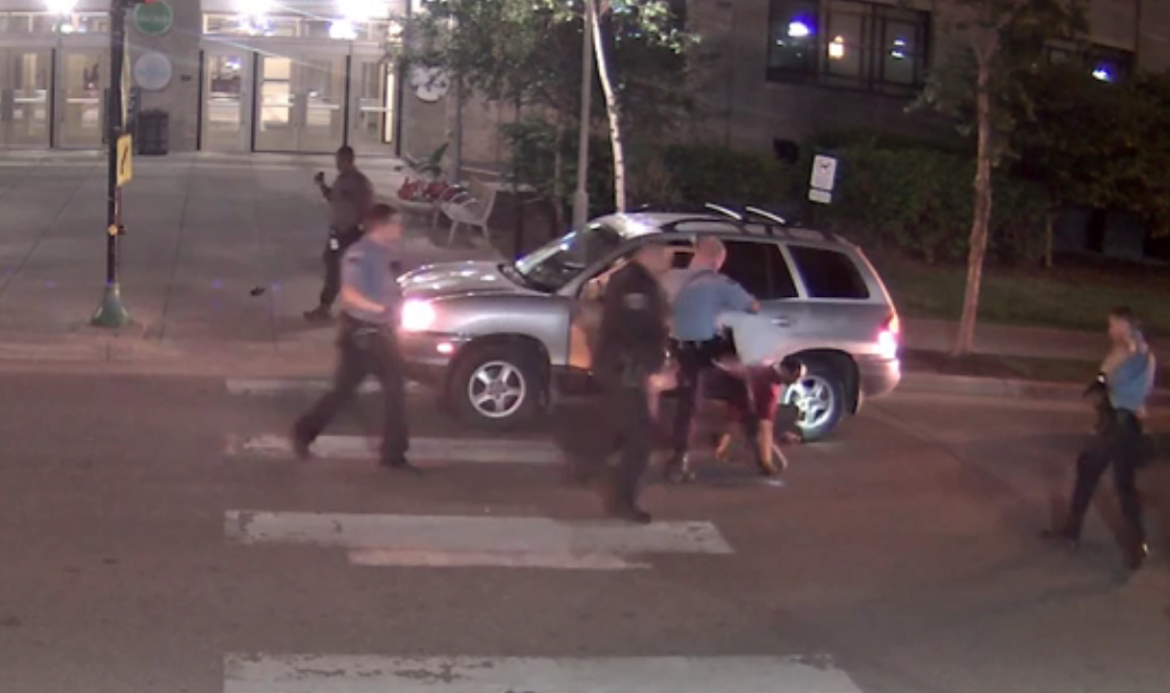 Video evidence showed the moment when Mohamed Osman was kicked during a May 2016 arrest.

“We are pleased with the verdict,” said Freeman. “We think the evidence justified the verdict. All Minneapolitans, including police officers, agree this conduct is not acceptable. You don’t kick a guy on his knees, in the face, especially when he wasn’t doing anything.”

Reiter has had a total of eight complaints against him, including a complaint that ended in a $25,000 settlement with Minneapolis mayoral candidate Al Flowers.

Read more about the case and Reiter’s history at Insight News.

Nutrition services workers, the lowest paid group in St. Paul Public Schools, has authorized a strike if labor negotiations do not result in a wage increase to $15 per hour.

In balloting Monday, union members voted 92 percent in favor of authorizing a strike “if the district does not negotiate an equitable contract,” the union said. A walkout could occur as early as November. Under state law, the union would need to give notice of a possible strike.

Learn more about the demands through Workday Minnesota.

More than 20 former contestants from the popular TV show “RuPaul’s Drag Race” are joining the popular local Flip Phone dance party on Nov. 6 to raise money for Puerto Rico in the wake of Hurricane Maria. Proceeds from the First Avenue event will go toward Somos Una Voz, a relief Initiative started by musicians Jennifer Lopez and Marc Anthony.

It will be the largest gathering of the show’s alums ever. Read more from The Column.