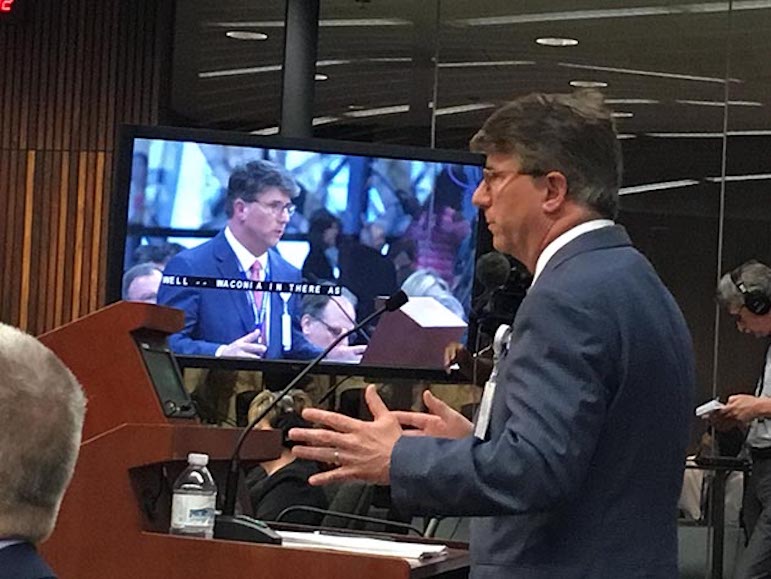 Hennepin Healthcare Chief Medical Officer Dr. William Heegaard testified June 26 in front the Hennepin County Board about a halted study on the use of ketamine as a pre-hospital sedative. Photo via Downtown Journal.

In a recent decision, Minneapolis City Council members voted 10 – 3 against funding an independent investigation of the Minneapolis Police Department after a report asserting that officers improperly encouraged Emergency Medical Services to administer ketamine to people in police custody. The investigation, recommended by Mayor Jacob Frey, was to be led by acting U.S. Attorney General Sally Yates and King & Spalding LLP, the Atlanta-based law firm where Yates is a partner.

“This is something we all agreed was necessary just three short months ago,” said Council Member Linea Palmisano (Ward 13). “We heard from the community. Their asks were clear. They wanted to get to the bottom of what happened between EMS personnel and our Minneapolis Police Department. They wanted to ensure impartiality, so they asked for the investigator have no Minnesota or Minneapolis ties.”

Find out the full story at Downtown Journal.

At the Cultural Wellness Center in Minneapolis, executive director Atum Azzahir hopes to center culturally-informed mental health solutions for Black people and people of color. The center’s approach attends to historical trauma, racism and community-centered healing, making it quite different than mainstream mental health practices. The practice is intended to be holistic and spiritual as well.

“Cultural wellness is both an approach and field of study,” said Azzahir. “The thing that is not talked [about] is this unbelievable rich storehouse of wisdom [among ethnic groups] based on the fact that people have been left out and forced out of mainstream society.”

Hoping to create a non-extractive financial model for Black people in North Minneapolis, Village Financial Cooperative hopes to open its doors in June 2019. The cooperative model, much like at a food co-op, means that members will own and derive benefits from the business. Additionally, with the support of Mayor Jacob Frey and several City Council members, the city of Minneapolis is hoping to allocate $500,000 to the business from the city budget.

“We are making sure that we have credit unions that are owned and led by folks that are carrying the burden that the injustice that our current system has burdened us with,” said Director of Development Me’Lea Connelly.

Get more info at MinnPost.