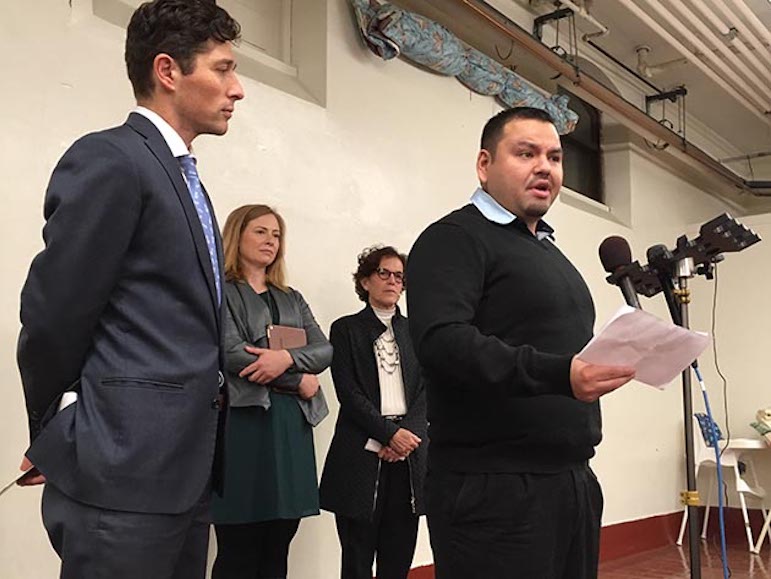 Minneapolis Mayor Jacob Frey is implementing policy which requires all Minneapolis Police Department squad cars to carry newly made placards which inform potential immigrant detainees of their rights. The cards are written in English and Spanish and note one’s rights not to inform police of their birth country, immigration status or citizenship status. This policy comes at the reluctance of the Minneapolis police officers union; Lt. Bob Kroll said, “We’re all for immigration, but if people are here illegally they aren’t subject to our rights.”

In regards to his decision to implement the placards, Mayor Frey said, “Our immigrant community is a huge part of what makes Minneapolis an amazing city. And as mayor, I have an obligation to do everything I can to make sure their talents and their contributions stay right here in Minneapolis.”

Read more at The Downtown Journal.

Three instructors at the University of Minnesota, Jenifer Vandek, Kendall King, and Martha Bigelow, who all specialize in second language acquisition, recently published a report on how using the social media platform Facebook can offer immigrant students a more accessible  medium for learning. Because many of the students use Facebook in English, they are better able to communicate and practice language skills on this familiar platform.

“The cool thing about bringing social media into the classroom is it gives the students a chance for authorship that has legs and reach and actually makes them feel like they’re participants in the digital world,” said Vanek. “They can choose their representation. And it’s really important for the efficacy of a student to be able to feel they have that control and that engagement.”

The full story can be found at MinnPost.

Rhetoric used by Chris Gaubatz, the keynote speaker at the Chisago County GOP Dinner on Sept. 28 in Forest Lake, exemplified the Islamophobia that has become increasingly common among Republican politicians in recent years. During this crucial election season, he efforts of Gaubatz and others like him to instil public fear of Muslims is increasingly successful among right-wing politicians and voters. Anti-Muslim rhetoric continues to perpetuate public mistreatment of Muslims and threatens their safety.

“We found people in the past didn’t like Muslims but did not attack us too much about these things. Nowadays, just about everything we do is subject, at least online, to trolls … Incidents of hate messages in the last 12 months have skyrocketed, more than 1,000 percent,” said Asad Zaman, an imam and Executive Director of the Muslim American Society of Minnesota.