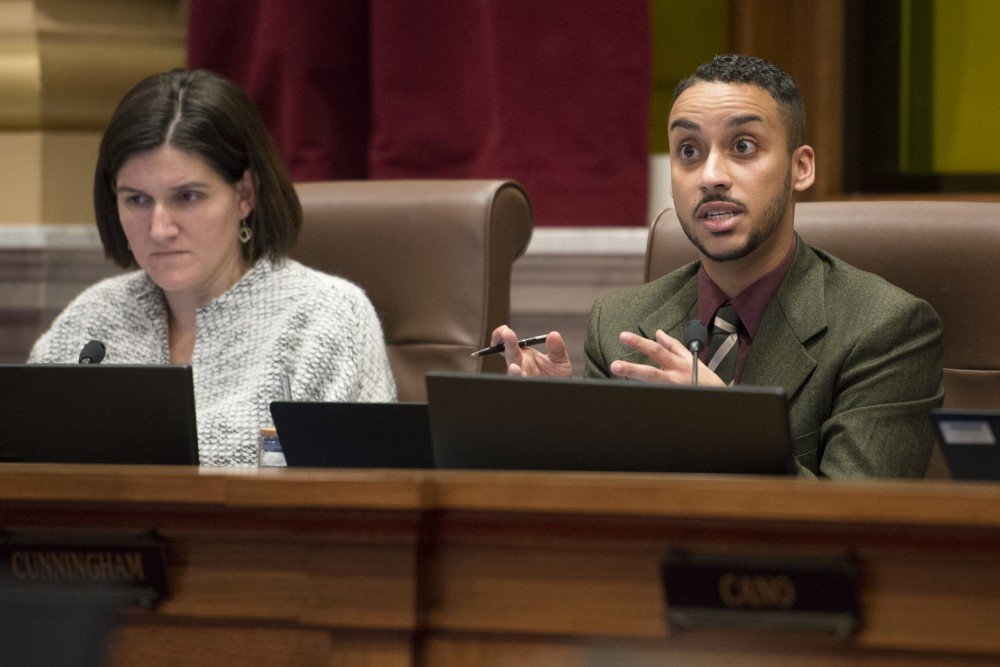 A Minneapolis City Council committee discussed plans with law enforcement and a local nonprofit to combat heightened sex trafficking during the Super Bowl LII on Jan. 18.  As reported by the Minnesota Daily, the Minneapolis Police Department is using undercover operations and building relationships with the hospitality industry to combat the issue. In addition, 12 community organizations formed an Anti-Trafficking Response Committee.

“We know sex trafficking occurs. It occurs every day. It’s going to occur well after the Super Bowl has come and gone,” said City Attorney Susan Segal during the meeting of the Public Safety and Emergency Management Committee. “But we are improving our response. We are coordinating our services … and working towards prevention.”

To learn more about Minneapolis’ plans to counter sex trafficking as people pour in for the Super Bowl, read the full story from the Minnesota Daily.

As the population in North Minneapolis increases, residents are increasingly finding it difficult to pay for rent. According to the North News, affordability, gentrification and control of housing properties are three major components contributing to the renting issue in North Minneapolis.

“There’s an overpopulation of people coming in from other states, swallowing up, buying because they can, any and all of the housing, doing minimal work to the unit and putting it out there for an extreme amount of money,” Harper said. “And people in their neighborhood just have to deal with it. It’s not fair.”

For more details, read the full story from the North News.

The St. Paul Police Department is seeking community feedback on a draft of their new use-of-force policy, according to the Pioneer Press. The draft includes an updated graph outlining appropriate police response depending on the suspect’s actions. The police department is taking draft feedback on their website.

“In an interview last week, [St. Paul Mayor Melvin] Carter said he wants to ensure the police use-of-force policy will make a distinction between officers responding to someone who is “passively resisting” versus “aggressive behavior.” He also said the department’s policy should be clear that “our expectation is that officers de-escalate when possible.”

For more information, check out the full story from the Pioneer Press.