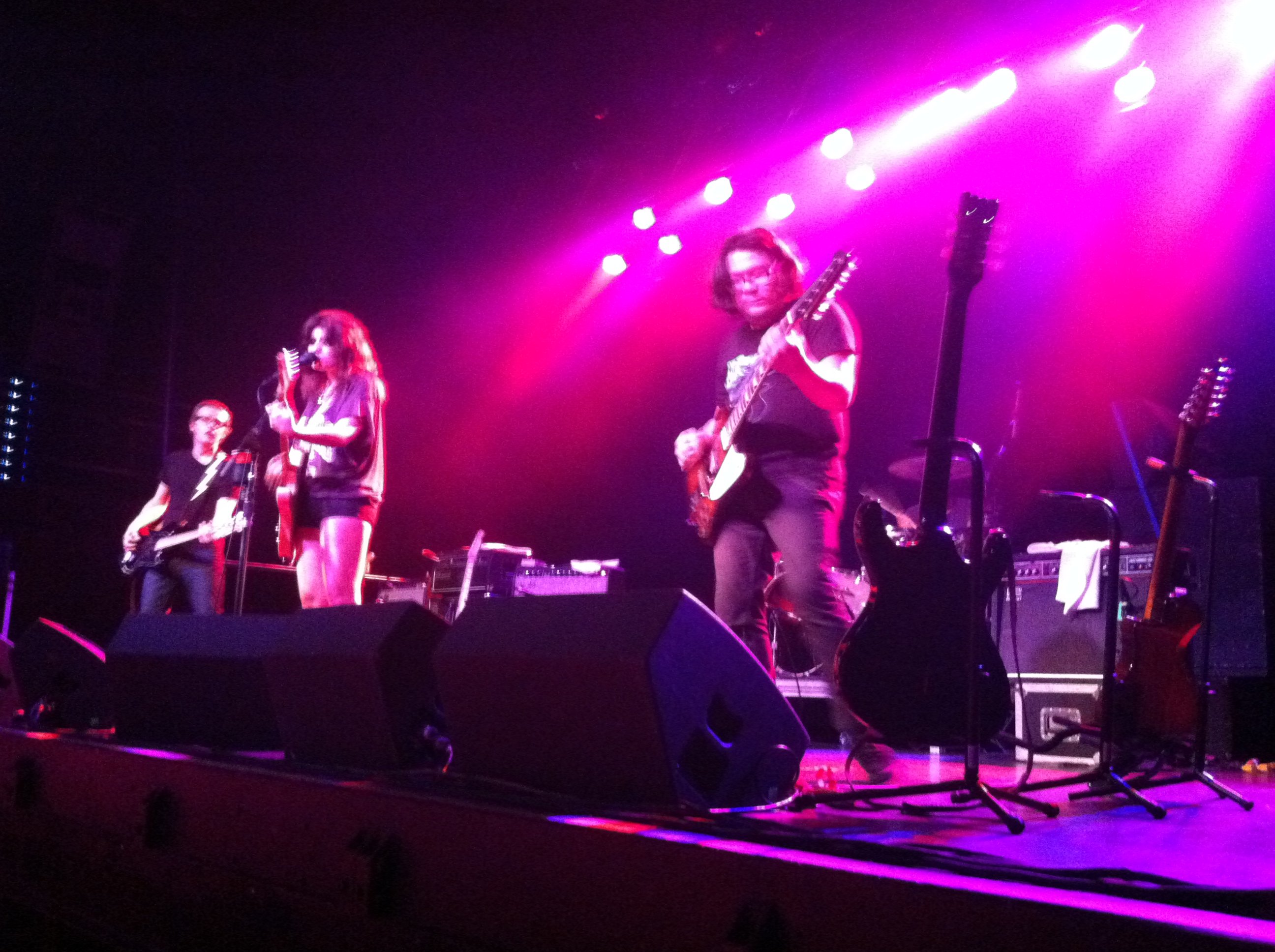 On Wednesday, July 31 I took my 14-year old to First Avenue (her first time) to see Best Coast and Prissy Clerks. I had thought about the show but it was Lily who got me to go and I’m glad she did.

While I spied a few of my contemporaries, Lily was definitely closer to the target demographic for the show but I guess that’s to be expected with a band that sings about boyfriends, the summer and unrequited love. The first half of the show included a number of angsty slower songs, which the diehard fans around us seemed to love in an unrequited angsty way that only someone about 20 years old can do. That crowd appreciation did make the songs more fun for me but I still preferred the faster songs. If the drummer was sweating, it was a good song to me.

The second half of show picked up the tempo considerably. The music has a blend of slightly beachy pop and 90’s grunge sound to it. The Only Place, which seems to be their song getting the most air time locally, is a little poppier than the band itself or the live performance has a harder edge to it than the recorded music. Either was I was pleasantly surprised with how much I liked the music – and I was especially interested in some of the newer songs they played. (Lead singer Bethany Cosentino let slip that the new EP will be out in late September.)

The official show ended with a nicely rocking version of “Let’s Go Home.” There was a two-song encore that ended with Boyfriend–a song with beat and theme that harkens back to earliest days of rock and roll.

I was excited to see the Prissy Clerks too as I missed them at the Movie and Music at the Walker on Monday. I wasn’t disappointed. The band looks like A Geeks Who Drink poster–only younger and cuter. The sound is fast and reminded me of Minneapolis bands I used to see in the 80s and 90s–Clara Slayer’s voice could easily cover any Tetes Noire song although the songs are faster and the lyrics are darker a little like the Blue Up. I look forward to seeing them again sometime soon.