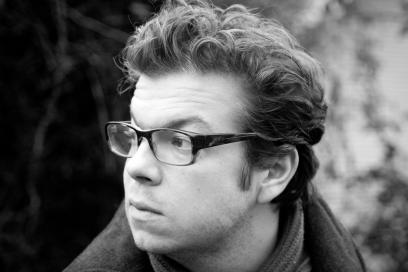 I recently had the pleasure of reading internationally acclaimed poet Ben Lerner’s debut novel Leaving the Atocha Station, forthcoming from Coffee House Press. Lerner, who is the author of three books of poetry—The Lichtenberg Figures, Angle of Yaw, and Mean Free Path—is a native of Topeka, Kansas and currently teaches at Brooklyn College. He is young (only 32), talented, well spoken, and impressively modest about his new work.

Leaving the Atocha Station chronicles, as Adam Gordon, the book’s protagonist, puts it, his “year abroad, a year cast out of the line of years, a last or nearly last hurrah of juvenility.” In Spain on a poetry fellowship, Adam is consistently unsure of exactly what his fellowship project is, who he is, or what he is even doing in Spain, always on the cusp of returning home to Kansas out of shame or frustration. His academic “research” involves taking varying amounts of prescription pills (his array of doses coming from a year’s supply that his doctor gave him before his embarkment), smoking hash (the purchase of which, from friendly African drug dealers, although frowned upon by local authorities, does not put him in any danger), and engaging the locals in conversation.

Of all his exploits and experiences, his interactions with Spaniards in their native tongue (his “research” requires that he not speak any English while abroad) are the most interesting. Adam, during and after nearly each interaction, expresses to the reader that he may not have been understood by his audience, and may not have understood what was said to him, enabling him to render multiple meanings, and therefore decide which possible discussion he can react to best in fragmented Spanish. Of this, Learner, in an interview with Teddy Wayne, explains, “We never know how bad Adam’s Spanish really is. The only person who claims Adam’s Spanish isn’t any good is Adam; he develops relationships in Spanish, almost never speaks English while abroad, and as the book progresses, the two women that he’s involved with become increasingly frustrated by his claim not to be a fluent Spanish speaker. Since he believes his fragmentary Spanish allows his interlocutors to project all manner of depth into even his most superficial statements, he grows increasingly concerned that obtaining fluency will ruin his relationships—another instance in which actuality is experienced as a threat to pure possibility.”

Unreliable isn’t quite the word for Adam Gordon, as that implies a sense of intentional misleading by not only the character, but also the author. Lerner here isn’t intentionally trying to dizzy the reader with tales of a young poet abroad, waxing intellectual with his literary Spanish acquaintances. Rather, Lerner has woven a foggy, neurotic narrative that can be deciphered by any of those who were once young and unsure of themselves. I beg of anyone who picks up this book to not be deterred by the discussions of foreign poetry or politics contained therein (which are tempered expertly with humor), but rather to read the book and let the experience of this timidly talented, anxious youth wash over you like the fake tears of a burgeoning poet who has lied to a woman about his mother dying.