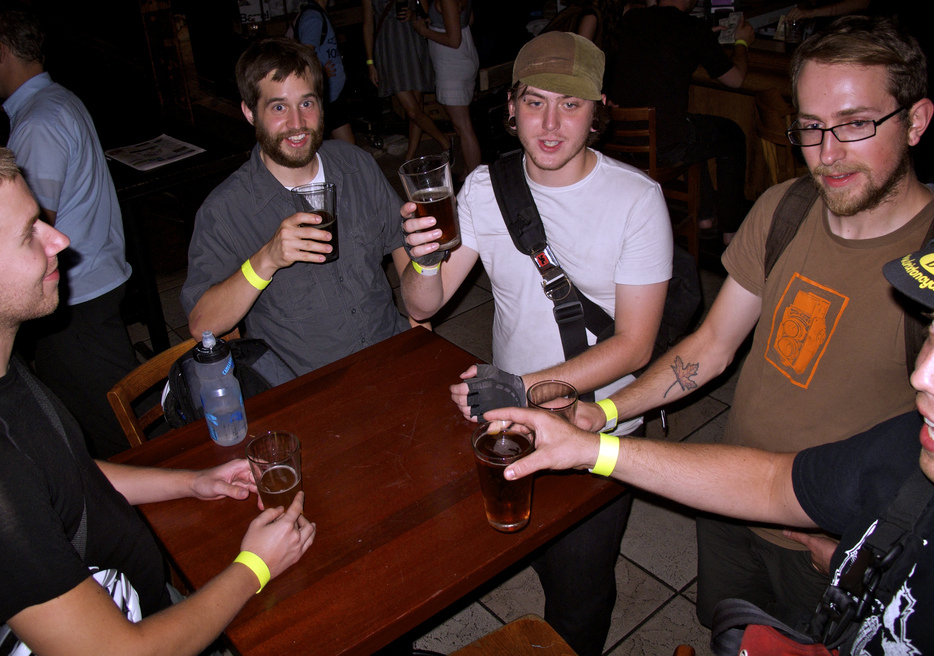 Yesterday, Chris Roberts of MPR officially broke the long-anticipated news that Bedlam Theatre—a longtime leader on Minneapolis’s independent arts scene—is opening a new space in Lowertown St. Paul. The new space will be a “theater nightclub,” serving both social and artistic purposes much in the manner of Bedlam’s beloved West Bank space, to which Bedlam lost its lease two years ago.

On social media, reaction to the news has been ecstatic. Enthusiastic welcome messages were posted on Bedlam’s Facebook page by St. Paul theater companies Blank Slate Theatre and the Gonzo Group. Also on Facebook, Carl Atiya Swanson—a theater artist and Springboard for the Arts employee—called the news a “big win for Lowertown and for Bedlam Theatre.” Comments on Carl’s post and its several shares included:

• “I can just jump on the light rail in Mpls that says ‘BEDLAM.'” (Greg Tromiczak)

There was some confusion as to Bedlam’s plans for Minneapolis—the city where it currently occupies a temporary space in Seward’s Vine Arts Building. In response to a comment that “Minneapolis’s loss is St. Paul’s gain,” Erik Zakis clarified, “Actually, Bedlam hopes to open a Minneapolis space, as well! But I am thrilled to have them to be biking distance from me again! Woo!”

On Twitter, a chorus of approval came from voices including the Varsity Theater’s Todd O’Dowd (“Hell YES!”); Irrigate Arts (“Welcome! Yay. Happy clapping.”); artist Robyn Hendrix (“So much yay!”), blogger Erica Mauter (“Ooh! Ooh! That’s exciting!”), and Springboard for the Arts’ Laura Zabel (“Yahoo!”). Meanwhile, Jon Collins rooted for the Mill City: “Come on, Minneapolis. We need a romp.” (A “romp” is the name given by Bedlam to the company’s rowdy cabarets; not to be confused with a “Bomp,” the down-and-dirty dance night formerly held at Bedlam’s West Bank space.)

Even the other Bedlam Theatre chimed in. “Sounds fun,” tweeted the UK company. “You’re inspiring your cousins in Edinburgh to follow suit.”

“Bedlam Theatre East” has already been created as a venue on Facebook, with a first check-in by—appropriately—Scott Pakudaitis, the Twin Cities’ most avid theatergoer, who was also celebrating his birthday on the day the news broke.

After the initial enthusiasm dies down, Bedlam and its supporters will be waiting to learn the answers to some potentially vexing questions:

• Can Lowertown support a new theater nightclub? Is Bedlam’s new space too far from its core constituency? With many of its most loyal patrons carless, will the new Bedlam venue be able to hang on from its planned opening this fall until the light rail arrives in 2014?

• Will the resourceful but small company be able to sustain two separate spaces? When and where will the company open a new Minneapolis space?

• Will this be, as hoped, a shot in the arm for St. Paul’s theater and arts scene? Will Bedlam be a beacon for other companies to open up shop in Lowertown?

Update 7/26: Robyn Hendrix has written a blog post expressing her hope that the new Bedlam space—and Lowertown generally—will thrive. She urges the Lowertown community to come out and support the new venue, and vents some frustration at what she sees as an all-too-common perception that St. Paul is a risky place to open up shop.

“Honestly, I think I’m beginning to develop an internal nervous tic when I see media over-emphasizing the idea that it is difficult to get to and see things in St. Paul. I wince a little bit whenever I hear a radio DJ promoting an arts or culture event in the capital city, but then tagging on the defeatist line ‘So, if you happen to already be on the other side of the river…’ St. Paul seems doomed to be the perpetual ‘other’ city. This type of language undermines the very event being promoted by suggesting that it is not good enough to warrant driving 12 miles or so without some other excuse to be in the neighborhood. Can’t a music or performance event or art opening BE the primary reason?”

Read the rest of Robyn’s post here. Also in her post, Robyn expresses some confusion about exactly what I’m trying to do with this post you’re reading; I’ve posted an explanation here.

What do you think about all this? Share your thoughts as comments below, or tweet them to @ArtsOrbit.