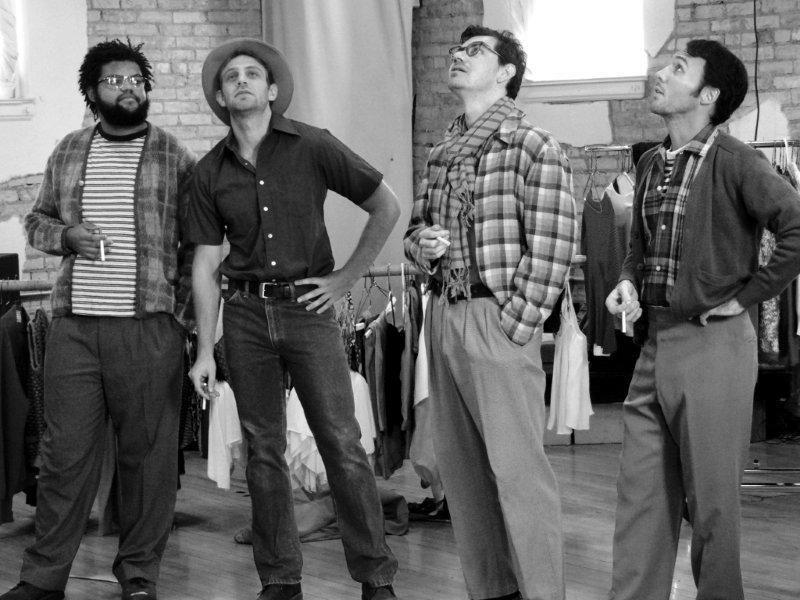 There’s a lot to admire about Sandbox Theatre’s new show Beatnik Giselle. There’s some superb dancing, the music is expert, and much of the Beat poetry recited by the characters genuinely comes alive. The show falls victim, though, to a pitfall common to devised theater: though the bodies move, the plot doesn’t.

Beatnik Giselle has been years in the making, and that time investment shows. The show is an ambitious marriage of movement, music, and text, and nothing feels sloppy or accidental. There’s some fine dancing—notably, strong partner work between Hill and Meyer—and the music, performed by a live trio, nicely underscores the action. The show’s evocation of the Beat era feels authentic and textured, with Maynard G. Krebs stereotypes firmly banished.

Beneath that well-polished surface, though, is a limp drama and uneven performances. Performances on the women’s side are, to a one, histrionic. On the men’s side, Meyer is the standout as a preeningly bisexual Cassady; Hill and Langason effectively underplay in contrast, but Miller as Kerouac seems uptight and nervous, hardly the charming rogue the role demands.

Perhaps the most fundamental problem with the show, though, is that as the initially confident characters reveal their vulnerabilities, they tend to reveal themselves as being either (a) unlikable assholes or (b) tortured souls with whom we are made to suffer. By the time the lights came up, I was thinking of a line my aunt sometimes uses in business meetings: “You can visit Pity City, but you can’t live there!”