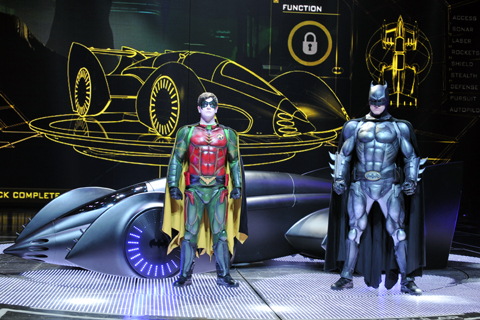 Batman Live opened at the Xcel Energy Center Thursday night. It’s one part Batman: The Animated Series, one part Grant Morrison a la Batman & Son, two parts Dick Tracy, and a hefty spoonful of Cirque du Soleil. It was less a Batman story than a Robin one, which has the potential to be groan-worthy unless you’re going to tell Robin’s story right; and Batman Live did. Plus, if the show is going to primarily feature Gotham’s finest acrobats, I guess the Flying Graysons are sort of unavoidable.

It doesn’t take a Batman fan to appreciate the live show. The staging is complex and nightmarish, taking advantage of the audience’s depth of perception at times with tiny buildings and giant slanted stage props, only to then punch your perspective in the face by having a character interact directly with the wonky set. The first time the video on the giant background screen pulled back to reveal that the two-dimensional scene we’d been viewing was just one pane from a larger Batman comic, the success of Batman Live was clinched: this isn’t a depiction of real life, it’s opening a comic book and having the characters and story literally leap out at you.

You’ll happily forgive a lot—like campy over-the-top performances and minutes-long acrobatic routines—when you know you’re ducking your head into a fantasy comic world. In fact, my favorite moment was my favorite because it felt like a deliberate reenactment of a stylized comic panel. The point, as Alfred deftly points out to Bruce Wayne, is that he’s going to be facing a good chunk of his rogues gallery. And indeed he does, in one spectacular scene wherein Batman, his back to the audience, watches a wall of backlit villains approach him, a stilted Scarecrow waving his arms maniacally at the back and Joker (think Beetlejuice voiced by Mark Hamill) front and center. Like so many painted action figures, they march deliberately toward the caped crusader in a panorama worthy of a full splash page.

Batman Live is sort of like Spam. Whereas the lunch product combines what was presumably a bunch of delectable meats all on their own and produces a surprisingly palatable meat-like substance, so Batman Live chucks a handful of the most well-known Bat stories in a food processor and produces an effective, albeit watered-down, Batman story arc. Little Bruce’s tragedy outside the theater parallels almost immediately with a flash forward to the parental Grayson units plummeting to their death. Sure, we’re hit over the head a few times with the whole “Your parents died! And mine did too!” character schtick, but an all-ages appropriate show can’t but be a bit heavy-handed with its tropes.

Despite its need to cram as much Batlore into an hour and a half as possible, Batman Live actually does something that the very best Batman comics should strive to do: give you a glimpse into the larger universe, contextualizing Batman within a story beyond the particular plot immediately offered. Batman Live does this well twice. First, when Dick Grayson is listing off some of the amazing ways Batman has escaped death, Joker quips, “I did that, that was me!” The line gives you just a hint at the depths of Batman and Joker’s storied relationship. And second, at the end when Joker drops a line I won’t ruin for future viewing audiences, he briefly expands the plot’s potential into the DC universe at large. Good comic stories cross over not because borrowing is easy, but because continuity is hard; and Batman Live successfully positions itself as another player in a long and varied generic history.

The fight scenes, of which there are plenty, get way more entertaining once Batman isn’t on wires anymore. Imagine what it would be like to watch two people who are standing just slightly too far apart try to punch each other. It’s a little like this…

…and yet somehow still has you doing this…

…because it’s so awkwardly hilarious. Of course, I’ve never tried to fight someone while tethered to the ceiling; I suppose I’d be pretty clumsy about it too. The choreographed fights with feet firmly planted are much smoother, in particular a delightful neon-colored scene in which Batman takes out a whole gaggle of Joker’s henchmen armed with staffs.

If you want a gritty real-world Batman, I believe Christopher Nolan made some films you might enjoy. If you want a little taste of the Batman you remember watching during your Saturday morning cartoons over a bowl of Fruity Pebbles, a Batman who dramatically kisses Selina Kyle while both are standing at angles that look good but seem pretty awkward for kissing purposes, and also want to watch some stuff explode (duh), you’ll probably enjoy Batman Live as much as I did. 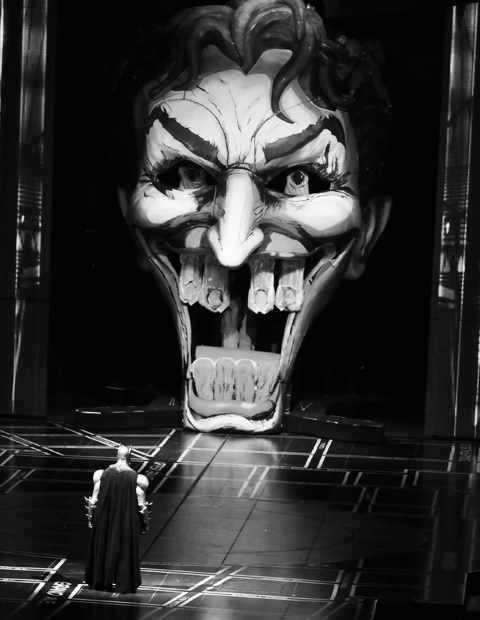 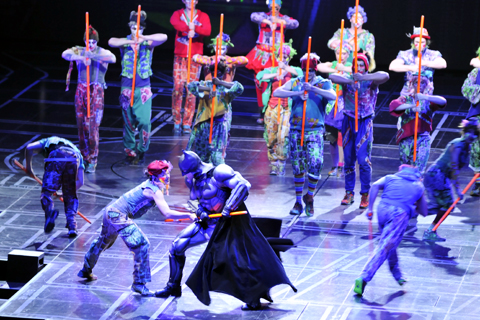 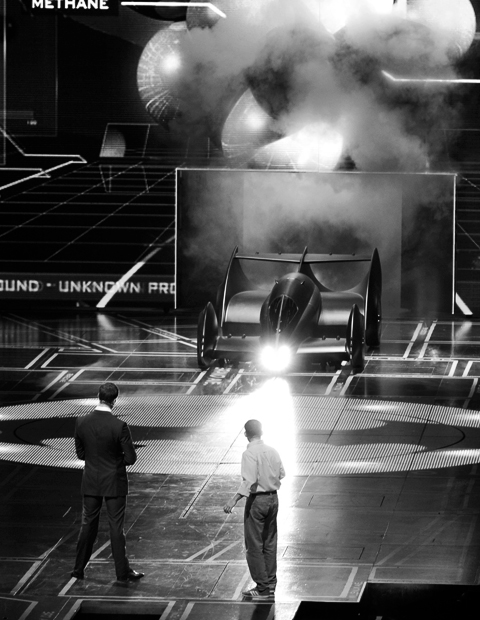 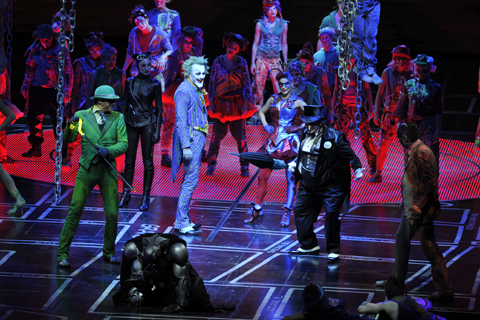 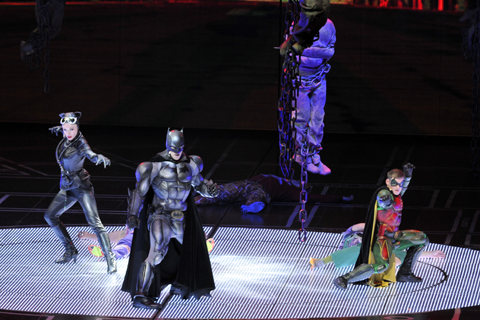