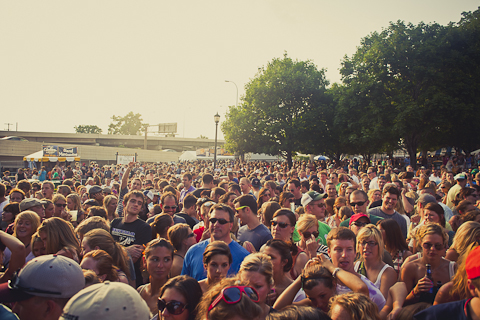 Presumably because they had bigger fish to fry this year, protesters have gone easy on the Basilica Block Party—an event that last year inspired a firestorm of complaints about the Catholic Church’s views on homosexuality. This year’s lineup includes Train, Cake, the Avett Brothers, and O.A.R. The Daily Planet will be covering it, after some internal discussion. When I posted in our contributors’ Facebook group asking whether anyone wanted to cover it, one photographer replied, “I would, but I disagree with the Catholic Church on civil rights issues.” Another added, “I disagree with Train.”