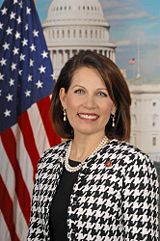 U.S. Rep. Michele Bachmann is giving Politifact’s “Lie of the Year” a new lease on life by helping death panels limp into 2010. According to Bachmann, “unelected bureaucracies will decide what we can and can’t get in future health insurance policy. That’s why they’re called death panels.”

Her comments are apparently proof that truth doesn’t travel upstream. U.S. Sen. Chuck Grassley of Iowa spent much of 2009 propagating the death panel concept, but by year’s end had disowned it. From a Dec. 10 communique (pdf):

Some commentators took my comments and twisted them and even quoted me as saying the House health care reform bill would establish death panels, and this was incorrect. I said no such thing.

Bachmann apparently didn’t get that memo.