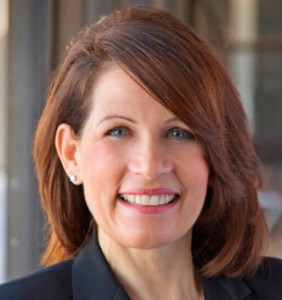 While Rep. Michele Bachmann was acting a tad like a presidential candidate last night — she held a national conference-call rebuttal to Barack Obama’s address with bloggers — she tells Newsweek she’s not interested in running for the nation’s top job in 2012.

Despite how Newsweek frames it — she “won’t hear of” a 2012 bid — Bachmann’s statement doesn’t definitely diss the buzz about her possible Oval Office ambitions, though:

“I am focused 100 percent on serving my constituents.”

Earlier this week, Bachmann didn’t make The Daily Beast’s top-10 list of 2012 GOP presidential contenders — Gov. Tim Pawlenty did, at number two, right behind Mitt Romney — but she did get a parenthetical “longshot” mention. Still, the “improbable” designation given for Bachmann by Beast writer Mark McKinnon has her ranked higher than Dick Cheney, whose presidential chance is listed as “impossible.”

…Congresswoman Bachmann gave her thoughts on the speech, saying she thought it would backfire and that the content of the speech were filled with fabrications and falsehoods. She talked about the voting process for the Bill and about the Public Option being the deal breaker for many from both the left and the right, but for different reasons.