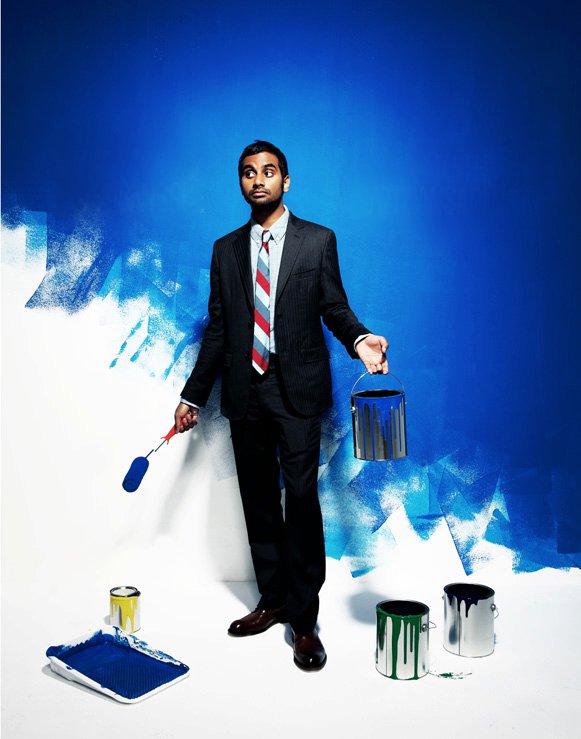 Even gifted artists sometimes work harder on their way up to stardom than they do when they get there. Jamie Foxx used to do killer comedy on the groundbreaking show In Living Color, but after he become a name himself, he did stand-up that phoned it in.  Even the wonderful Wanda Sykes, as generally engaging and entertaining as she was last year headlining the Orpheum Theatre, was, several seasons ago, so strong opening for Tommie Davidson that her performance was worth the ticket price while his was weak as diet water.  The talented Aziz Ansari, who a while back was hilarious opening for Kathy Griffin at the State Theatre, on April 6 at the same venue simply was not the same comic.

Well, in point of fact, it was the same fellow in terms of timing and persona. His material, though, had nothing to it—and the Twin Cities was a perfect place for one of the routines he did. You can’t swing a dead cat around Minneapolis and St. Paul without hitting an interracial couple, which makes this a priceless opportunity to make the most of the bit where Ansari makes fun of folk who don’t like the idea of him having sex with white women. But all he does is what amounts to such to sticking out his tongue like a brat you’d love to smack but can’t reach. There’s no wit to it. Nothing subtle at all.

Another potentially rich subject was poorly handled. Kids. Few things are funnier than some of the things they do, and from Bill Cosby to Richard Pryor to Sykes, ad infinitum, a deft comedian can have a crowd laughing itself by joking about grown-ups’, whether they’re parents or not, attitude toward or reaction to children. Ansari came up with one witless riff after another that, him being a bachelor, was supposed to punch how parents make way too much to-do over their little darlings’ abilities. Like being able to walk. Honestly, anyone who’s ever had to sit throw some proud papa or mama gushing over their precious little ones, basically congratulating them for breathing, understands where Ansari was going with the subject. He just never got there. He spent the whole show—both the early and the late performance—not getting to point after point with any kick to his punch lines.

Which really is too bad. A professional of Aziz Ansari’s prowess passing off such a lame performance is like a high-class clothes horse strolling around in a Ralph Lauren suit and Payless sneakers.