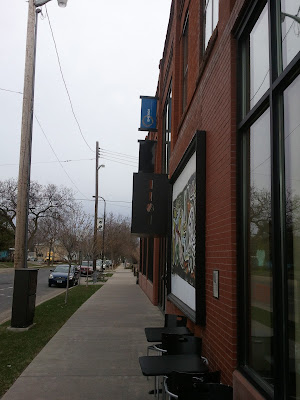 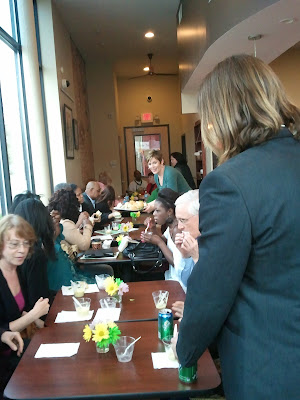 Although the Avenue Eatery has been operating for a little while now, Wednesday marked the official grand opening.  I stopped by to see what they had to offer, but first went to The Lowry Cafe by mistake.  Somehow I got it in my head that The Lowry Cafe was opening instead.  But this is a good problem to have; two new sit-down cafes that serve healthy food are opening in NoMi within short periods of each other.  Like many grand openings along Broadway, the Avenue Eatery event was attended by a veritable who’s who of NoMi.  Neighborhood board members, residents, and people who work over north crowded into (and sometimes out of) the coffee shop to welcome a new business into the community.

NoMi photographer Pat Carney was on hand to document the event, and surely he got better photos than I’ll post here.  A link to his photo album will be added when that’s online.

I had to struggle to make my way over to the counter in order to buy some cheesecake (which, by the way, was fabulous) because…

…Eatery employees were snaking through the crowd with plate after plate of free appetizers.  First up was their ice cream, 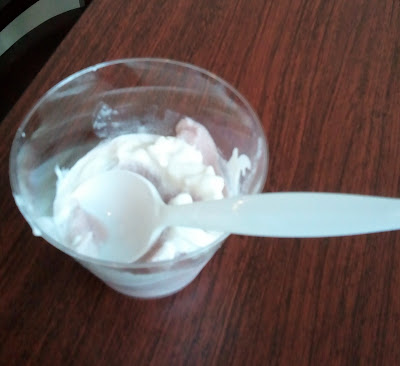 which was appropriately brain-freezing and will surely hit the spot after a long bike trip this summer.

After that, I tried this mini-sandwich with what I think was salami and hummus, although I can’t be entirely sure.  It was so delicious that I wolfed it down before I even realized what was in my hand.  So I caught the next round of sandwiches, and grabbed the roast beef so I could at least get a photo.  Such is my dedication to citizen journalism. 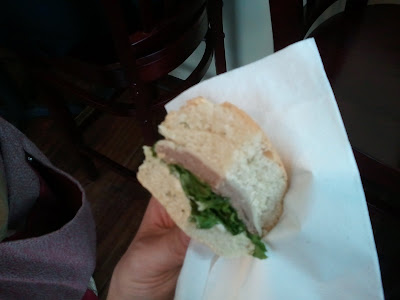 The broccoli soup was about average, but still a cut above most any fried food fare you’ll encounter along Broadway.

But the crown jewel of the establishment isn’t even inside.  The Eatery sought a special 24-hour permit for outdoor seating for opening night, and they are in the process of applying for a permit that would allow the seating to be permanent.  Count me in as a supporter.  I’ve been pushing for more outdoor dining options in NoMi for quite some time and I’m thrilled to have businesses that take pride in our community in this way. 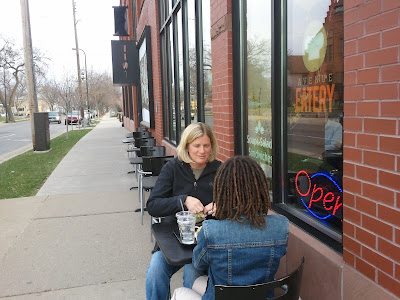 Avenue Eatery, welcome to the neighborhood!