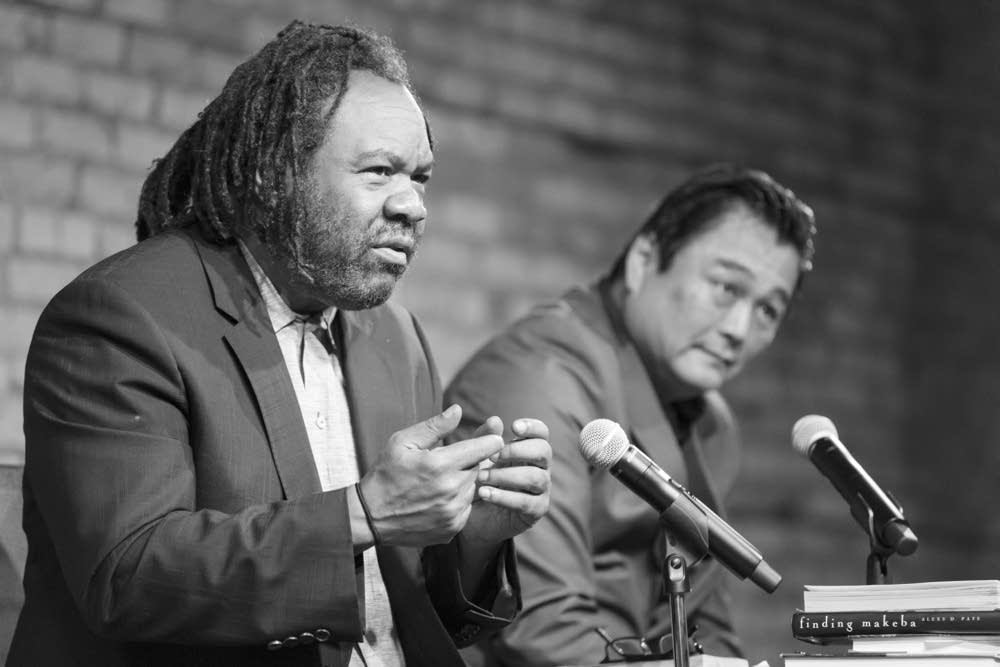 In educational institutions, the terms “safe space,” “safer space” and “positive space” were originally used to indicate that a learning environment did not tolerate anti-LGBT violence, harassment or hate speech towards students. The terms have since migrated outside of these settings and been extended to refer to an autonomous space where individuals from many historically marginalized groups can gather to communicate or simply escape their realities. The popularity of the term “safe space” has come under some criticism on the grounds that safe spaces stifle freedom of speech and stifle dissenting (read: offensive) points of view. Critics also claim that employing safe spaces hinders outside access to sensitive information that needs to be available for discussion, especially amongst students in educational environments.

My college days are past but I currently make use of a couple of safe spaces, be they for women, people of color, black people, or various intersections of the above. I know safe spaces from the inside. For those on the outside, the term may bring to mind the September 2015 Atlantic cover story “The Coddling of the American Mind,” which declares that safe spaces are “where young adults are shielded from words and ideas that make some uncomfortable.” My siblings in California have a similar impression due to the parody episode on South Park, which may be some young people’s first exposure to the concept.

But during my talk with writer and educator Alexs Pate, he gave a more nuanced take on a safe space.

“When I think about safe spaces, I envision a place where people – especially children, and especially children of color – are understood,” Pate said. “A safe space for children is where adults can adjust their tone, tenor and expectations to match their understanding of the child. Physical safety is an assumed reality for children, but emotionally, children of color are exposed to lack of safety all the time, because of adults who are unable to see them as innocent.”

Pate is the founder and president of Innocent Technologies, a professional training company whose Innocent Classroom program works to undo the unconscious biases of teachers in order for them to better reach their students. It really works; its focus on authentic relationships has boosted teachers’ job satisfaction in addition to student graduation rates. The program has five years of success in Minneapolis and Omaha, and Pate is currently in talks to expand it to Reno as well as other cities. The goal is to change the way the world engages with kids of color.

When Pate speaks of innocence, he speaks of freedom from stereotype threat and self-fulfilling expectations of failure that students carry within themselves, as well as freedom from the negative expectations of teachers. The reality of the education system is that most teachers are white, even in schools that primarily serve students of color. When teachers enter the classroom, they bring in biases about students of color that affect the success of the students. (These biases, by the way, are less present in teachers of color, to the extent that the presence of teachers of color tends to boost graduation rates.)

The Innocent Classroom seeks to deliberately create a space that is safe from those stereotypes, a space where innate good is assumed instead of guilt, a place where understanding happens across racial lines.

“Our children are held in bondage by the stereotypes created about them,” Pate said. The work of the Innocent Classroom is to use intentional spaces as a step towards freeing them.

David Mura, a novelist as well as an Innocent Classroom trainer and interdisciplinary writer, created a similarly intentional space for adult writing students. Mura’s class, the Creative Writing for Writers of Color and Indigenous Writers class was created by the Loft Literary Center in response to community calls for an “intentional space where writers of color and Indigenous writers are free to write and speak openly about racism,” said the Loft’s executive director Britt Udesen. Both classes tackled the guilt imposed on people of color by the greater world, and both classes sought to replace that guilt with more productive emotions. Unlike Pate’s classroom, Mura’s space combats the negative influence of the external world by limiting its participants to writers of color.

Mura agreed that his students probably saw the class as a safe space, but his intention was a little different. He referenced his history teaching with Voices of Our Nations Arts (VONA), a writers’ workshop which began as a conference for Black writers but opened up to everyone in response to San Francisco’s multiracialism. White writers would occasionally attend during the first few years, but their presence shifted the dynamic.

The expectation that the Loft class was structured as it was for reasons of depth and complexity surprised me. On the face of it, the purpose of the space was equity, offering an overdue opportunity for writers of color to connect while at the same time studying writers often excluded from the literary canons –writers who share their heritages. While the Loft consistently offers useful and thought-provoking classes, those classes tend to be quite expensive. The cost reduces access to valuable resources, especially for writers already affected by widening racial disparities in education, income and more that affect access to arts education, the development of writing careers, and the voices represented in the greater world of literature. Bucking that trend, the Loft’s writers of color and indigenous writers class is a drop-in, sliding-fee-scale, lecture-based class with optional homework in order to maximize access and close these gaps.

“But once you say to make it [a space] more accessible to white people,” Mura noted, “how can you say race is not a part of that?”

The perspectives of white writers are often deemed universal because they ostensibly do not talk about race. Stories by people of color are sidelined as less accessible, with the assumption that writers of color can only write about their lives. Global stories, international stories, stories of post-colonialism and immigration are downplayed by publishing in favor of what sells to a primarily white and middle class audience. The publishing world often whitewashes books or movies to increase their appeal, with the reasoning that white characters are more accessible to wider audiences or that focusing on people of color is focusing too much on race.

But Mura’s class is a space designed to de-center all that whiteness and hegemony in creative writing, and instead issues of race are examined alongside issues of identity. And because issues of identity are a necessary part of craft, acknowledging race is a necessary part of craft. His argument is that culture is closely connected with politics, and that claiming your voice, race, history and culture is instrumental to develop political freedom and self-determination. This, Mura explained was the purpose of the class: to give people of color the power to shape reality by contributing their words and viewpoints. Anything less was dumbing down the goal of the class.

Mura’s view is that literature’s goal is to express a deeper and greater sense of reality. That reality is therefore incomplete without the voices of writers of color, just as how “Gone with the Wind” is an incomplete picture of slavery where “Beloved” fills in gaps. Any conception of reality without the voices of people of color is an incomplete picture, a lie of omission. And as Pate’s work demonstrates, that lie can have consequences in what people can achieve and who they become.

Pate expressed that he and Mura were doing the same work in different ways. Mura did note that he taught classes with all kinds of racial makeups, and that he teaches all his students what he taught in his Loft class, not just the students of color. In the final Loft class, he drove home its goal of preparing us students for the greater world.

We were to take part in predominantly white literary institutions and take over spaces that traditionally excluded us, because they were supposed to be ours. We had learned to critique colorblind universalism and resist self-stereotyping. Mura referenced the Audre Lorde quote, “the master’s tools will never dismantle the master’s house,” and stated that our goal was to create our own tools, and bring them to white spaces with the knowledge that our tools may be able to create change. We would become teachers, activists, storytellers, truth-keepers, reality-makers–whatever it took to pay forward the knowledge we were given.

Safe spaces may be stereotyped as spaces to escape the world, but they are often vital temporary places to envision ways to change it. Counterintuitive as it may seem, the safety of these spaces allows for deep, vulnerable, and experimental things to happen. And the restrictions placed on these intentional spaces can create more freedom in the long run. To quote the syllabus of Tananarive Due, speculative fiction writer and fellow teacher at the national VONA writing workshop:

“VONA workshops can get intense precisely because they are such a safe space. Instead of skating across the surface, we will be digging deeply into the cultural, racial, gender, sexual and societal factors that drive our creative work.”