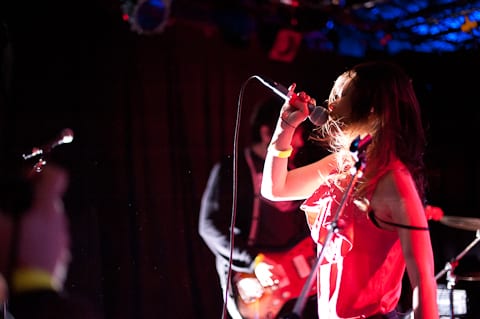 The 7th Street Entry is a great place to see music, but the close, dark venue was an incongruous fit for the sweeping sounds of Asobi Seksu and BRAHMS, who shared a bill on Tuesday night.

BRAHMS, the openers, are a New York trio who were making their Minnesota debut. Their look is straight out of the 2k11 alt lookbook: skinny jeans, knitted hats, sleeveless t-shirts and tight sweatshirts. Their demeanor and sound, though, harks back to the cinematic glam of 80s music by the likes of the Cure, Depeche Mode, and David Bowie; the result is kind of a Rocky Hipster Picture Show. The band are considered representatives of the “Coldwave” genre; the name certainly fits their prickly demeanor and gloomy goth sound. I imagine frontman Cale Parks (the band’s PR materials refer to him as “the band’s beat conductor and singer”) waking up, leaning on his bathroom sink, looking into the mirror, and singing a few of the band’s songs just to get him in the right frame of mind to face the day.

Asobi Seksu, a New York duo who are now ten years old (original name: Sportfuck), are no strangers to the Entry, and their sweeping strobe-lit set inspired considerably more dancing than you’d expect at a show by a band identified as performers of “dream pop.” With the songs flowing into one another often without interruption, the set was indeed dreamy: if we’d all been on the deck of a cruise ship, I think I might have died from bliss-out. Material from their brand-new album Fluorescence blended right in with fan favorites from their first four releases, melodies sung by diminutive but powerful singer Yuki Chikudate rising and falling in a rush of sound a la My Bloody Valentine. (Chikudate and guitarist James Hanna tour with bassist Billy Pavone and drummer Larry Gorman.) Asobi Seksu sound like four instruments and a voice rushing to squeeze through a song at the same time, and somehow the effect is exhilarating: the aural equivalent of a crowded dance floor. 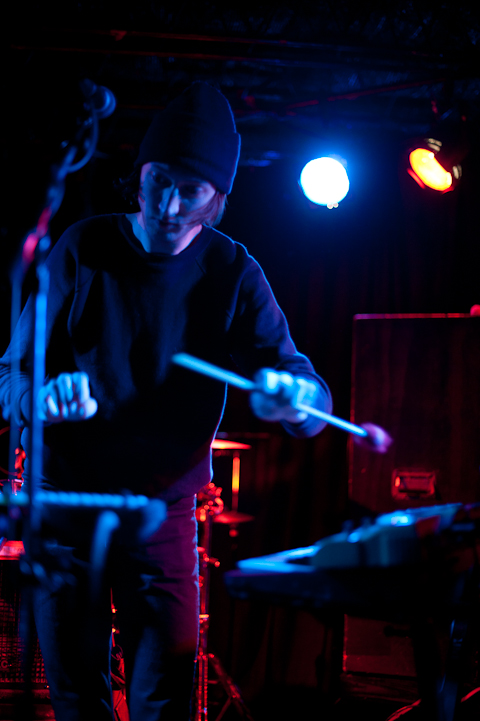 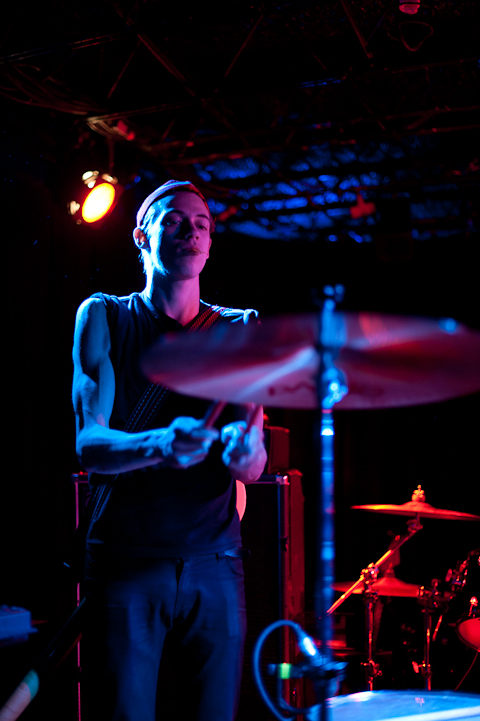 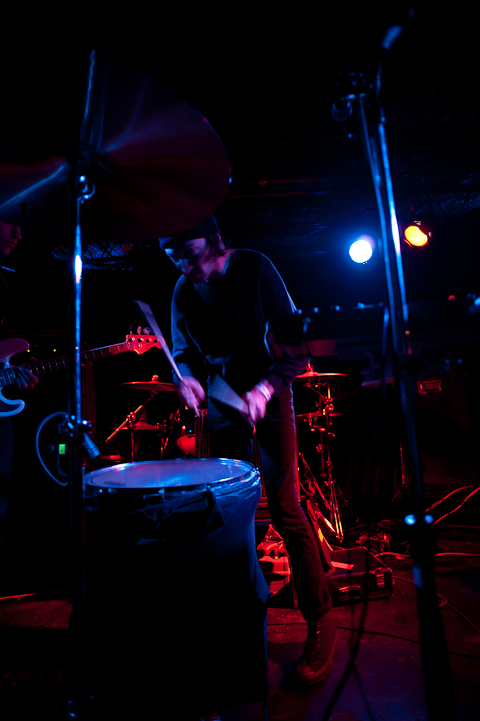 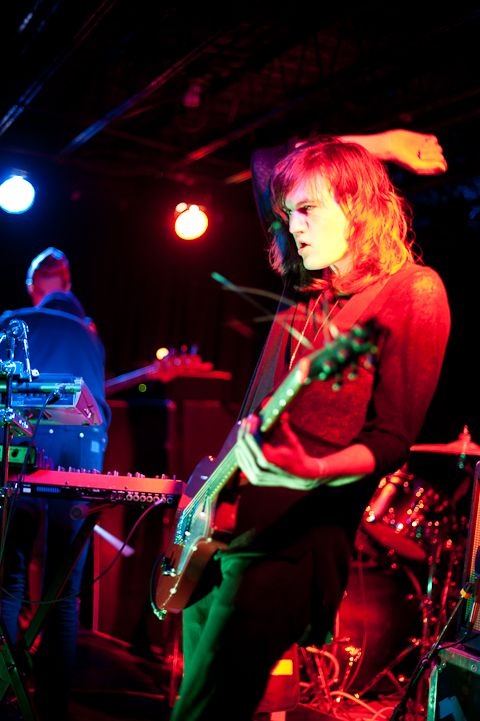 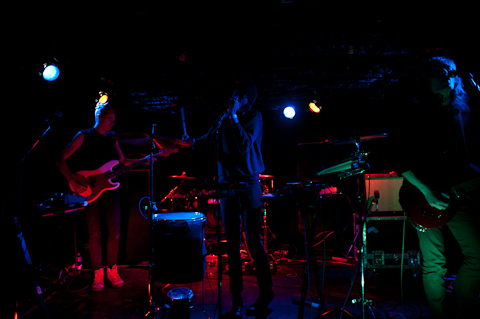 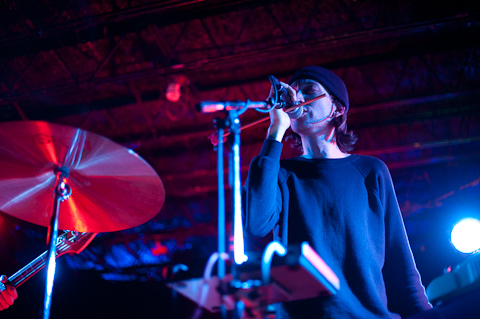 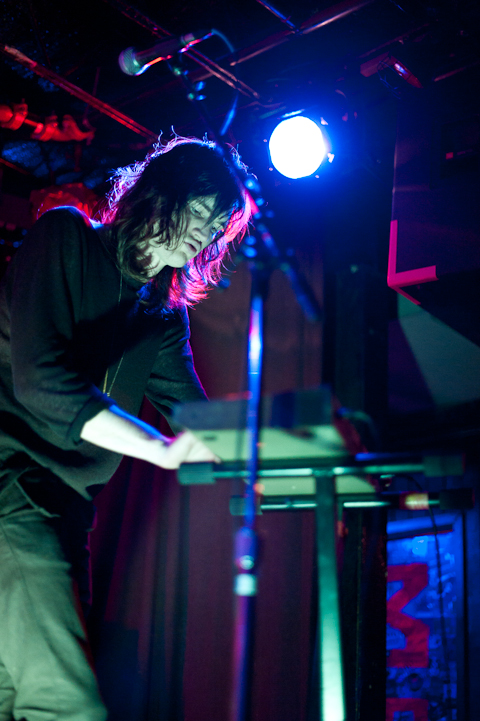 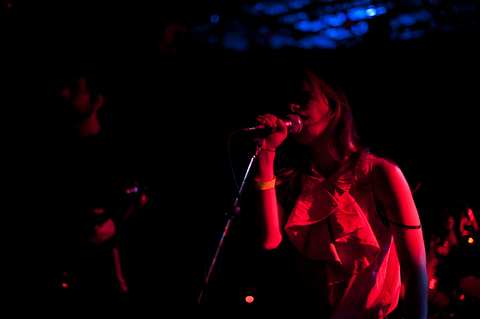 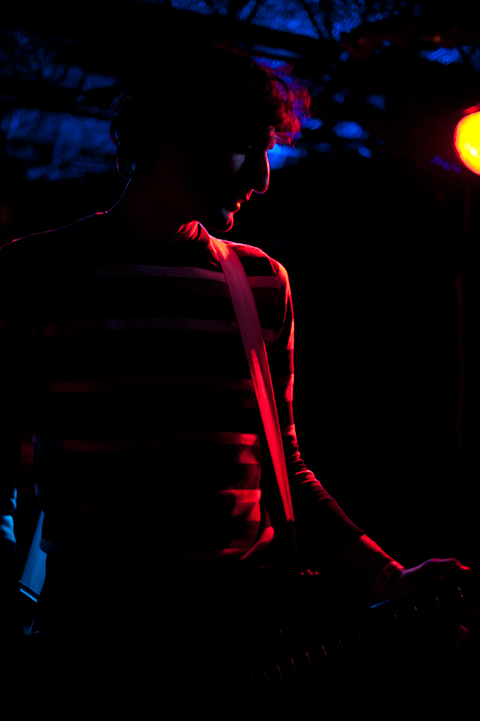 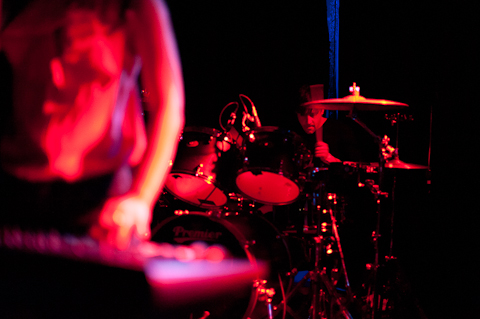 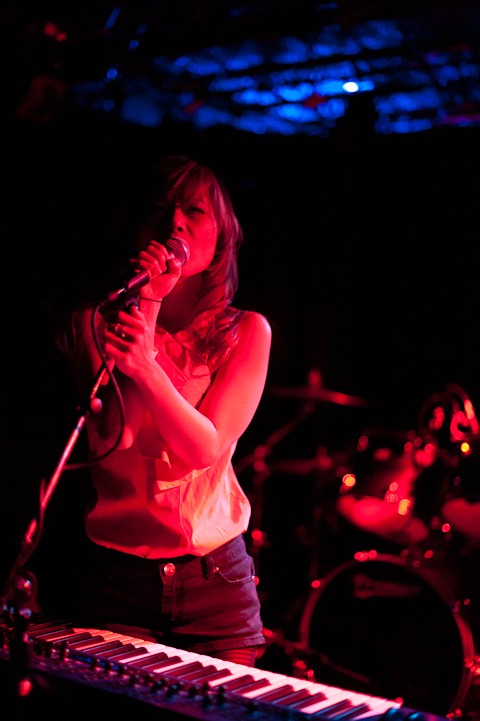 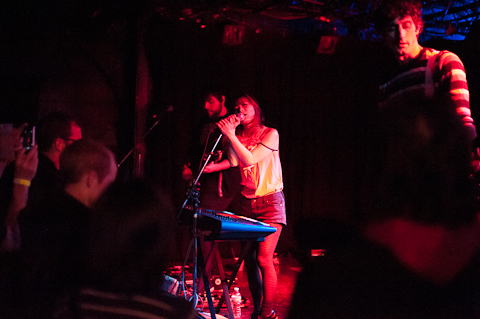