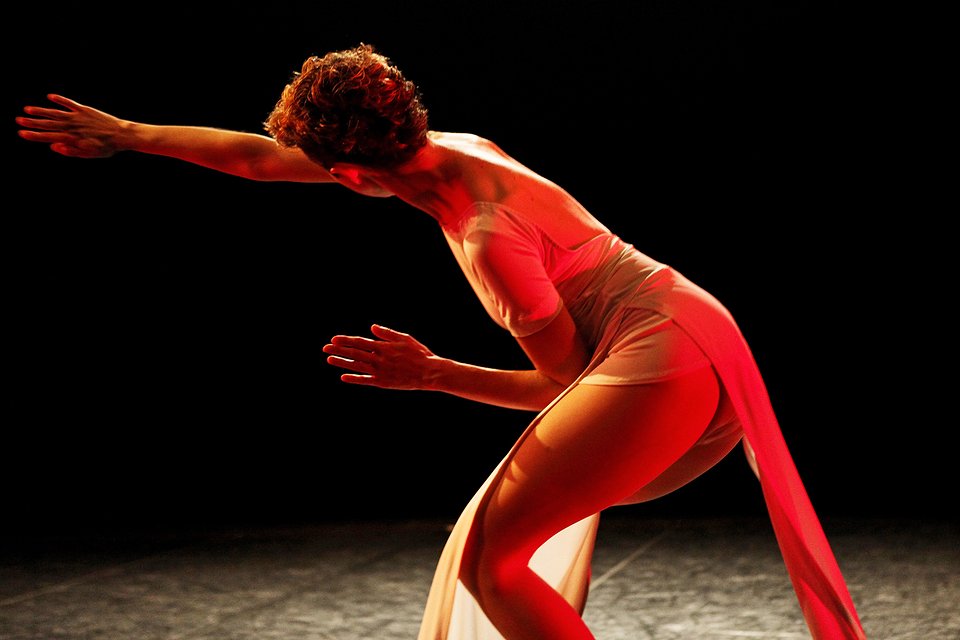 The final tour of the Trisha Brown Dance Company certainly had a feeling of finality. Proscenium Works 1979-2011 is a boxed set containing three retrospective dance pieces and Brown’s latest work, “I’m going to toss my arms—if you catch them they’re yours” which actually premiered in 2011. She has since announced her retirement from choreography with the company, assuming the title of Founding Artistic Director and Choreographer.

Proscenium Works was presented at the Walker Art Center from March 12th through March 15th. Opportunities to dig deeper into the legacy of Trisha Brown and her dance company included post-performance talks and a master class for advanced dancers and choreographers.

Though legacy trumped experimentation in this retrospective program, it was still refreshing to see the revolutionary aesthetics of the Judson Dance Theatre and Happenings of the 1960s carried into the 21st century. The restaging of Trisha Brown’s legacy works is accomplished without loss of dynamism with the help of associate artistic directors Diane Madden and Carolyn Lucas. The nine company dancers bring the works to life with their energetic movement exploration, game-playing and improvisation.

Brown’s approach to choreography exudes an almost scientific exploration of space. It is an anthropological investigation of body movement and a dada-like tendency to mix dance with found elements and other art forms. Her impulse to integrate the performance and visual arts is represented in Proscenium Works by her collaboration with avant-garde composers John Cage and Laurie Anderson. Her long time partnership with collage-artist Robert Raushenberg is an important thread connecting these works.

“If you couldn’t see me” was the final Brown/Raushenberg collaboration, originally performed solo in 1994 by Trisha Brown herself. Jamie Scott performed this work on Wednesday, March 12, dancing its entirety with her back toward the audience. By not providing the audience with a two-dimensional frontal image, Scott succeeded in making us more aware of her movement in three dimensional space.

The remaining three proscenium works were “Set and Reset”, “Astral Convertible” and “I’m going to toss my arms—if you catch them they’re yours.” Each dance was performed in a different artistic environment, created through the use of high-end and low-end technology. The integration of technology with dance is an important theme in Brown’s work and much of it reveals the influence of Robert Raushenberg.

“Set and Reset” is a restaging of the original 1983 performance. Rashenberg’s translucent cubes and pyramids showed projections of silent black-and-white moving images of crowds, marches, flying machines and machines of mass production. The dancers jumped in and out of the performances space wearing costumes, also designed by Raushenberg, with silk-screened reflections of the moving images. The dance presented playful geometric patterns as dancers cluster and dissipate, energetically criss-crossied the stage while smiling at the audience. Ironically, it had the feel of a happy-go-lucky version of the 1927 German expressionistic movie Metropolis.

“Astral Convertible,” with sound score by John Cage, was interactive before interactive was om style. Originally presented in 1989, Robert Raushenberg created a set of scaffold-like towers with practical lights that illuminate the stage in changing patterns. In the original production, sensors in the playing space allowed the dancers’ to interactively manipulate the lighting with their movements. In this production, the audience saw the dancers in futuristic silver leotards move through curtains of light with fascinating gradients of illumination.

“I’m going to toss my arms—if you catch them they’re yours” was Brown’s latest choreographic work for the company and harkens back to the heady days of “Happenings,” the avant-garde performances of the 1960s. The set, designed by Burt Barr, was an outrageous assemblage of industrial fans of various types and sizes, all blowing onto the performers like a mini-hurricane. The artistic environment, along with improvised musical accompaniment by Alvin Curran, provided Brown and her company with opportunities to infuse their movement with improvisation, interaction and non-matrixed movement. The flouncy costumes, designed by Kaye Voyce, caught the wind and were literally blown off the dancers. The audience saw the errant costume pieces blowing across the stage and the dance company rollicking in various stages of undress (luckily everyone was wearing a leotard underneath).

Unfortunately, the company of dancers set to disband soon after its final tour. The Trisha Brown organization has set its sights on reinventing itself as an educational institution providing workshops, lecture-demos and master classes to schools and art centers. It will also establish an online presence with an interactive media archive, giving users access to performance and rehearsal footage, Trisha Brown’s dance sketch books and interviews with Brown and other like-minded artists of her era.

The bespoken artistic legacy is actually much larger than the works of Trisha Brown herself. It is the legacy of the post-modern phenomenon of the Judson Church Theatre of the sixties. The dancers and choreographers of the Judson group challenged conventional dance approaches by experimenting with non-narrative movement and the integration of technology, visual art, ambient music, text and simple playfulness.