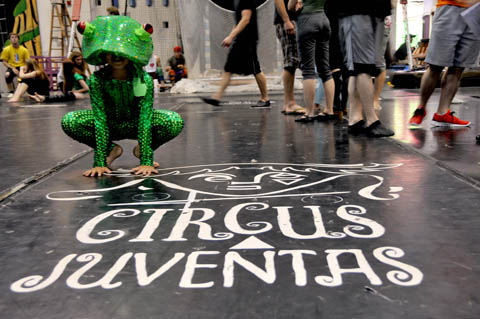 Photo by Trang Do

It’s been a long time coming, but the new Cowles Center for the Performing Arts in downtown Minneapolis is finally ready to officially open its doors—which it’s doing with a groundbreaker dance battle on Saturday. Can’t we all just get along?

After being absent last summer, the Walker Art Center’s Music & Movies series returns to Loring Park with Haley Bonar opening for Alfred Hitchcock. You’ll have to go inside to hear Cloud Cult, though—they’re playing in front of the cube wall at Orchestra Hall on Friday night, with Caroline Smith opening. Afterwards, had east to the Varsity Theater, where the Recess dance party upgrades to the weekend from its former Thursday slot.

Meanwhile, deep down in the wilds of St. Paul, Circus Juventas opens its annual show under the big top; and up in the urban jungle of Marcy-Holmes, the Soap Factory hosts a LARP event that’s part game, part performance art. Yeah, I don’t quite get it either.

Two big community art events are going down this weekend: the FLOW Northside Arts Crawl, and Stevens Square’s Red Hot Art Festival. Sound rather than vision is the order of the day at the first annual Lowertown Roots Music Festival.

Literally (I use that word carefully) under the radar on Thursday night is Spoutstock, the annual battle of the bands at Mario’s Keller Bar to benefit the erstwhile local imprint Spout Press. Finally, just in case there might happen to be any dog people out there, on Friday night Northeast Minneapolis is hosting its annual…[bracing for stampede]…puppy parade.

• Captain America: The First Avenger could have been worse (review by Tony Libera)