With more and more great features, reviews, and other content coming in every week, I’m moving to this abbreviated format indefinitely so as to free up more time to edit and post it all in a timely fashion. Also, there are a few other matters I should attend to: 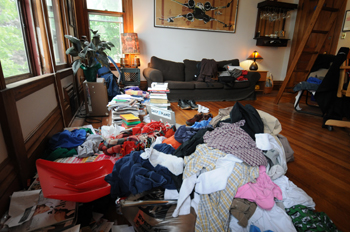 We’ll be more prominently featuring weekly columns by Jim Brunzell, Jeremy Iggers, Dwight Hobbes, me, and our newest columnist Courtney Algeo—whose column Lit Lyfe will start next month. Thanks to our talented and dedicated contributors!

It’s Memorial Day weekend, and the annual Memory Lanes Block Party has a typically stacked lineup; the event is presented in collaboration with the neighboring Hexagon Bar, for maximum stumblability. Meanwhile, down south, Cirque du Soleil is pitching a big top in the Twin Cities for the first time since 2009’s Kooza. This time the Cirquers are in the Mall of America parking lot with OVO.

On stage, there’s a major Pan Asian Dance Festival happening in Burnsville and an African Nights cultural festival in Minneapolis; and many of the creative minds behind The Thing—my favorite play of 2010—are presenting even if we never look forward at the always buzzable Paper Moose Jumpsuit & Co. On screen, Terrence Malick’s new movie The Tree of Life—winner of the top prize at this year’s Cannes Film Festival—makes its local debut at the Walker Art Center.

Music-wise, at the Loring Theater there’s the annual Heliotrope festival of avant-garde sound + vision. On the dance floor, mah bros (and bro-ette) of PLAYATTA are rebooting Recess at the Varsity Theater and bringing their monthly Menergy to the Kitty Cat Klub. Sweat it out, Twin Cities!

• Thanks to Mel Gibson, The Beaver has teeth (review by Tony Libera)

• My ten most-listened artists who I’ve never seen live (blog post by Jay Gabler)
• Fiery Furnaces reimagine their catalog at the Cedar Cultural Center (review and photos by Kyle Matteson)
• An enjoyable evening with Cake at the State Theatre (review and photos by Mandy Dwyer)
• Joe Purdy at the Varsity Theater: Not your average Joe-down (review by Morgan Halaska)
• James Blake at the 7th Street Entry: Flawless (review by Sarah Heuer, photos by Jay Gabler)
• State Theatre does no favors for Sharon Jones and the Dap-Kings (review by Betsy Gabler, photos by Meredith Westin)
• Chan Poling makes the “Score!” with sweet movie music at the Fitzgerald Theater (review by Betsy Gabler)
• Death Cab For Cutie at First Avenue (photos by Eric Petersen)

• Amy Rice, making art in the heart of Northeast Minneapolis (profile and photos by Sarah Rattanavong-Wash)

• Biking in NoMi—to and from Wirth Lake (blog post by Jeff Skrenes)
• We have grandchickens! (blog post by Steve Date)
• Capitol Steps make merry at the Orpheum Theatre (review by Bev Wolfe)
• Treat taste test: Doggy fro yo (blog post by Meredeth Barzen)
• Carol Blair: Building a life at Soderberg’s (video feature by Lake Line staff)
• Beautiful on the inside…it’s the outside that needs work (blog post by Melanie Danke)