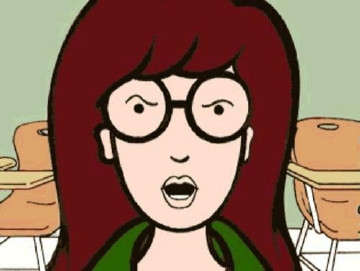 On the radar: Seemingly without anyone planning to make it so, tonight has become one of the biggest dance showcases of the year, with top-notch performances happening across the Twin Cities. At the Ritz there’s the annual Renovate chorographers’ showcase; at the Walker, John Jasperse presents a piece on the theme of truth and lies (“Warning: Performance contains nudity and sleight of hand tricks”); the Ordway hosts New York’s up-and-coming troupe dre.dance; and at the Southern, Ragamala presents Ihrah (Sacred Waters).

Under the radar: For those who look at runway fashion shows and wonder why the designers don’t create things people would actually wear, I have two observations: (1) Clearly you haven’t seen me strolling around Lake Calhoun in my Kevin Kramp beach cardigan; (2) Tonight at The Lab Theater, you can enjoy Calamity!, a fashion show with an emphasis on street wear—things people actually would, and, believe it or not, do, wear out and about.

On the radar: Less than a year since their public debut, hometown heroes Peter Wolf Crier are on top of the world with a Jagjaguwar record and a growing national audience. They’re celebrating the record release with a show tonight at the Turf Club.

Under the radar: Did you know that the director of Shaft got his start in St. Paul? Gordon Parks (1912-2006) was more than a one-trick pony, though: he was one of the great photographers of the 20th century. Metro State is reopening its art gallery—newly named for Parks—with a retrospective of his photography, being celebrated at a reception this evening.

On the radar: In its 2010 Best of the Cities issue, City Pages rained honors on Dessa, the poet and MC who broke out in a whole new direction this year with her soulful solo debut album. She’s returning the favor tonight by headlining a party the alt-weekly’s throwing tonight at the Varsity Theater.

Under the radar: Join the best minds of your generation (I’m being optimistic here) in what the Book House is advertising as its first annual “Howl-In”: a group reading of the Allen Ginsburg poem that defines the Beat Era.

On the radar: MC Chris has never embraced his association with the “nerdcore” genre of hip-hop, but when your opening act is called Math The Band…I’m just sayin’. They’re at the Entry tonight, with a cover charge ($17) that probably reflects the performer’s extramusical fame—notably, he’s been involved with multiple shows on Adult Swim.

Under the radar: Penumbra has been winning strong reviews for its latest production, which closes today. Playwright Gus Edwards certainly can’t be accused of overselling the show with its title: Two Old Black Guys Just Sitting Around Talking.

On the radar: Judging by the frequency with which Daria’s unamused visage appears on my female friends’ Facebook profiles, a lot of girls deeply identified with the dry heroine of MTV’s cartoon series. Choice episodes of Daria are being shown tonight at the 501 Club as the first event in the venue’s new series “Girls on Film,” presented by Reviler.org and the hosts of Radio K’s Girl Germs.

Under the radar: Swedes have made many contributions to the quality of life in Minnesota (including this year’s Miss Minnesota USA), but of late, none have been so ubiquitous as the oh-so-cleverly designed housewares from IKEA. Mats Nilsson, product design strategist at the world-beating retailer, is at the American Swedish Institute tonight to explain how the magic happens.

On the radar: ¡Viva la Basilica! Celebrate 200 years of Mexican independence with a musical program tonight.

Under the radar: With help from collaborators, Christopher R. Mihm wrote, directed, edited, produced, and created the costumes and effects for his new film Destination: Outer Space, which premieres tonight at the Heights. It seems fair to say that the film is a labor of love for Mihm—and how can you not love your labor when it involves lake monsters, drunk aliens, and beautiful space pirates?

On the radar: Their press bio notes that this summer, Bullet for My Valentine are headed to “Germany’s massive Rock am Ring and Rock im Park, Sweden’s Metal Town, Belgium’s Graspop, Austria’s Nova Rock and Italy’s famed Gods Of Metal.” That’s a lot of rock…can they keep it up? Judge for yourself tonight at First Ave.

Under the radar: Local tunesmith Andy Ulseth’s been polishing up some new solo material, and he’ll be taking it for a spin tonight at the Turf Club, where he’s headlining a bill that also includes El Le Faunt and His Traveling Circus, Jonah the Destroyer, and aloysius.

• Sneak peeks at the 2010 .EDU Film Festival (videos)
• The Good, the Bad, the Weird and the Wonderful World of South Korean cinema (feature by Erik McClanahan)

• Adam Olenius and Shout Out Louds put good Work into a thoughtful, passionate show at the Varsity (feature by Crystal Erickson, with photos by Meredith Westin)
• Songs of summer: Free music in Minneapolis and St. Paul (feature by Jennifer Thomsen)
• Dearling Physique lead a “Cattywompus” night of music and film at the Red Stag (photos by Jay Gabler)