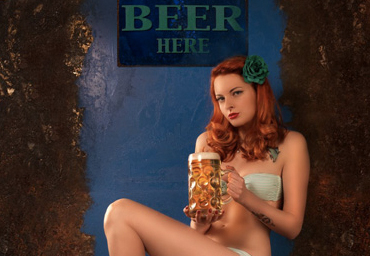 I’m taking a mini-vacation this week, so Arts Orbit Radar is abbreviated to a few quick event picks.

The big event of the weekend, of course, is Art-a-Whirl, the country’s largest art crawl. With music festivals and food specials happening throughout Northeast Minneapolis all weekend long, there’s a lot more to do than just tire-kick abstract paintings.

Meanwhile, it’s a big weekend at the Walker:
• Improbable’s The Devil and Mister Punch, a puppet show, will play to an audience consisting of both people and puppets.
• The New World, Terrence Malick’s dramatically shaky but visually stunning epic about Captain John Smith and Pocahontas, plays at the Walker Cinema.
• A major new exhibit opens: Exposed: Voyeurism, Surveillance, and the Camera since 1870. A special highlight of the exhibit will be Nan Goldin’s touchstone photo series The Ballad of Sexual Dependency—one of the major inspirations for an entire post-post-modern drugged-out DIY aesthetic—presented in its original 35mm slideshow format.

Over at the State Fairgrounds, the Midwest Comic Book Association is presenting its annual SpringCon, with presentations on subjects like “Wimmen’s Comix,” “Spiritual Themes in Comics,” and “The Amazing Story of Quantum Mechanics.”

Other important community events this weekend include a film festival featuring Native youth and a reading by TGIFrybread, a Native poets’ group. Enjoy!

• Vote No: Where to get the t-shirt (blog entry by Matthew A. Everett)