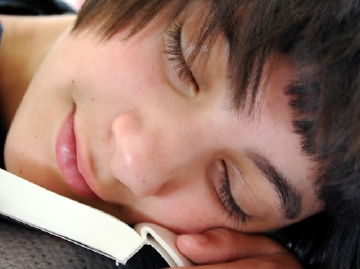 On the radar: Michael Chabon (Wonder Boys, The Adventures of Kavalier and Clay), one of the most acclaimed American novelists of the past two decades, is at the Hopkins Center for the Arts to talk about, yes, “the art and craft of fiction.”

Under the radar: MCAD and the Swedish Institute will be delivering a dizzying flurry of images and pecha kucha (“chit-chat”) from local designers.

On the radar: (a conversation in texts)
“I think I mentioned I’m reviewing M. Butterfly at the Guthrie. Want to come?”
“Sure! What is the play about?”
“Says the Guthrie: ‘Inspired by the strange but true story of a French diplomat accused in 1986 of giving secrets to his Chinese lover. Although they were together for nearly 20 years, the diplomat claimed he did not know his lover was a spy. Or a man.'”
“OH SNAP!”

Under the radar: (a rhetorical question in tweet) “Is dadstep the most relevant genre of music in 2010?”

On the radar: After playing one of the wildest shows of last summer at the Cabooze’s outdoor stage, Gogol Bordello yield that venue to the Hold Steady (who are playing a just-announced show there on July 3) and take up residence at First Ave for a sold-out show with Devotchka that is the first of a two-night stand in the Mainroom.

Under the radar: The Shackway Corporation is the creation of artist David Sollie, who has filled the Bockley Gallery with artifacts of this ambitious and disturbing 1950s business. Today, Shackway is hosting a Family Fun Day with snacks, a balloon twister, and free prints. BYO potato sack.

On the radar: Now in its sixth year, the Holland neighborhood’s Hotdish Revolution comfort-food-cooking competition is getting hard core: a switch to ranked-choice voting was seriously considered.

Under the radar: The Rockstar Storytellers have been working their way through the stacks this year with performances inspired by various literary genres. Today’s theme: young adult novels. “We may make a heck of a lot of Judy Blume jokes,” say the Rockstars. “Then Again, Maybe We Won’t.”

On the radar: The Hitchcock series at the Trylon has been so successful, the multiple sellouts inspired the microcinema’s proprietors to add extra screenings. Tonight: the claustrophobic Lifeboat plays at the Riverview, just named best movie theater in the Twin Cities by both the editors and readers of City Pages.

Under the radar: “Alicia Wiley,” writes Dwight Hobbes, “could blow a hurricane back out to sea.” The powerful, heart-rending local vocalist will be playing a free set tonight at Barbette.

On the radar: A late-breaking health emergency having delayed its opening and caused a casting switchup, the Jungle’s new production of Who’s Afraid of Virginia Woolf? opens tonight, directed by the company’s back-from-sabbatical artistic director Bain Boehlke.

On the radar: It doesn’t get as many mentions in alphabet books, but the xylophone’s African cousin the marimba is an instrument with epic musical possibilities, many of which will be explored this week at an international marimba festival taking place at the U.

Under the radar: Our writers Jim Brunzell and Barb Teed will be at the East-Lake Public Library for a lunchtime talk at which they’ll tell their true stories of reporting at the Oscars, Sundance, and other major movie-world events.

Photographer Meredith Westin and I report from the runway at Voltage: Fashion Amplified.

Dwight Hobbes pans Becky Shaheen and The Wrong Omar at the Acadia, recommends Heather Masse‘s sweet new Red House disc Bird Song, and reflects on the events of the Vices to Verses hip-hop conference at the U; Jamal Denman also has a report from that event. Also this week, Crystal Erickson reported on the Women in Music event held at the Fine Line earlier this month, and I reviewed the Southern performance by Nico Muhly and Sam Amidon—as well as the Minnesota Opera’s absurd production of Richard Strauss’s Salome.

Lots of reviews this week! From most to least enthusiastic:
• Becca Mitchell on Mixed Blood’s The Elaborate Entrance of Chad Deity
• Bev Wolfe on The Harty Boys and the Case of the Limping Platypus
• Sheila Regan on Red Eye’s Maria/Stuart
• Matthew Everett on Dead Man’s Cell Phone at Park Square
• Matthew on Miré Regulus and Kelley A. Meister in Naked Stages
• Bev on The House of Bernarda Alba
• My mom on It’s Outta Here!
• Becca on Suburb: The Musical
Also this week, Matthew plugged his fellow blogger Phillip Andrew Bennett Low’s Pissing on the Great Wall, and Alan Wilfahrt presented photos of puppet construction at HOTB.