The Super Mario Room, as seen on Fundivision

On the radar: If you’ve been to any show at First Avenue over the last couple of weeks, you know what’s going on tonight: the club’s been using the Mainroom stage screen to taunt audiences with a giant advertisement for tonight’s sold-out show by the Cold War Kids.

Under the radar: Live Action Set unveil their new production, which is about as epic as experimental indie theater gets: The 7-Shot Symphony, an interpretation of seven multicultural myths.

On the radar: I asked Crystal Castles’s press reps whether frontwoman Alice Glass was available for interviews to preview tonight’s sold-out show at First Avenue. “Alice doesn’t really do interviews,” came the response. “Could that be,” asked my friend, “because she’s completely insane?” We shall see.

Under the radar: Live in this town long enough, and you’ll start to wonder whether shows with titles like Michael Bay’s Super Mario Armageddon are legally prohibited from being presented anywhere other than the Bryant-Lake Bowl.

On the radar: What will Jay Leno joke about tonight at Mystic Lake? To find out, I Googled “Jay Leno one-liners,” and generated a word cloud from the resulting page. 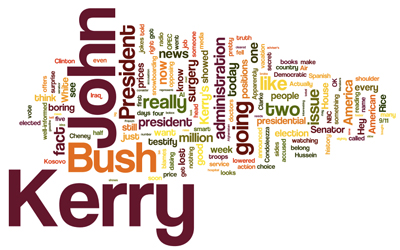 What did I learn from this? That Jay Leno’s best jokes are about seven years old.

Under the radar: “For a moment early in his career,” writes The New Yorker‘s Ben Greenman in a recent issue, Dan Bern “made a convincing case for himself” as a “new Dylan.” Well, he sure sounded like that’s what he was trying really, really hard to do. Bern’s Dylan fetish makes his albums hard to listen to in their entirety, but he’s capable of producing transcendent gems such as “Suzanne” and, my favorite, “Marilyn Monroe.” (“Marilyn Monroe never married Henry Miller/ If she did, they’d’ve fucked every day.”) Bern is at the 400 Bar tonight.

On the radar: David Hyde Pierce, as the Guthrie’s website disingenuously notes, “may be best known for his role as Niles in the hit sitcom Frasier.” The big question today is, will Joe Dowling ask Pierce whether he thinks of Kelsey Grammar’s hot new wife is a gold digger, or will he leave that to the audience?

Under the radar: The Kensington Runestone debate is one of the strangest episodes in Minnesota history. If the stone, “discovered” in 1898, were to be genuine, it would prove that Scandinavian explorers made it to Minnesota before Columbus even set foot in America. Despite the fact that experts are near-unanimously convinced that it’s a hoax, the stone has gained worldwide attention and currently resides in its own museum in Alexandria. (The museum’s website is eloquently elusive regarding the question of the stone’s authenticity: “Anyone who visits the museum will recognize instantly that there is something unusual about this artifact. An understatement is that it has been a lightning rod for debate.”) Swedish scholar Adam Hjorthén has been studying the Runestone story for years; today at the American Swedish Institute, he’ll talk about the artifict’s long, strange history.

On the radar: In their press materials, roots-rock supergroup Middle Brother tell the story of their first gig: “It was a rollicking and boisterous show that could have fallen apart at any moment and instead centrifuged into melodic and harmonic brilliance.” They’ll be, er, “centrifuging” tonight at First Ave.

Under the radar: Each woman celebrates International Women’s Day in her own way. Some unfollow Charlie Sheen, some Dutch-oven the dog, and some DJ sick tunes while screening episodes of The Mary Tyler Moore Show.

On the radar: It’s the Nomad World Pub’s sixth birthday, and they’re celebrating with a show featuring Mystery Palace and New Century Masters. Surely the birthday venue would not be so ungenerous as to begrudge you a stopover at Triple Double between acts.

Under the radar: If you enjoyed Sheila Regan’s article on the local Native literary scene and Stephanie Fox’s profile of Jim Northrup, you won’t want to miss Northrup’s reading today at Birchbark Books. Bonus: soup and salad!

On the radar: Good Charlotte, now celebrating 15 years of emo, are at First Avenue tonight.

Under the radar: JD Samson of Le Tigre has a new side project called Men; tonight’s bill at the Triple Rock is Men and the Enigmatics, which many women would take to be a redundant phrase.

• Song of Extinction by Theater Latté Da at the Guthrie Theater: Intelligently designed (review by Christopher Kehoe)
• Exit, pursued by infamy: The rise and decline of a ShakesBear (blog entry by Katie Sisneros)
• Hair at the Orpheum Theatre: Dicks and boobs everywhere (review by Becky Lang)
• The Uptown (blog entry by Patricia A. Cummings)
• An effectively campy, creepy Cabaret from Frank Theatre (review by Bev Wolfe)