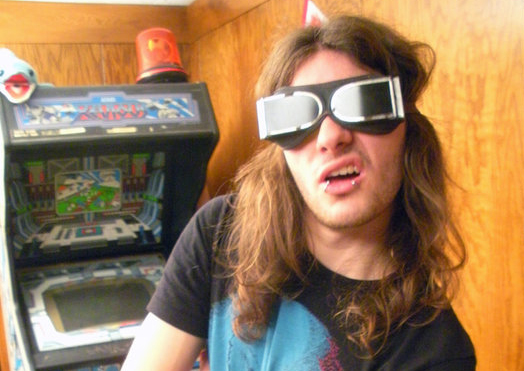 On the radar: It’s so great to see the Music Box Theatre swinging again that we can forgive them for nabbing a page from the Soap Factory’s book and offering “Haunted Theater” tours. The Nicollet Avenue theater has quite the history, and the tours, which begin today, look to be a fun way to learn about it. What kind of creepy secrets lurk in the theater’s past? Hint: philandering multimillionaire televangelists.

Under the radar: Mo Perry was named best actress in the Twin Cities by City Pages this year, and she’s appearing as Stella in A Streetcar Named Desire. Can’t-miss, right? Right! But here’s the catch: the production is at Pioneer Place on Fifth, in St. Cloud. Road trip!

On the radar: One of the most welcome bits of music news this fall was the revelation that no, contrary to the rumors, Rick Ro$$ has not leaked a sex tape. The rotund rapper is at Epic tonight, fully bearded and fully clothed. Supporting the self-styled “Teflon Don” is Shawty Low, whose moniker is the hip-hop equivalent of Freebird Stairway.

Under the radar: In celebration of the success of its “Retros” series of midnight movie screenings, this weekend the Willow Creek 12 in Plymouth is offering free screenings of The Exorcist, a film that’s on every list of the scariest movies of all time—and at the top of many of them. I’m introducing tonight’s midnight screening.

On the radar: In electronic music, it doesn’t take long to become a legend—and since their 2002 debut, LCD Soundsystem (a.k.a. producer James Murphy) have managed to achieve that status. They’re at Roy Wilkins tonight with Hot Chip.

Under the radar: Even in the age of “created by the ensemble,” we still need playwrights—and some of the country’s top scribes are presenting new work this week at the Playwrights’ Center’s PlayLabs Festival, which reaches its zenith today.

On the radar: The pioneering, controversial choreographer Zollar has got to be pissed that when you search for her name, Google assumes you misspelled Fuzzy Zoeller’s surname. Today at Northrop, accord Zollar the respect and attention she deserves.

Under the radar: My mom was a toddler in diapers on her family’s farm in New Ulm when Hal Holbrook first played Mark Twain. When Mark Twain was Hal Holbrook’s age, he’d been dead for ten years. Hal Holbrook has been playing Mark Twain for the majority of the time that’s passed between Mark Twain’s death and the present. Does any of this means you should go see Holbrook in Mark Twain Tonight! at the Fitzgerald Theater? I don’t know, but…holy shit!

On the radar: A pullout mention in the New Yorker‘s listings doesn’t always crack the gates of celebrity for unknown artists—the heartstopping singer-songwriter Jennifer O’Connor played to exactly a handful when she last came through Minneapolis—but it sure did the trick, along with a subsequent flood of buzz, for the NYC duo Sleigh Bells, who bring that very audible buzz to the Triple Rock tonight for a sold-out show.

Under the radar: The University of Minnesota’s attempt to delay the debut of the documentary Troubled Waters was the free publicity gift that keeps on giving, as the U stumbles around trying and failing to reconcile the difference between its publicly stated position and the actual facts of the matter. Along the way, the controversy has opened discussion about a number of issues including academic freedom, corporate influence, and the sometimes elusive nature of “truth.” See the film in a free screening tonight at the Parkway, followed by a discussion with scientific experts and Daily Planet editor Mary Turck, who will talk about how we broke and have continued to follow this important story.

On the radar: Linda White tells me that when author Mark McGinty was asked to choose a “literary entity” to “represent” at tonight’s Literary Death Match, he chose the Daily Planet. I guess that means we’d better root for him! Among those also appearing tonight as judges or contestants are speaking/rapping/singing sensation Dessa, writing/performing/directing sensation Joseph Scrimshaw, and writing/tweeting/dancing sensation Molly Priesmeyer.

Under the radar: Intermedia Arts, back on its feet with a vengeance after its recent empty-piggy-bank scare, relaunches its Writers of Color series with, tonight, Bryan Thao Worra and Fringe favorite May Lee Yang.

On the radar: Last.fm has highlighted “Canadian” as one of the labels characterizing the music I tend to listen to. I didn’t really set out to be a particular fan of Canadian music, but the country just keeps producing the kind of searchingly heart-on-sleeve acts I can’t resist. Case in point: Stars, who are at First Ave tonight.

Under the radar: Having produced the addictive summer jam “Bad Girl,” BadNraD has outdone himself with autumn jam “Werebabe,” which was recently showcased in a video made by Dan Huiting and Hal Lovemelt for City of Music. Tonight, the buzzsaw-shredding superfreak throws a Werebabe Monster Bash—becoming perhaps the first act to play the Entry rather than Target Center with a show billed as a “live experience.”

• Howl director Jeffrey Friedman: “We new we had to come up with something different and challenging” (interview by Peter Schilling)
• Eight documentary short finalists announced for 83rd Academy Awards (feature by Barb Teed)

• A new “ringmaster” at In the Heart of the Beast Theatre (feature by Harvey Winje)
• The eternally available plaything: Bridgman/Packer at the Ordway (review by Tara King)
• Kidd Pivot Frankfurt RM’s Dark Matters at the Walker: Cirque du Soleil with a Ph.D. (review by Jay Gabler)
• Anon makes the cycle of addiction and abuse heartbreakingly real (review by Jay Gabler)
• Potok’s Asher Lev takes the stage (feature by Doris Rubenstein)
• Red Eye’s Iris sees all but does little (review by Matthew A. Everett)
• James Sewell Ballet takes on celebrity dance competitions (review by Sheila Regan)
• For Ten Thousand Things, Life’s a Dream…and a good one, at that (review by Jay Gabler)

• Minnesota Nice does not serve the Twins well (blog entry by Jean Gabler)
• Popular Minneapolis leather store vandalized (feature by James Sanna)
• Presenting Maggie, the newest Sidewalk Dog (blog entry by Meredeth Barzen)
• What is the Daily Planet, and why does it need your help? (blog entry by Jay Gabler)