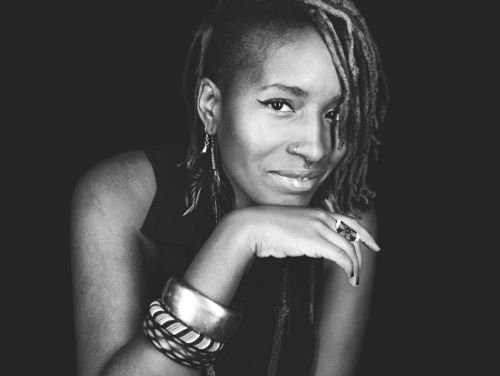 “You can always break rules and challenge limits. You can always be the boss of your art, because it comes from the soul. I really love when the art becomes the boss of me and moves and molds me into its process,” says Minneapolis native and soul musician Sarah White.

We are at a Northeast Cafe on a graciously sunny September afternoon. She is squeezing our interview in between her environmental science homework and meeting her oldest daughter, Iza, at the bus stop. Her youngest daughter, Micaela, is resting peacefully in her stroller, under an afro cloud of hair. “I make music differently always, but right now I’ve been working with a new band, and we have been making things organically, like out of thin air. [It] feels magical.”

White is magical. Strikingly caramel complexioned and high-cheek boned, she effortlessly rocks liquid-eyeliner, combat boots and asymmetrical, gold-dipped dreads. Her speaking voice is as intoxicating as it is rooted in something earthy and ancient. Dangling from her ears are earrings of golden lions, poignant emblems for a woman who is both powerful and loyal to her music and creativity. An indefatigable artist, a creative visionary and a soul musician in the truest sense of the concept, she is always seeking inspiration and new challenges.

After her tenure in two highly acclaimed music outfits in the Twin Cities – Traditional Methods and Black Blondie respectively – she was interested in expanding herself as an artist and decided to move to Brooklyn, New York with life partner and music collaborator, Rico Mendez and their young daughter.

White and Mendez were quickly absorbed into the dynamic and experimental music scenes of the city, where White collaborated with Imani Izuri, Waajeed, and King Britt among other artists. In the summer of 2009, the couple decided to spend a month in Barcelona, Spain to take a much needed break from the intensity of New York and create music in a new environment, “I think traveling and being a part of different scenes internationally has helped me craft my style.”

After five years in Brooklyn, and a second child, White and Mendez returned to the Twin Cities, and have been reconnecting with family and friends, curating dance nights, and integrating back into the music scene. White also got certified as a yoga teacher and is now enrolled as a full-time college student studying environmental science, Spanish, and guitar. About her seemingly divergent interests and pursuits, she responds, “I think eventually these things will all align and make sense, but right now my brain feels like it wants to explode,” she says, “I just want to share my soul and hopefully inspire others to do the same.”

White is performing at the Dakota Jazz Club Saturday, October 5th, with her new band Shiro Dame, comprised of Mendez on beats and guitar, Blayr Alexander on drums, Dameun Strange on Keytar, and Ike Russell on bass – with White on vocals and pedals. 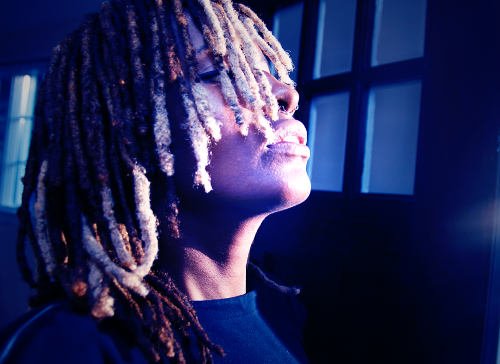 “It makes my stomach tickle,” says White on playing the iconic Dakota for the first time and with her new band. “I’m scared, excited, honored, nervous, all at the same time. It’s such a classy venue for my first ‘real’ performance since I moved back, but might as well go for it! I’m hoping that we just have a great time! I spend too much time putting pressure on situations and I really just want to be myself and keep this light!”

When speaking on what nurtures her music at this point in her career, White shares, “I am super inspired by the idea of growth in all forms. I’m trying to be at the top of my game when it comes to educating myself on all levels and gaining as much knowledge and ‘real life’ understanding as I can get about life. I have been surrounding myself around like-minded people, especially women, who reflect the same vision, and that has been so inspiring.”

Another strong element of her creativity and inspiration is her motherhood. “Being a mom is everything. Its crazy how having kids changes everything. I feel like sometimes a huge part about being an artist, is diving into yourself, and sometimes its hard to find time for myself when I have to raise kids and be present for them and all of their needs.”

White explains that her identity as a mother feeds her work, “my kids inspire me to push harder and show me pure love, which in return inspires me to make better music. My kids were made from music and art and love, so really, its a cycle. Plus its super cute to have two little girls in the house singing along with my tunes! I give thanks for them. They are my journey; my purest art.”