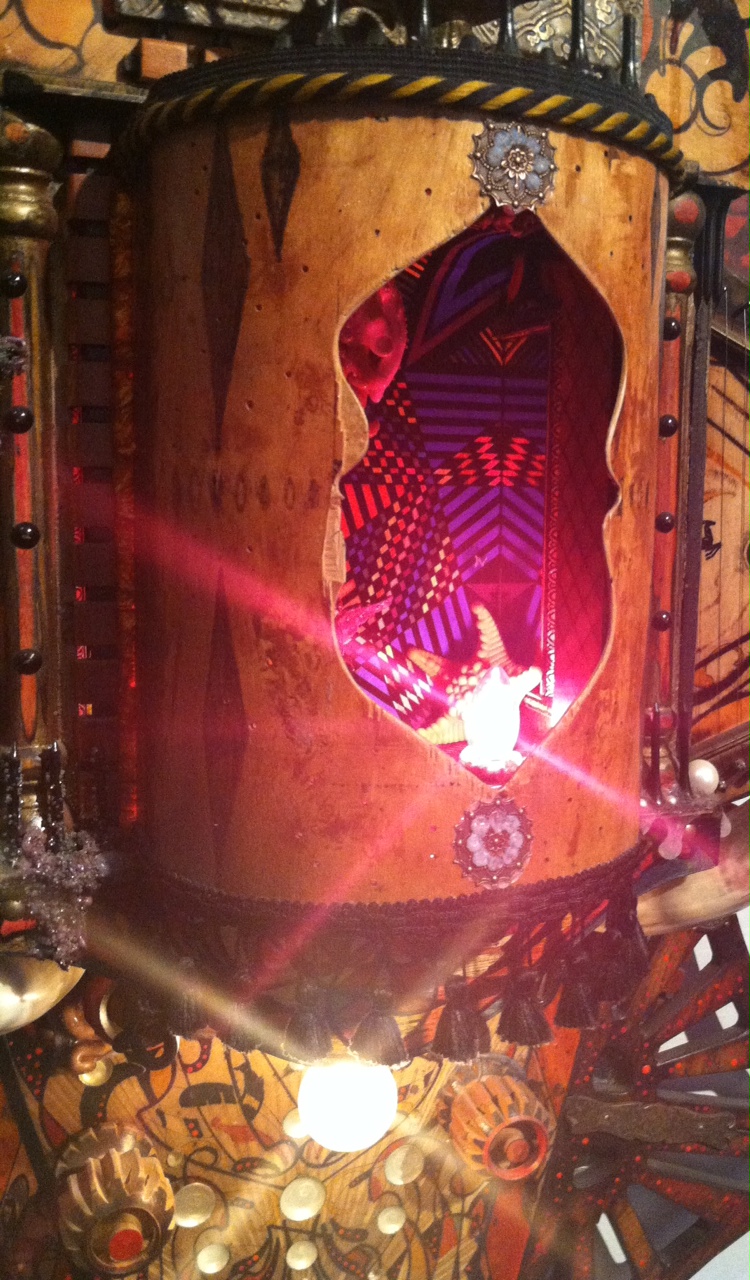 I’ve been pretty excited for the art events in the city this year, and Art-a-Whirl was by far my most highly anticipated. I know I’m not the only one who felt that way. I, along with four friends, planned about two weeks in advance with an obvious intention to see artwork but more of a longing to spend some much-needed time together.

It was cold and rainy, and it continued to rain off and on that first day—but you’re encouraged to spend most of Art-a-Whirl inside since that’s where the art is. Our first destination was the Northrup King Building, where we stopped by Carbon Chroma to check out the work of Alison Price. Her vibrant colors dance on the canvas in the form of sweeping hot pink willow trees and electric blue rivers. After this we went to a space next door of an artist named Mary Bacon whose floral still lifes are what a friend of mine referred to as “creamy.” That’s an accurate description: the pigments are rich and blend together seamlessly, and the gradation in intensity feels natural yet fantastical. It’s like they’re more than just flowers.

Our main goal for the day—the reason we started at the Northrup King Building—was to check out the work of local jewelry maker Larissa Loden at Studio 180. My own personal mission was simple: snag a pair of Larissa Loden Egyptian Goddess earrings from her new collection. It was my weeklong dream and definitely worth the wait: I was able to purchase the only pair available at the time.

On the wall across from the jewelry was DC Ice’s work. I have to admit I’ve never really seen it up close before—and up close is how her work should be seen. From inches away these small paintings maintain a charming intimacy that reveals the universal complexities of life’s littlest moments. They’re like miniature Aesop’s Fables that come with modern morals about Facebook and communication (or lack thereof). It really is true that a photograph of artwork is nothing compared to the real thing in person: all of the magic and texture is lost in translation.

The next stop was Rogue Buddha to check out new pieces by Rudy Fig and I don’t entirely know what to say about her work at this time. Her work is slowly getting darker and bit by bit the world she’s created is expanding; she has a piece at The Abstracted that reminds me of a cross between Tom and Jerry and The Omen (two of my favorites as a child), and a piece at Rogue Buddha that is reminiscent of a vast and extraordinarily haunting landscape by Chiho Aoshima. I’m so glad to see her doing something other than girls and pastries (and I know that’s what everyone likes to see from her, but it’s important for artists to find new source material so that we don’t get bored). I’m excited to see what other subjects she will breach in the future. Also, Rogue Buddha had on display Kyle Fokken’s piece Song of the Flying Dutchman and seeing it in all of its real life glory was the highlight of my day; it’s a truly imaginative and inspiring piece.

After exiting Rogue Buddha and standing out in the rain looking for directions we were all in agreement that Michael Thomson’s studio was the place to go next. The thing I love most about Thomson’s work is the meticulous levels of detail in his pieces. It’s like searching through the entire universe looking into the galaxies, and then delving even deeper to discover the multitude of worlds beyond. These environments take the form of small rooms and compartments within the sculptures themselves that hide even more secrets and mysteries. I had never met Michael Thomson before, and he’s a lovely guy. We talked with him about cars and how to get a great deal on a hearse. He gave us a tour of his workspace and shared with us his plans for future projects. Those plans sound amazing but I refuse to ruin the surprise.

Our last stop was Public Functionary to catch a glimpse of DZINE’s Victory show. I saw it the first time during a press preview but the exhibit hadn’t been completely installed yet so there were a few elements missing; but this time it was all there in its diamond-like glory. The glow radiating from the pieces alone could have lit an entire neighborhood, and better yet because the lights were now on I could see plenty of details that I managed to miss before.

The day ended with three different kinds of cake and talk of flying sea turtles and invisible unicycles at the Modern Cafe, but that’s crazy talk for another day. Part of me wishes all 365 days could be like that: special weekend events where we all get together to celebrate art all the time…but if that was the case it wouldn’t be as special. I guess that’s why they call it Art-a-Whirl: it’s a huge whirl of art that if you miss will pass you by and you’ll have to wait until next year.

Also see Art-a-Whirl 1996: What the first year looked like