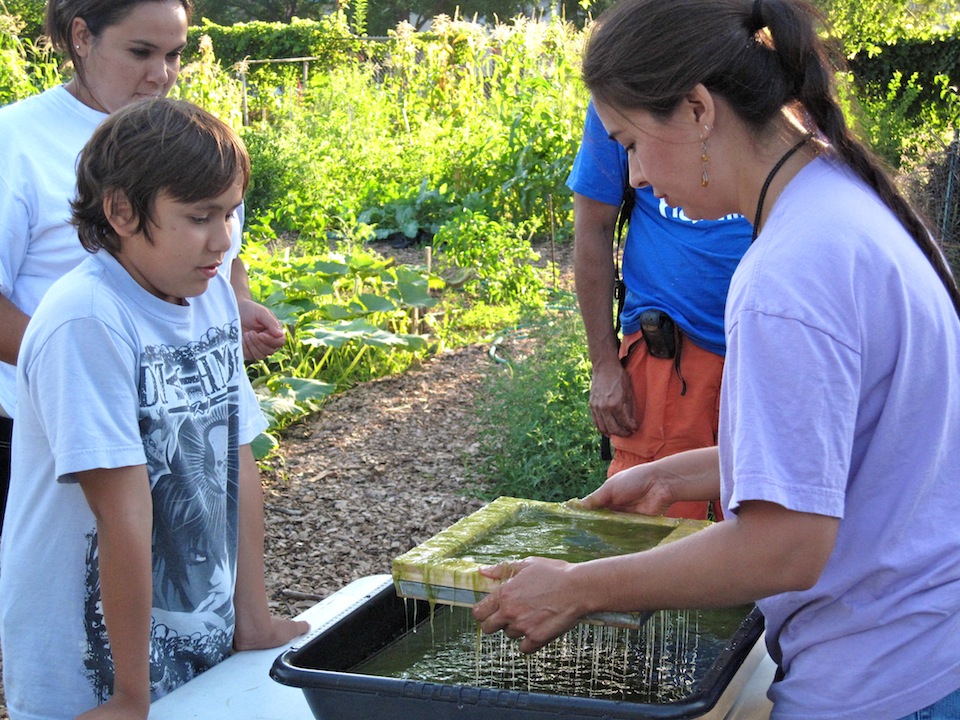 Deborah Ramos demonstrates corn paper-making technique at a workshop on August 17 at Sabathani.

On August 17, artists Deborah Ramos and Marcelo Araujo from The Zenteotl Project led a corn paper-making workshop in the gardens behind Sabathani Community Center.  The workshop was part of a series of art and garden activities Zenteotl has been hosting at the center.  They’ve also led workshops in seed mosaics and watercolor paintings on birch bark for the creation of a collective dream catcher.

According to their brochure, The Zenteotl Project seeks to empower people, specifically Mexicano, Latino, Indigenous, youth of color, single parents, and low-income families, through “the recovery of ancestral traditions, creativity, traditional dance, and gardening methods”.

Last year, Zenteotl operated one garden plot at Sabathani.  With youth and adults, they created a Chicomecotl (Seven Serpants) sculpture out of mud and cement. 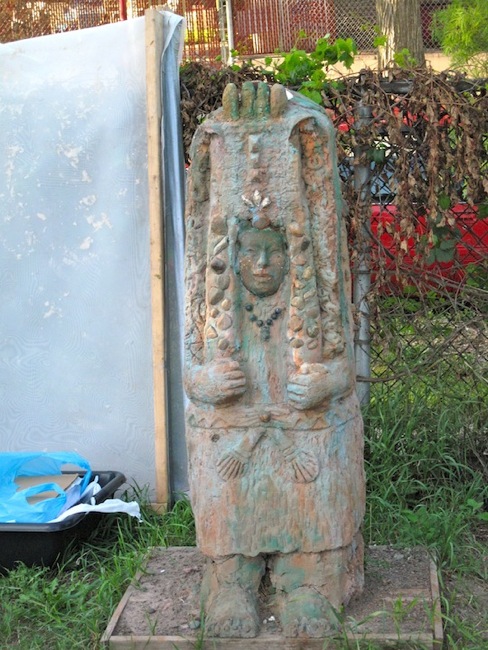 This year they have expanded to two plots encompassing 600 square feet within the Sabathani Community Garden.  Ramos said many of the community members that used Zenteotl’s plot last year now have their own gardens at Sabathani, which is just fine with her. 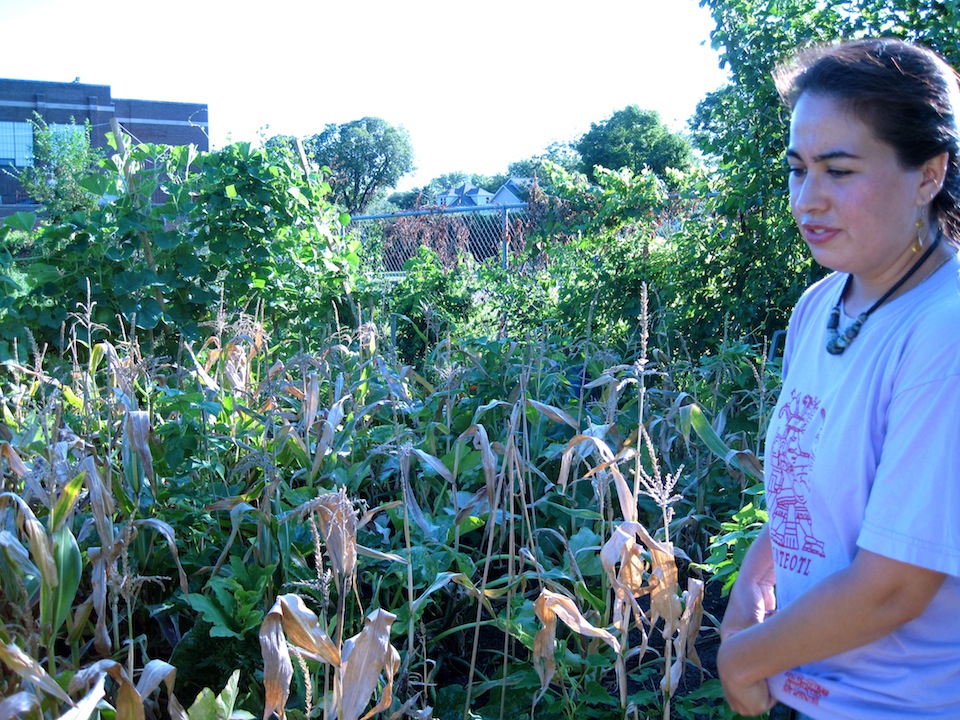 She hopes to encourage her community to participate in the garden, and participate in creative activities.   She said the organization is researching what barriers are preventing people from the communities they serve from accessing gardening resources. 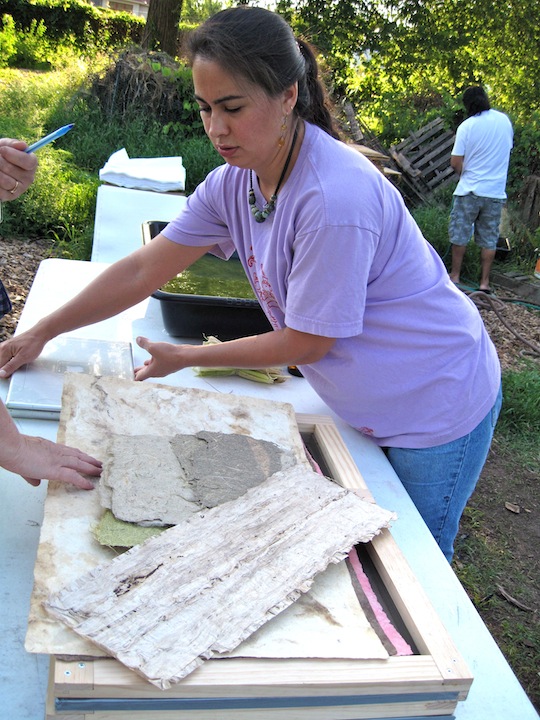 In 2011, the organization will present a multi-media performance, entitled Zenteotl:  First Corn Energy, based on creation stories related to the significance of zentli in Mexico and surrounding nations.  According to the brochure, the performance will appear to be a painted story from an ancient bark-paper book that comes to life on stage through traditional Mexica dance movements, live music, and puppetry.