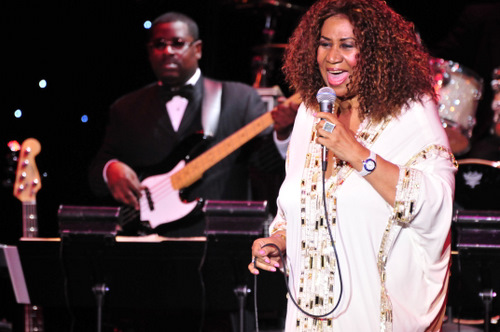 Aretha Franklin performed to a sold-out audience at Mystic Lake Casino’s Grand Ballroom Auditorium on Oct. 7, 2011. It had been seven years since her last Twin Cities performance and before she wrapped up the show, she mentioned it would not be “so long” before we’d see her again. Let’s hope we’re so lucky.

Mystic Lake did the Queen of Soul proud with its large stage that held a twinkling backdrop, picture-perfect side screens for close-ups, and plenty of stage room for a 20-plus person orchestra that included a grand piano (played by the amazingly talented Richard Gibbs), a smaller piano (for when Aretha took the grand for herself), keyboards, two percussion set-ups and full drum kit, and a 10-piece horn section, three back-up singers (including Franklin’s cousin Brenda), and a new conductor. And although the venue eventually ended up being just about as hot as her singing, I learned that was due to Miss Franklin eschewing air conditioning to save her vocal chords.

The show started right on time with swelling orchestra music, just like an epic movie score featuring some of Franklin’s greats. First came medleys of harmony, then came the funk, then it was piano into pitch-perfect background vocals insisting we “Jump, Jump, Jump to It.” Then a man who’s voice that could double for God’s in “The Ten Commandments” spoke. We listened and we believed. And behold: “The woman Rolling Stone magazine calls the greatest singer of all time.”

Under the spotlight Miss Franklin was a vision in a white caftan with gold sparkles and bejeweled fingers wrapped around her microphone. Flashing a little leg, she was fully engaged and gorgeous as she was accompanied onto the stage in high heels, quite stylish considering she had just fractured her foot in July. (Another style detail to note was her orange- and zebra-patterned purse brought on and off stage by its own handsome handler.) Rest assured, Aretha Franklin sounded as amazing as any recording I’d heard and looks just as beautiful.

Hits came one after another with Miss Franklin’s voice moving effortlessly in amazing control. The opening number was Jackie Wilson’s “Your Love Keeps Lifting Me Higher” which segued to a playful “You Make Me Feel Like a Natural Woman.” She did a little routine at the beginning of this one with her back-up singers who could “whoop whoop” like no one else. There was a little stage strutting while she sang “Think” and “Baby I Love You.” She talked about recording artist Keyshia Coles and sang her “I Remember” while photographs of her deceased sisters, fellow artists, and close friends came up on the side screens. Franklin infused a jazzy, scat singing style into the song’s lyrics that gave them attitude along with the soulfulness for which she’s known.

The Queen of Soul constantly gave credit to other artists and to the Atlantic record label. She ended the first segment of her show with “Don’t Play That Song for Me” and sang the chorus of “he lied, he lied, he lied” so intensely that every person within my viewpoint was agreeing that, “hell’ya, he lied and he’s a mean man for it.” Amen.

The break was a chance for the orchestra to show off its numerous legends including Myron Bell on drums and Charles “Volley” Craig on bass. Gibbs on grand piano was my favorite because of his authentic personality breaking through his formal attire.

Miss Franklin soon reappeared and treated us to a pretty funny joke starring Mohammad Ali as Superman, which led into her new single “How Long I’ve Been Waiting” from the album Aretha: A Woman Falling Out of Love. It’s a strong ballad with great lyrics and fabulous “ooo-ooo’s.” She introduced the next tune, “Moody’s Mood for Love” by James Moody, with an elegant tribute. Her voice was so perfect and lyrical that it simply became another instrument. Her control throughout her jazz performances was amazing but the same could be said for her blues-, R&B-, and gospel-infused songs. Her sound, in a nutshell, is epic.

“Chain of Fools” came next followed by her tear-producing version of “Bridge Over Troubled Water” played on the grand piano by Miss Franklin herself. She brought us all to church, so to speak, wrapping the song up with some “hallelujahs” and “glory be’s.” “One Night with a King” transformed the audiences into witnesses while the next tune took us down the ever-energized and super sassy “Freeway of Love.” She had fun with this one, dancing and interacting with her orchestra, and gave us choruses that kept taking us “higher and higher” as she left the stage. Her encore was a joyous version of “Respect,” which meant we all got to leave singing “sock it to me” along with the back-up singers. And because it had been on her mind all day, she shared her version of a gospel song including “Shepherd of God, Carry Me Home” to take us home.

Miss Franklin brought it, sang it, and gave us a legendary performance. What a gift. 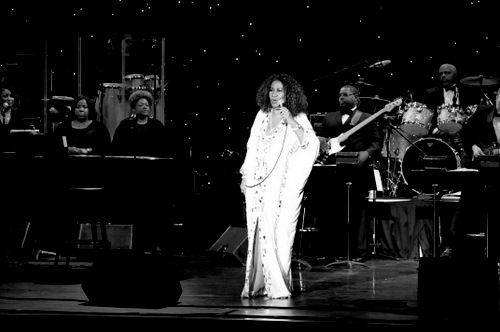 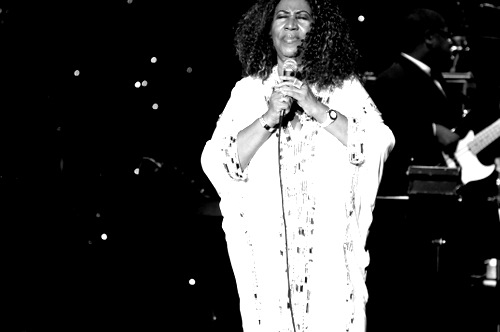 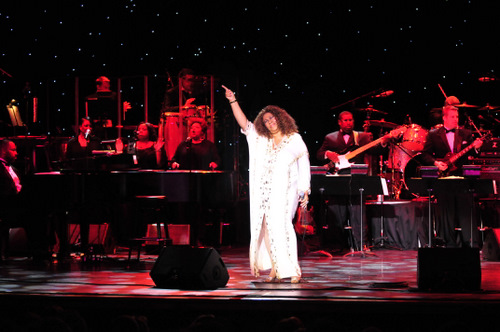 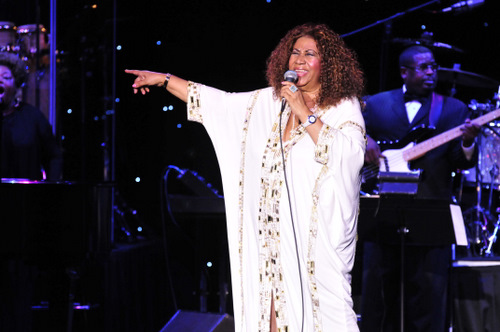 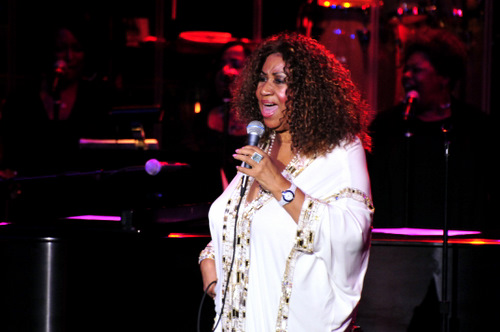 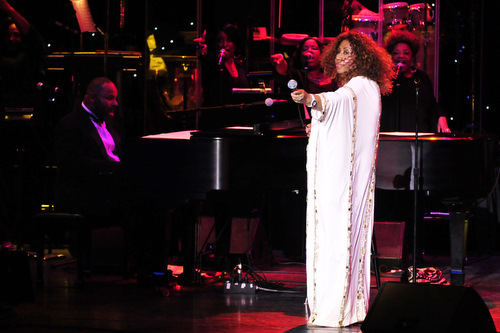