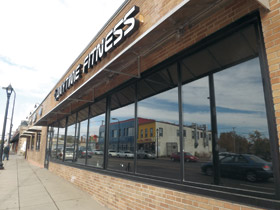 Drivers along West Broadway near Penn Avenue may be doing double takes as they pass 2104 W. Broadway and notice a large, distinctive Anytime Fitness sign at the top of the building.

Twenty-four hour fitness chains are very popular in suburban areas, but somewhat rare in urban inner cities. In fact, once the center opens – possibly before year’s end – it will be the only one of its kind in North Minneapolis.

Dr. Tara Watson, the club’s owner said the concept of a 24-hour gym in the neighborhood is long overdue.

“I was at a neighborhood meeting and the fact came up that there weren’t any gyms in the area and I said, ‘you know what, why not,'” said Watson, who owns the building which will house the fitness center and which also houses the connecting chiropractic office, Watson Chiropractic. “This is the type of business that I feel the neighborhood deserves. I’m really excited because I’m getting a lot of community support,” she said. 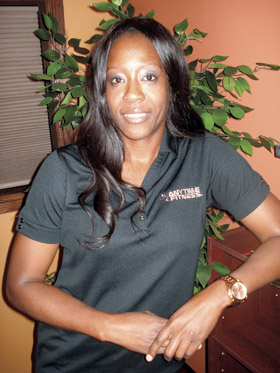 Watson said she reached out to Anytime Fitness – as opposed to other chain operations such as Snap – because she appreciated its business model. But Watson admits the chain was not 100 percent sold on the idea at first.

“But they granted me a meeting, so I went to the corporate headquarters in Hasting with the (then) director of planning and zoning for the city of Minneapolis and we gave them all the updated information on the area’s demographics and they said, ‘OK, let’s do this,'” said Watson.

According to the city, the average household income within a mile radius of the club is $55,276. That figure is projected to increase to $64,783 by 2015. In addition, several new residential and commercial developments have recently cropped up in the area, making the location even more desirable.

Mark Daly, national media director for Anytime Fitness, said the North Minneapolis location will be good for the franchise and for the community.

“That’s the basic goal of Anytime Fitness, to go into communities where there aren’t other fitness options and fill the void,” said Daly. “Anytime Fitness is committed to providing affordable and convenient options.”

Daly said Anytime Fitness has similar inner city locations in Atlanta, Florida and Louisiana. The chain has 2,000 locations in 49 states and abroad. He said the chain is proud to have Watson as a franchisee.

“Dr. Watson clearly is an established businessperson who knows her community and represents her community well,” said Daly. “We think the residents of the area will come to view the (West Broadway location) as their club – the community’s club.”

Once open, the 5,000 sq. ft. club will offer elliptical machines, a myriad of machine weights, free weights, personal training, a massage area and even a tanning salon.

“I’m going all out with this club,” said Watson. “I want this to be a place the neighborhood is proud to call its own.”

With any 24-hour business, security is a concern. Watson and Daly said they are taking every measure to ensure clients have a safe, enjoyable experience. In addition to 16 cameras – both inside and outside the club – the club will be staffed until 9 p.m. daily. Watson also said member access is granted to only unique key cards and she indicated the club may have a thumbprint entry system at some point as well. She has also been working with the police department to encourage greater presence in the area during non-peak hours. Watson said she is also open to having the location serve as a satellite station for the police department.