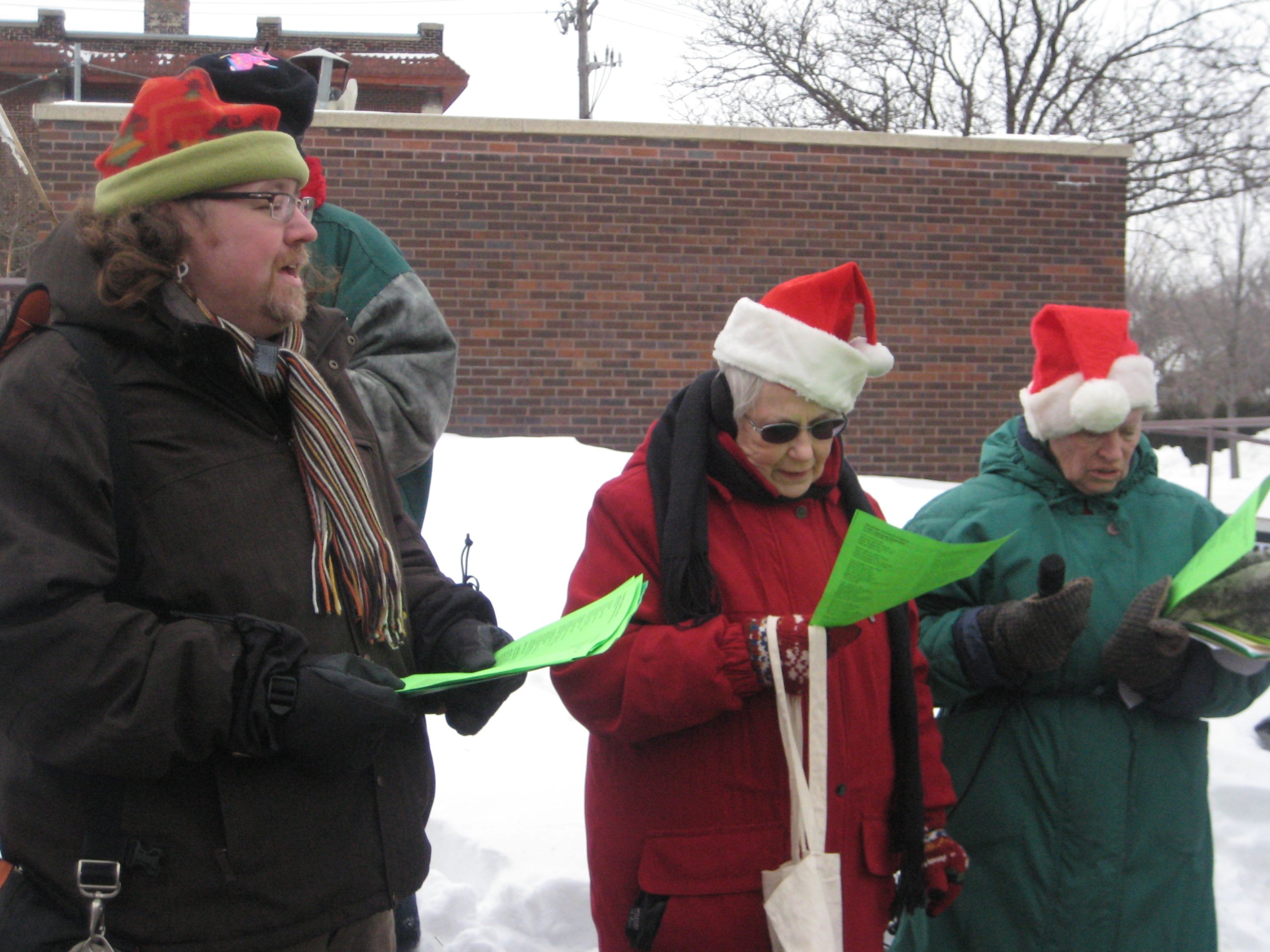 The subversive spin on the seasonal tune was part of Saturday’s anti-war holiday caroling, led by the Counter-Propaganda Singers near Hennepin and Lagoon avenues. About 30 activists from the Iraq Peace Action Coalition and other anti-war groups displayed signs and sang Christmas songs rewritten as progressive anthems.

Between songs, speakers updated the crowd on local anti-war activity and reiterated their causes. The protest focused on the just-announced expansion of the fight in Afghanistan, and the group expressed support for Army whistleblower Bradley Manning.

“A lot of people are thinking about the holidays right now, so we present them with familiar tunes, but then surprise them with things they maybe haven’t been thinking about,” Jess Sundin of the Anti-War Committee explained. “Songs are also a good way to keep spirits high.”

John Slade of the Counter-Propaganda Coalition wrote or co-wrote most of the event’s songs. He said that the group has been caroling for about five years. While many of the songs have enduring anti-war and anti-consumerism themes, others reflect recent events, including the WikiLeaks revelations and FBI raids on activists’ homes.

The group remained upbeat for the hour they spent on the sidewalk, including chanting the First Amendment rights that allow them to assemble and speak freely. The continuation of the wars clearly infuriates them, though. Marie Braun of Women Against Military Madness contrasted Saturday’s protest to the thousands of people who marched against the Iraq war in 2003.

“At that time, they felt they had a chance of stopping it,” Braun said. “Now I think people feel hopeless.”

Activists will have another chance to protest the wars on December 28, at a candlelight vigil for child victims of the wars in Iraq, Afghanistan and Pakistan. The service starts at 7 p.m. at St. Joan of Arc Church in Minneapolis.