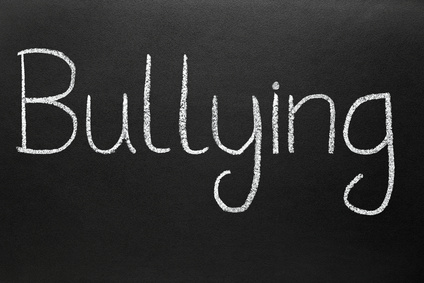 Monday night’s meeting of the Anoka-Hennepin School Board was a contentious one as the issue of bullying and suicide in the district again came up. The state’s largest school district opened an investigation into the suicides of nine students over the past year – some by students who were allegedly bullied for their sexual orientation  – and said that it found no evidence that any of the nine were bullied. Students and parents criticized the district for its statement – at times the conversation devolved to shouting – while district officials said there’s not much they can do if students and parents don’t report incidents to the schools.

In a voicemail to staff last week, the district said that reports by parents, students and staff regarding bullying are “not true.”

“We continue to correct inaccurate statements about students who have committed suicide over the past year,” Superintendent Dennis Carlson told district staff. “We know how difficult these deaths have been for our schools. Based on all the information we’ve been able to gather, none of the suicides were connected to incidents of bullying or harassment. In addition to family and friends, many of our employees were personally affected by these tragedies.”

Over the last 18 months, the district has been at the heart of the debate over LGBT-bullying. In late 2009, a high-profile investigation by the Minnesota Department of Human Rights found that two teachers in the district conspired to harass a student they thought was gay. The teachers went on leave, and the district paid $25,000 to the student.

Then, in July, the suicide death of gay 15-year-old Anoka student Justin Aaberg sparked an uproar. Parents, teachers and students held a series of press events and gave testimonials before the school board where advocates said that as many of four students took their lives at least in part because of bullying.

Carlson said that these statements by students, staff and parents at school board meetings weren’t truthful based on data from the district’s student services department.

“None of the suicides were connected to incidents of bullying,” said Supt. Dennis Carlson

“As we all try to heal from the pain of these deaths the continuation of inaccurate information is not helpful,” he said. “Once again we have no evidence that bullying played a role in any of our students deaths. In a few instances, people told the school board and district leaders that employees stood by while a student was bullied. These statements are also not true. We have no evidence of that occurring.”

On Monday night, freshman student Jacob Tighe testified to the board that he was upset that the district called those statements “not true.” He said that bullying was a factor in his friend’s death and that even he has experienced anti-gay bullying – and he’s straight.

“Not only did some of these kids who committed suicide get bullied before they died, but one of them, who was a personal friend of mine, was even bullied even after she died. Kids said things like ‘she deserved to die,'” he told the board.

“Even though I am straight, I get teased because people think I am gay based on how I dress. Recently I had an incident where a student in class harassed me, and I reported it to the teacher who then singled me out in front of the class and ultimately made the situation worse by how she handled it.” He said the teacher handled his complaints “indifferently.”

“You tell us to report things, but then when people come forward, like some have done in this very boardroom, you say that what we say isn’t true,” he said. “Why should kids come forward then if you aren’t going to believe them?”

Justin Aaberg’s mother, Tammy, was also angered by the school’s response. She and Justin had discussed his sexual orientation, she says, and she was supportive of it. Shortly following his death, she learned from his friends that he had been bullied at school.

She has pressed the school board on several occasion to make policy changes to create a safer school culture for LGBT students, especially changing a policy that bans discussions of LGBT issues in classrooms.

She said it makes LGBT students feel devalued. “Gay kids believe that they deserved to be treated this way because they were gay,” she told the Minnesota Independent. “I honestly believe this is what Justin thought, which is why he tried not to make a huge deal of what happened to him.”

“I don’t know why they are doing this,” she said of the district’s response to statements by parents and students. “This is outrageous. They are bullying [students] into silence,” she said.

Aaberg is conducting her own investigation to determine what the district knew – if anything – about Justin’s experience with bullies. She says she didn’t know that Justin had seen a school counselor about it and questions why the school didn’t inform her of that fact.

But the district maintains that in none of the nine suicides was bullying reported to the district – either before or after the students’ deaths.

Responding to testimony by parents and students on Monday night about incidents of bullying and the perceived inaction by the district to address those incidents, Superintendent Carlson said, “There’s no question this is a difficult issue for this district, and we’ve been struggling with it for a long time”

To the presenters he said, “When you make serious allegations against this district, we are obligated to investigate. We don’t investigate hearsay or rumors. We investigate facts.”

He said the district will investigate staff that do not intervene in stopping bullying.

“If they are unknown to us or are not named, it is impossible for us to go down that road. So clearly that is something that needs to be done,” he added.

Bill Thurston, the father of an Anoka Middle School student, said, “Publicly casting doubt on the number of suicides that were LGBT or bullying-related suggests that protecting the status quo is more important than protecting students.”

At last month’s meeting, Thurston spoke about his son being bullied, and board members said they asked him for specifics so that they could investigate.

“You know, we were very sincere when we said that when you came before us at the last board meeting and said you son was bullied, but we need you to talk to administration and tell us where it’s happening so we can deal with it,” board chair Tom Heidemann said. “If you are not willing to do that with us then that becomes a real issue for us to go and investigate.”

“I have a great relationship with the principal at Anoka Hennepin Middle School, and I saw that you scapegoated her and when you scapegoat teachers as well… You have to know, Tom, that it’s this policy,” said Thurston, referring to the ban on LGBT issues being discussed in the classroom.

Heidemann interrupted, “You are out of line.”

“You are out of line too, sir!”  Thurston shot back.

That policy seems to be at the crux of the contention in the district, and each person testifying said it created an unsafe school climate for students to report anti-LGBT bullying.

A district staff member, fearful about being fired for criticizing the district about the policy, spoke with the Minnesota Independent on condition of anonymity. It can be confusing for adults – let alone students – to know when LGBT issues can be brought up at all, the staff person said: “The policy is confusing. The policy is a paragraph in length and earlier this year [the district] produced a two-page table to define situations that were either neutral or not. Only one of the points on the table was actually curricular.”

The staffer continued, “They always claim that it’s only a curriculum policy. It was very laughable because one of the points was about staff wearing rainbows on their lanyards and how some students would be made to feel uncomfortable if staff wore rainbows. In the so-called training we had at the beginning of the year, any mention of homosexuality is supposed to cause the teacher to make a referral to the counselor or school psychologist. This pathologizes homosexuality.”

The district employee added, “The policy creates an environment in which kids are implicitly told they don’t matter. If they can’t talk about who they are in class, then why would they feel okay about seeking help from a principal or counselor?”

Despite the policy and the assertion that the district has not found bullying to be a factor in recent suicides, the district has beefed up its suicide prevention efforts and altered its anti-bullying policies.

In October, the board voted to clarify its anti-bullying policies to include sexual orientation.

During the summer, the district produced videos, to be shown to all students at the beginning of the year, that address anti-gay bullying. And the district has brought in special suicide prevention staff and distributed Safe Space kits – training materials for staff on creating a safe environment for LGBT students – in district schools.

“For well over a decade we have offered SEED diversity training (Seeking Educational Equity and Diversity) to teachers and administrators,” the district’s assistant communication director Brett Johnson told the Minnesota Independent via eamil. “All SEED leaders include a segment on concerns of GLBT students. While it offers staff an opportunity to discuss GLBT issues from diverse perspectives, the teachers who have participated in this training have said their primary goal is to learn how to best support students.