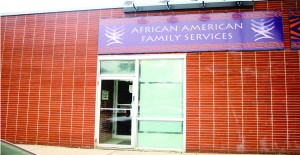 Since 1975, African American Family Services (AAFS), which began with a focus on providing chemical health services, has expanded into providing culturally specific mental and behavioral health services, family services, and violence prevention in the Twin Cities and surrounding areas to people of African descent. Over the last few years it has served approximately 2,000 individuals per year.

Currently AAFS is one of the few organizations that is primarily operated and governed by Blacks in Minnesota. Its former executive director has recently raised concerns that a possible merger with another organization, 180 Degrees, could alter that Black focus and diminish if not extinguish yet another of the state’s African American institutions.

In contrast to AAFS’s broad range of service, 180 Degrees focuses on individuals who have ended up on the wrong side of the criminal justice system. Though it does not claim to offer culturally specific programming, by its very nature, working with those who have committed a criminal offense in Minnesota, it attracts many African American clients.

Its focus — to encourage and support ex-offenders in finding legal pathways to success — has had a chemical dependency component since its inception in 1973. Though the two organizations are both in the business of healing with historical roots in chemical dependency treatment, could their missions and visions be merged to better serve their combined client base?

According to Lissa Jones, nine-year executive director of AAFS until her recent resignation, that possibility has at least been discussed. She says that her decision to leave the position 10 weeks earlier than planned was a protest against the possibility of such a merger.

“We had a meeting [with] the board chair, Freddie Davis English, and Richard Gardell, the executive director of 180 Degrees, and myself… I do believe it would be her [English’s] desire to further a discussion with Richard Gardell in regards to merger.”

Both Gardell and English are members of the Juvenile Justice Advisory Committee (JJAC), which is responsible for making sure that the state is compliant in the Federal Juvenile Justice and Delinquency Prevention Act (JJDPA).

June 17 of this year was the deadline for submitting applications for the Juvenile Justice Title V funds, which will be used to decrease the number of youth — specifically African American and Native American youth — in detention. As JJAC members, English and Gardell will be reviewing the applications. It’s through this relationship with JJAC that Jones believes the conversation regarding a merger began.

Jones says that nine years ago when she assumed the position of executive director the organization was $1.5 million in the hole and increasing its debt at a rate of a quarter to half a million dollars per year. This was mainly due to the fact that it would often take several months for many of the AAFS’s larger contracts, particularly those though the State, to pay the organization for services rendered. Yet staff, utilities and other expenses had to be paid in the interim.

The organization became financially stronger once they became credentialed to do more fee-for-service business, according to Jones. This allowed them to provide services that they could bill directly to an insurance company and rely less on grants where they would not see revenue for months at a time.

“When I left we had almost $500,000 in the bank,” Jones says. However, in the current unyielding economy, she believes AAFS’s financial viability may be returning to its previous state.

“My concern is that the culturally specific institutions that are already struggling in such severe circumstances, that already lack good governance in way too many cases…are going to collapse and fail,” Jones says.

She feels that if a merger were to occur, Turning Point, providing similar services but on an inpatient basis, would be a much better alternative. Merging these two organizations, she says, would create a stronger institution that maintains a culturally specific focus.

Though Jones feels confident that the merger is a possibility, T.J. Ticey, AAFS’s current interim director and former board chair, said, “I’m not aware of any conversations that are taking place currently with 180 Degrees…involving a merger.”

Ticey voiced no concerns over the organization’s financial viability and said that the community needs to know that AAFS is still committed to its mission of helping the community heal. His focus now, after several years on the board, is to determine the future of the organization from an operational standpoint.

“Right now our primary focus is the day-to-day serving of folks, and with trying to manage our way through this impending state-wide shutdown.”

Ticey said AAFS also wants to be the primary provider for services during the aftermath of the tornado. So far he said they have only seen a few Northsiders seeking services as a result of the storm. “We are of the opinion that later on we may see an increase in the need for some of the trauma services that we want to be a part of resolving and managing through.”

Members from AAFS are currently meeting twice weekly with a tornado relief effort, the Northside Recovery Response Team, led by Louis King of Summit Academy OIC. Part of AAFS’s charge will be in creating a proactive approach to identifying the needs of people who have historically been hesitant in seeking out and requesting mental health services and help for conditions of psychological or emotional trauma.

“It is no doubt [that] we have to shore up our response and we have to identify those folks who may not even be aware that they even have issues and may not be aware of what resources or services are available to them.”

He admits that the “rumor mill has it” that there were previous conversations regarding a merger. But when asked if he knew the reasons behind the previous executive director’s early departure, Ticey responded, “I think that is more of a board of directors’ kind of conversation to have,” referring the MSR to Board Chair Davis English.

After leaving three messages at the organization for Davis English and sending her an email, the MSR has yet to have that conversation.

Jones believes that a collaborative partnership between 180 Degrees and AAFS would work mostly to 180 Degree’s advantage, allowing their clients the opportunity to receive mental and chemical health care that is culturally responsive. “But there should be no merger,” she insists, “because it will whitewash — literally — the institution.”