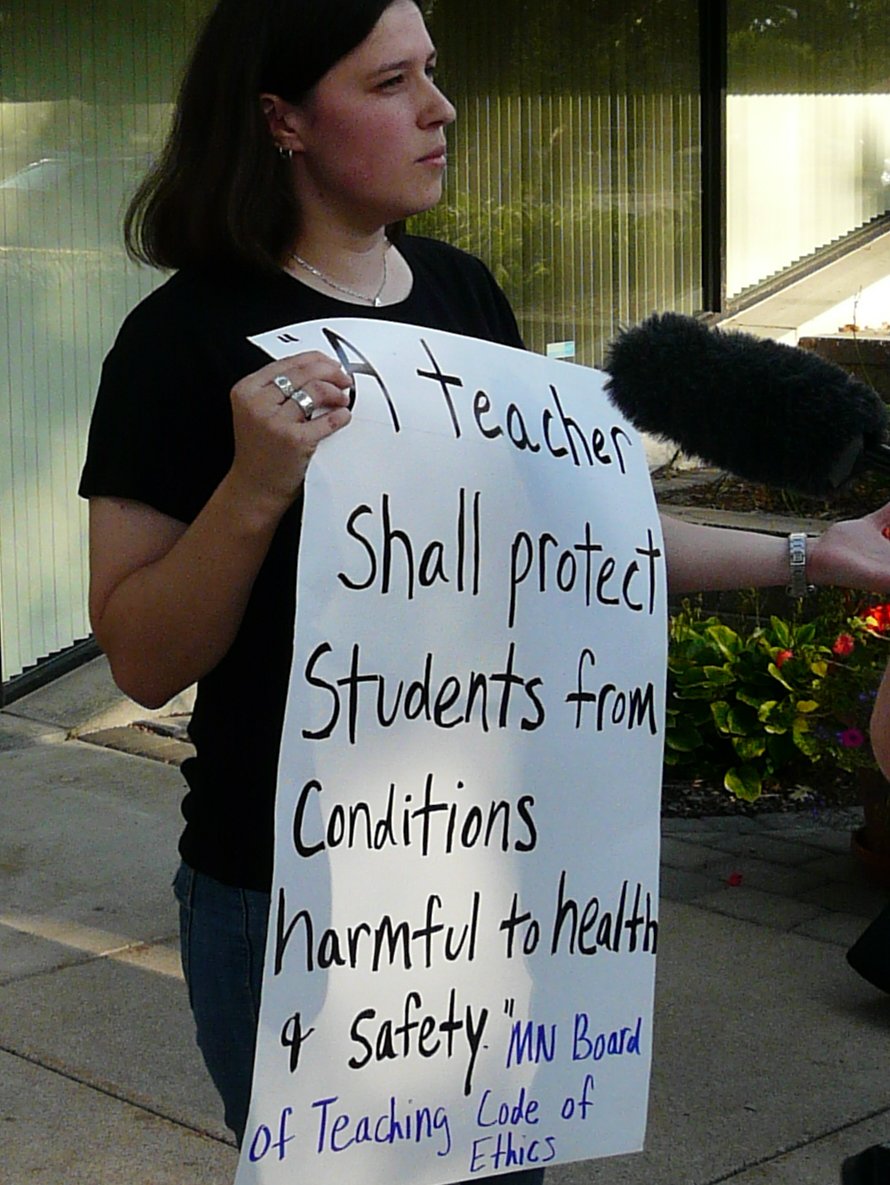 Two teachers accusing of coordinated harassment of a student have been put on leave by the Anoka-Hennepin School District, according to the Star Tribune. The school district has come under heavy criticism for what community members see as lax disciplinary action against Diane Cleveland and Walter Filson, who are accused of repeatedly harassing one of their students because they thought he was gay.

Peter Gokey, a teacher in the district currently on hiatus while going back to school, wanted quicker action. “While it’s nice that some discipline is being taken, albeit late, it’s too bad that the reaction seems to only come as a reaction to public pressure,” he told the Minnesota Independent on Tuesday night. “I would have rather the district had done it more immediate to when the offense happened — and because it was the right thing to do.”

Filson and Cleveland reportedly directed anti-gay and derogatory statements toward their student, Alex Merritt, who is not gay. Following an investigation by the Minnesota Department of Human Rights, which found merit with Merritt’s case, the district agreed to a settlement of $25,000.

Anoka-Hennepin administrators said they can’t discuss whether the teachers were on paid leave, but the news came as a relief to about a dozen protesters at an open house last night at the Secondary Technical Education Program (STEP), where the pair taught. Those protesters said they wanted to ensure no other students faced the same harassment.

“I would like to think it did,” he said. “I wouldn’t be surprised if they have been put on leave because the Minnesota board of teachers is investigating and they need to be [on leave] until that investigation is complete.”

Fairbanks said a number of concerned school district members have contacted the teacher’s board to investigate “conduct unbecoming a teacher.”

“I would be very surprised if they don’t remove their licenses, which would mean they would lose their jobs,” he added.