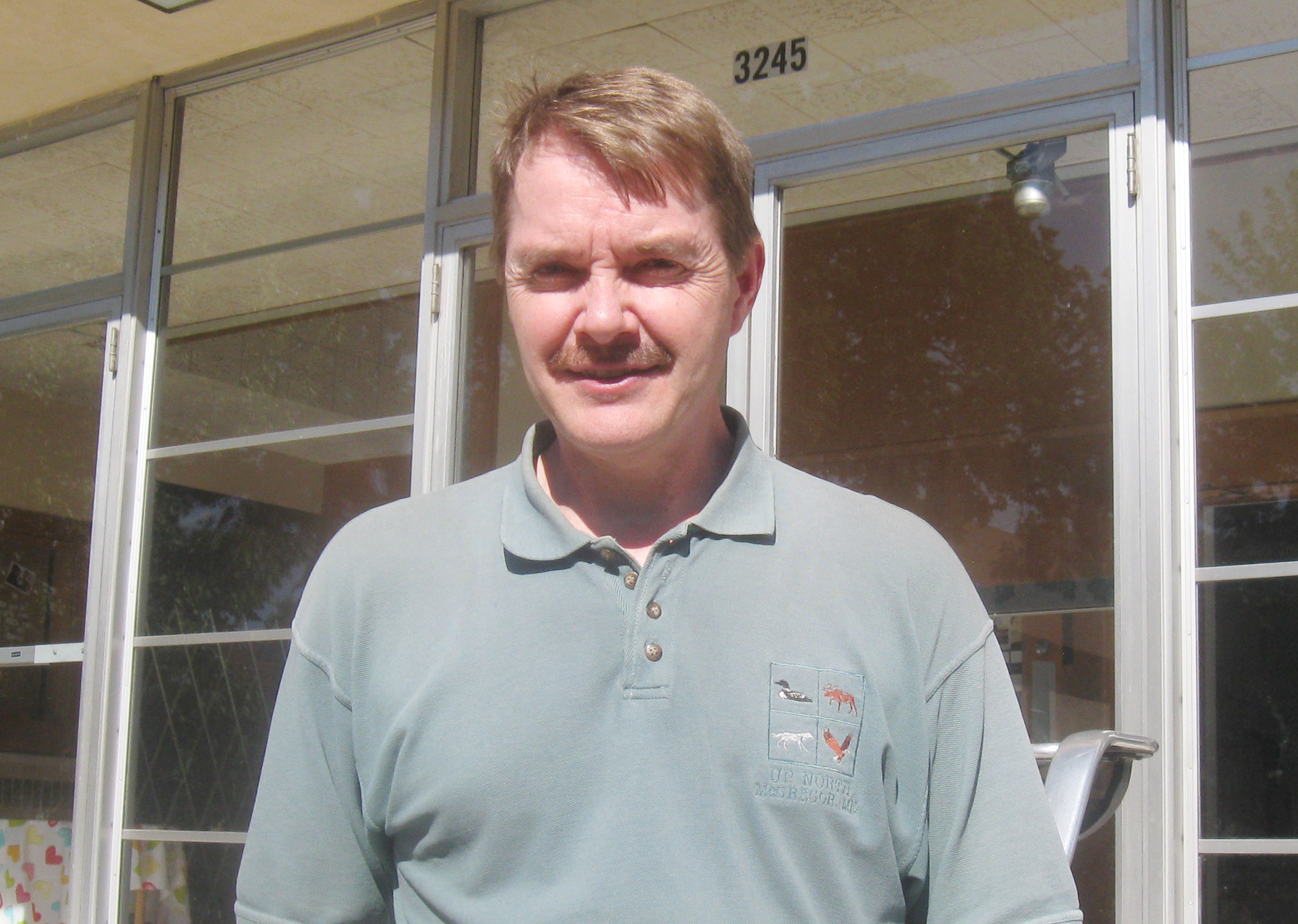 Frequenting a food shelf doesn’t have quite the stigma it used to carry with folk who’ve looked down on those who turn to that resource in need. That’s because, increasingly in this severely deteriorated economy, many who once had now have less and find themselves getting in line right along with everybody else for handouts to fill gaping space in the cupboards.

So now there’s a greater demand than ever for staples, a demand that the doors at Jericho Road Ministries opened in May to help meet. Housed at 16/33 Center, 1628 E. 33rd St. in South Minneapolis under Bethlehem Urban Initiatives, it couldn’t be better located to serve a diverse populace. “We may have people coming from all sides of South Minneapolis to our centrally located site,” says director Jeff Noyed.

“We looked at the community,” Noyed continues. “Latino population…the working poor, some of them elderly that were first-time homeowners. The Latino population is the largest group. There’s [also] lots of Somalis, Native Americans, African Americans, a melting pot of people living in the community.” That includes White clients, too.

Those hustling to make ends meet can visit Jericho Road Ministries more than once a month and don’t have to live in the area. “There are other food shelves with stringent guidelines,” says Noyed. “We find that some people, if they’re out of work or if they’re underemployed and unable to cover basic needs, they will need additional help. We want to be there if they need help.”

Noyed notes that a significant amount of help is given to those who, before the recession, lived comfortably enough that going to a food shelf would’ve been the last thing on their minds; now it’s a factor when they make out their budget at the first of the month. “That’s the group that continues to grow.

“The folks that are working at lower income jobs and housing is taking 65 to 75 percent of their income, they’re having a hard time making decisions on housing or food, transportation or food. [Often] they’re skipping meals. Up to 583,000 are missing up to 10 meals a month in Minnesota as a result of cutbacks.”

Like any start-up endeavor, there are first-year challenges. “One is networking, getting word out about Jericho Road. Communicating with other organizations. [Also] getting the community to know us, person by person, week by week. That we’re going to be friendly, help people make next steps.”
Next steps might include referrals for assistance with essentials like rent and utilities. “[A reputation] doesn’t happen overnight. It takes time.” There is the matter of funding. “In today’s [economic] climate, that’s difficult. You keep working toward it.”

Lest one look at and dismiss the clean-cut Noyed as a do-gooding, self-appointed White missionary pimping a paycheck, he’s seen his share of being down and out. The ravages of chemical recreation, which chronically land folk on food shelves’ doorstep, know no color.

He candidly divulges, “Part of my background was involved with drugs and alcohol. I had a past that was not so great. I know what sort of mess I was making of my life. I know what a lot people are going through. I kind of walk alongside of [them], which [helps] me connect rather than look down.”

Noyed has been known to give a groceries-laden client a ride home if need be. In short, he cares because he can identify. Not all food shelves are thusly characterized.

Marty (not his real name), a freelance consultant and food shelf recipient, says, “With five children in the house, a social worker who encourages us to get by on WIC, and income that’s been severely curtailed, monthly trips to the food shelf save our collective lives each month.”

He recalls, “I have been to food shelves where workers act as if I am taking the food out of their mouths. If I say, ‘My children won’t eat this, so I will just leave it here for someone who does like it,’ they get shifty eyes. It isn’t like I’m asking for a t-bone steak instead of Hamburger Helper, but staff act as if I’m an ungrateful s.o.b.”

No one gets treated like that at Jericho Road Ministries, where the title of director is far from an elite position. Getting this organization off the ground and keeping it viably running is more like designating oneself chief cook and bottle-washer. “You have to do everything. [Motivation] falls on you.”

Noyed, constantly answering the telephone without a secretary, rolls up his sleeves to pitch in on the grunt work. “That means,” he acknowledges, “doing the paperwork and statistics. Taking out the trash. Everything at the grassroots, covering from A to Z. You start up in the morning as it falls on you to get going and work hard. If it means more time in the evening, you’re at meetings in the evening.”

Jeff Noyed doesn’t do it all by himself. A skeleton staff includes volunteers and Development Director John Bohnsack. “We wear many hats to make things work.” And work they do, providing an invaluable resource in profoundly trying times.

Jericho Road’s food shelf hours are from 10 am to noon Tuesdays and Thursdays and 2-6 pm other weekdays. It’s also open between 5-6 pm by appointment for people working business hours. Telephone: 612-455-1193.