On August 3, Ananya Dance Theatre (ADT) presented an open rehearsal of their upcoming show Kshoy!/Decay!, which will be presented at the Southern Theater September 9-11. The all-female group of dancers (nearly all women of color) are collaborating with theater artist Laurie Carlos to create a brutal piece of work that integrates traditional Indian movement forms with modern dance and a soundscape of human voices and miscellaneous found sounds.

In 2009, the company finished a three-year project on environmental justice. This year, ADT launches its four-year investigation of violence, each year exploring the theme under a different paradigm: mud, gold, oil, and water. This first element, mud, represents displacement and spiritual survival, according to Chatterjea, who answered questions along with Laurie Carlos following the demonstration.

The August 3 presentation included four sections: Seed, Tears, Exile, and Tiger. Each section featured a gritty explosion of emotion and beauty. From dancer Lela Pierce’s first solo where she appears on stage in fetal position, moving slowly into double crossed arms and legs to the sound of scratching meta,l to the ferocious moments when the whole cast takes over the stage stomping, their arms and legs outspread with tortured expressions, it was apparent that this is not a piece that one can simply sit back and watch passively. The work forces the audience to engage, to live through the experience. We may not know exactly the specifics of the stories that the dancers are telling, but we understand enough. We hear the words that Laurie Carlos reads aloud—a poem that speaks of smoldering landscapes and poison falling into one’s eyes—and we know that this is a piece that speaks to the most gruesome aspects of society, where women are tortured and killed, where families are forced from their homeland. 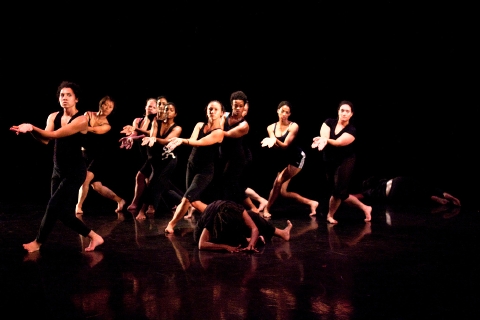 Though it was still a work in progress, the open rehearsal revealed several moments of startling power. The sound design and choreography both jar against each other and synchronize to create a disturbing and exciting experience. The soundtrack—created from human voices and a collage using everything from water falling down a staircase to abstract metal sounds—becomes the backdrop to the thumping rhythm of ADT’s dancers beating their feet against the floor. The dancers even create sounds with their own voices as they hold their palms out in an expression of vulnerability. 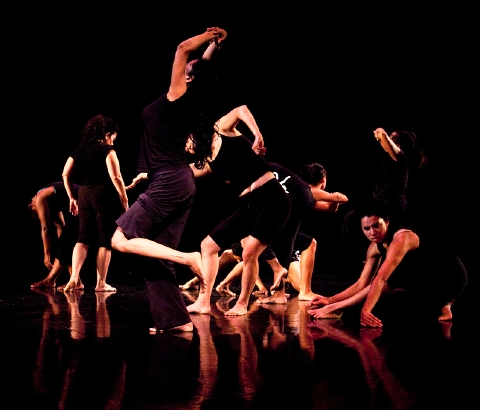 In the question-and-answer section following the demonstration, Carlos and Chatterjea discussed how they developed the piece. Much of the work is drawn from the harrowing reports in the news of war-torn countries where women are gang-raped, forced into diaspora, surviving famine, refugee camps, and living without food. Some dancers in the group have also shared their personal stories, which have been worked in using improvisation and storytelling. “The world is in a state of deep distress and we are not paying attention,” Carlos said. “This piece is going to be very emotional and very strong, and very hard to see.” 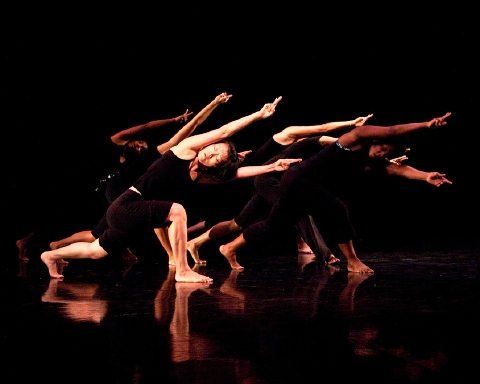