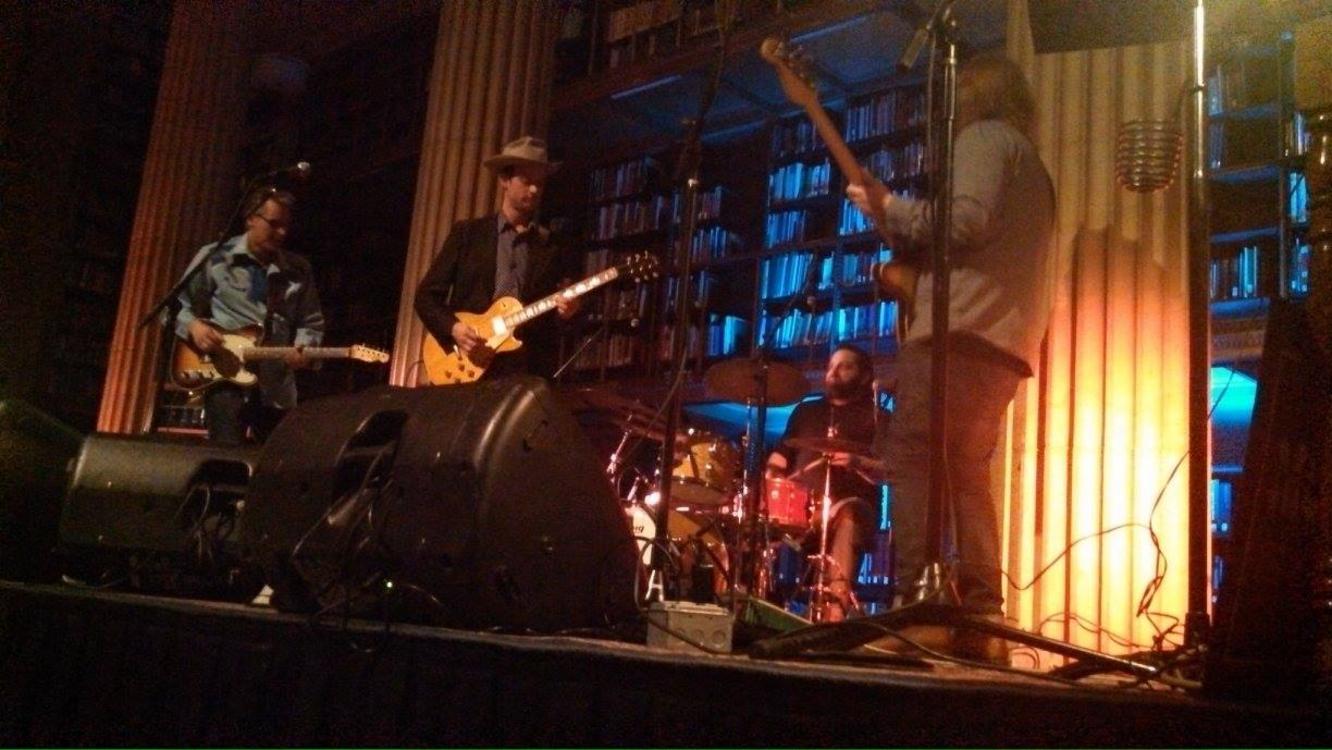 Hailing from Vermont, Anais Mitchell headlined the show with her stories of reading and babies and boats. Mitchell is a little bit country, a lot of folksy and kind of modern. She borrows stories from old sources and puts a lighter, modern spin to the sound. She did a rendition of Willie of Winsbury, a remake of an old English ballad from the Francis James Child collection. It’s the story of a princess found unexpectedly pregnant by a proud servant while her father, the king, was in Spain. Going even farther back into history she did two songs off Hadestown, a folk opera based on the Orpheus myth and set in a post-apocalyptic Depression Era. The Wedding Song had a definite Blind Boys of Alabama feel to the sound – and it turns out a similar spin on bringing mythology to a Depression Era window.

Mitchell has a staccato-clear voice that adds a lightness to the songs. It also makes then very easy to follow. I found that to be especially true on Why We Build the Wall, another song off Hadestown. She adds a depth to the sound of the songs as well with wolf howls in Shelter Us or in the eerie guitar playing in Ships. She wasn’t playing the eerieguitar, it was actually Minneapolis musician Jeremy Ylvisaker; the guitar sounded like a metallic mark twain or metal scraping, which was a nice contrast to Mitchell’s ebullient voice and fitting on a song about ships. Mitchell was backed by Ylvisaker, JT Bates and Michael Lewis.

Mitchell closed out her set with a Silent Night done in Christmas Carol style. It was very nice – even for those of us who were told in school by the nuns that sometimes it was OK to not sing along.

The evening started with two poems by Vicky Sloan, who was probably better known at this event as Erik Koskinen’s mom. She started with a great poem comparing men to books. Perfect for the majestic Hill Library setting. There were some great, racy lines about running fingers down a spine of leather, pages turners and becoming a connoisseur of books. The poetry was the best kind of racy, which means my 9 year old date didn’t get it.

The first set was an extended version of the Real Phonic Radio Band’s set, including Erik Koskinen, Paul Bergen, JT Bates and Michael Lewis. They opened with Boomtown, which I believe will be on the upcoming album. It has the familiar working class country twang. Each of their songs, except the fun old timey sounding instrumental, told a story of hard times, beer and blood and money. Classic country themes. The set included a duet with Koskinen and Molly Maher. Maher is one of the producers of the show. She always makes an appearance but rarely seems to sing on the Real Phonic Radio so it was nice to have her sing. It’s a new song, I assumed it’s called Justified. It’s nice to hear a duet by two musicians who seem to enjoy playing and singing equally. Dave Simonett, from Trampled by Turtles rounded out the night. He played just a couple of songs, including Bright Lights by Dead Man Winter, which is a great slow song. The kind of slow song that would be great for dancing. Unfortunately my 9 year old date, like her mother, prefers fast dancing!

Real Phonic Radio happens on the third Thursday of each month. It always has an intimate feel, although the crowds are getting larger. If you bring a canned good for the local food shelf you get in for half price.