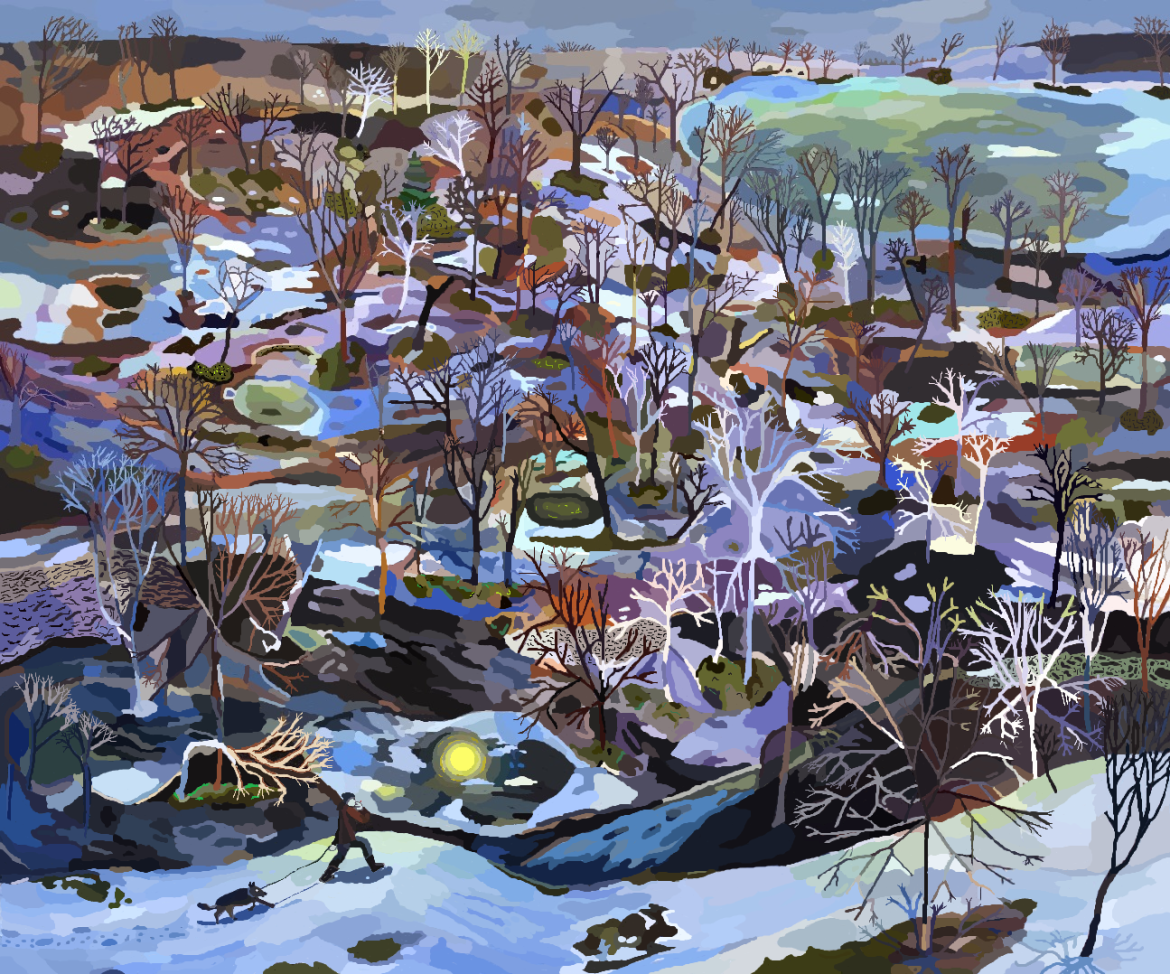 Saint Cloud-based, nationally acclaimed singer-songwriter Paul Spring’s recent offering, following 2012’s “Paul Spring,” is “Towards a Center,” released in June. For someone who hasn’t yet signed with a label, Spring isn’t doing half bad for himself. Not at all. For one, the new joint is produced by Homer Steinweiss (Amy Winehouse, Sharon Jones and the Dap-Kings). For another, his dance card is quite full, thank you through, on last note, mid-September with stops in San Francisco, Seattle, Portland, Philly, D.C. and, of course, gigs sprinkled around the Twin Cities metro, including Bedlam Theatre and the vinyl release event for the album at Icehouse in Minneapolis on August 30 with the Chris Thomson Quartet.

Asked for a bit of background on himself, he replied by email that he’s “25 years old, classical guitarist and songwriter…who has self-released 4 full length albums, [is] great-grandson of poet Joyce Kilmer and impressionist painter Frederick Frieseke, raised by two English professors on a steady diet of classic literature and classical music.” Helping out Spring (vocals, guitar, keyboards) on “Towards a Center” are Steinweiss (percussion arrangements), Joe “Tone” Harrison (bass) and Leon Michels (woodwinds). Steinweiss and Michels help out with the some of the writing. Caught on a heavy duty weekend that saw him play weddings the entire Saturday, Paul Spring took time, once he was all in, to do an email interview with Twin Cities Daily Planet.

The title cut off the new album sounds like there’s a strong Paul Simon influence on the vocal and guitar. Any comment on that?

Thank you. I grew up listening to a lot of Paul Simon, and revisited his music last year after my brother Arthur gifted me a couple of his CDs. I especially love the visual impressions in his lyrics, and how he can make the most painful lines sound joyful, like when he sings ‘losing love is like a window in your heart’ during Graceland.

Any songwriting heroes you want to mention? Singers you particularly like?

I have many songwriting heroes, but for this record I was particularly listening to Nick Drake, Leonard Cohen, Paul Simon, Joni Mitchell, and Bill Withers. Bill Withers’ ‘Grandma’s Hands’ is my favorite song of all time.

How do you go about choosing sidemen?

I play with a lot of friends here in Minneapolis, and I’m lucky to also have friends in other cities who I can collaborate with. In turn I then sometimes am asked to back those friends up and play rhythm/sing harmonies for their music. In the case of this album, I got to work with Homer Steinweiss. He is a very talented drummer and producer from New York who I met in Saint Joseph, MN.

You approach playing any differently in the studio than when you’re performing live?

For this recording, I came to the table with guitar parts and vocals. Homer listened carefully to my demos and then suggested changes in composition and augmentations in arrangement. It was his idea to add saxophone, his idea for me to sing a little quieter, his idea to add drum machines and other minimal auxiliary percussion. I feel very lucky to have found him, because I think he brings the best out of me in the studio.

What’s up next, after the Icehouse show?

I am excited for the release show because I get to play with all of my Minneapolis friends and Thomson quartet is opening. They are an incredible band, and I’m lucky to have Chris Thomson playing sax for my set as well. After the vinyl release show, I am touring the east coast for a month to play solo shows in small listening rooms and theaters. It was a lot of work to book the tour myself, but I cannot wait to get on the road and perform in some different cities.