The beat of drums calls dozens of dancers into motion. A circle of spectators surrounds them as they stomp and sway in unison with increasing speed and intensity, eventually becoming a blur of colors, patterns, beads and feathers.

This is the moment Tanksi Clairmont lives for.

“I’ve been dancing ever since I could walk,” the powwow veteran and champion American Indian dancer said.  “I get the same feeling every time.”

Clairmont, a University of Minnesota graduate student, led the rest of the female dancers in the University’s fall powwow Saturday at the Minneapolis Convention Center.

Like many others, she claims that staying connected to her American Indian culture has driven her to academic success.

“Being in the powwow circle really makes me want to be a role model to young girls,” she said. “I want them to know that I’m doing well not only as a dancer, but also academically.”

U.S.  Census Bureau data from 2010 identifies Minneapolis as home to one of the top 16 largest urban American Indian populations in the country. But only about 1 percent of the University’s student body identifies itself as American Indian, making it the smallest minority group on campus.

Retention rates present another challenge — only 45 percent of American Indian students who enrolled in 2003 graduated within 5 years.

But as the country celebrates National American Indian Heritage Month, powwow participants suggested events such as this one may be the key to increasing American Indian representation and retention rates in higher education.

‘A culture for success’

Gary Lussier, a University alumnus, took a brief break from dancing during Saturday’s powwow to just sit and watch.

“In the ’70s, when I was at the U of M, you would have had to travel to Albuquerque, New Mexico to see a powwow like this,” he said, leaning on the eagle’s skull that topped his staff.

Lussier has been a school principal for more than 15 years, including at an American Indian magnet school where he said they held monthly powwows.

“We have to instill a culture for success in our schools,” said Lussier, who is also father to two University of Minnesota students. “It’s all about nurturing and keeping our kids in school.”

The celebration came at the end of a national AISES conference focused on increasing the number of American Indians in science, technology and engineering fields.

Emmy Her Many Horses, vice president of AISCC, is an American Indian Studies student at the University of Minnesota.

She grew up on a South Dakota reservation surrounded by her Dakota culture, where 98 percent of her high school classmates were from the same Dakota tribe.

“Coming from a place where I was immersed in my culture to a school where we’re the smallest percent really made me realize what I value about my culture,” she said.

This was Her Many Horses’ fourth University-sponsored powwow.

“I feel at home here,” she said before the grand entry of dancers and veterans began.  “I think everyone should attend a powwow just to see what it’s like.” 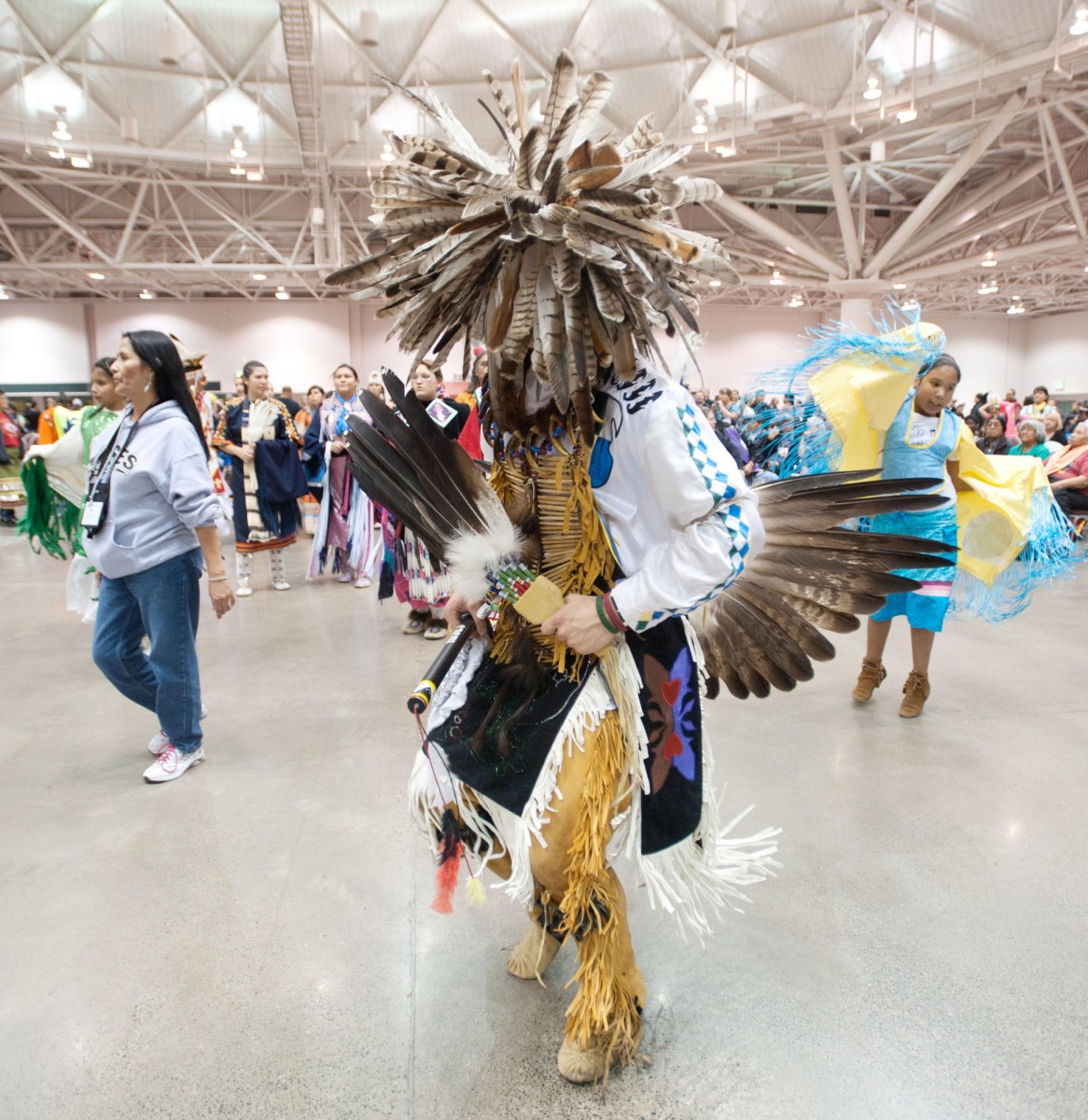 Dionne Griffin danced in his first powwow Saturday night.  Initially, he had no intention of doing so.

The University sophomore heard about the event through a class, and said he had no idea what to expect when he caught the bus to the convention center Saturday night.

But when the ground began to shake beneath him to the rhythm of the dancers and drums, he said he said it was something he had to try.

“I’m captivated by the colors and the movement,” he said. “But my favorite part is the inclusiveness — I feel a part of everything.  It’s just an incredible celebration.”

Griffin said like most students, he doesn’t know enough about American Indian culture, and hasn’t met very many American Indian students outside of times he stopped by the AISCC.

He said he left the powwow with a new perspective, new dance moves and a souvenir — an orange, polished stone he purchased to commemorate his first, but “definitely not my last,” powwow.

Tanksi Clairmont, the head dancer, travels to powwows around the country almost every weekend.

She brings someone special with her — her 8-year-old daughter, who is already following in her mother’s footsteps.

The Clairmont name is well known on the powwow circuit, she said — it has been a part of her family for more than 60 years.

The single mother said her daughter has won $800 in the past month in her own dance competitions.

But dance isn’t the only thing Clairmont has passed on to her.

Last semester, her daughter would join her for night classes at the University.  This semester, they do homework together after she picks her up from school.

“I can see her potential for educational success,” she said.  “She already knows where she’s going to school and what she’s going to study. I don’t ever remember being that bright at her age.” 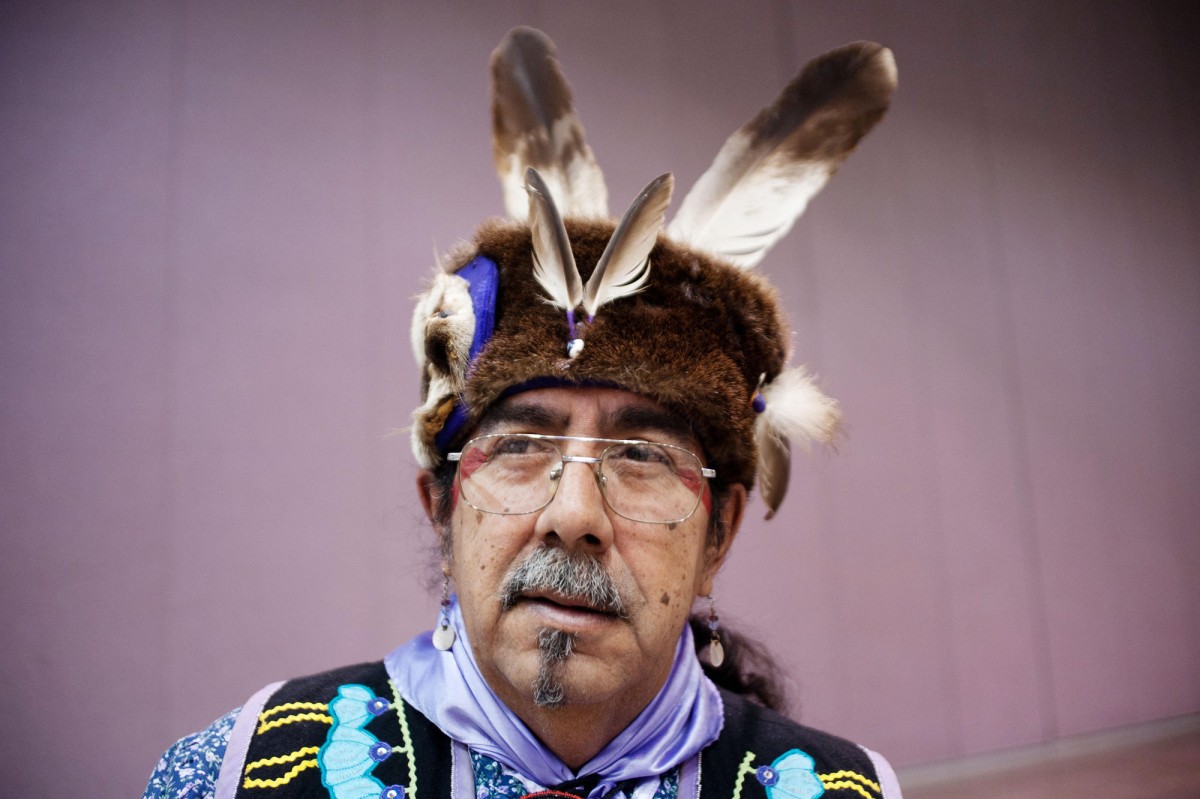