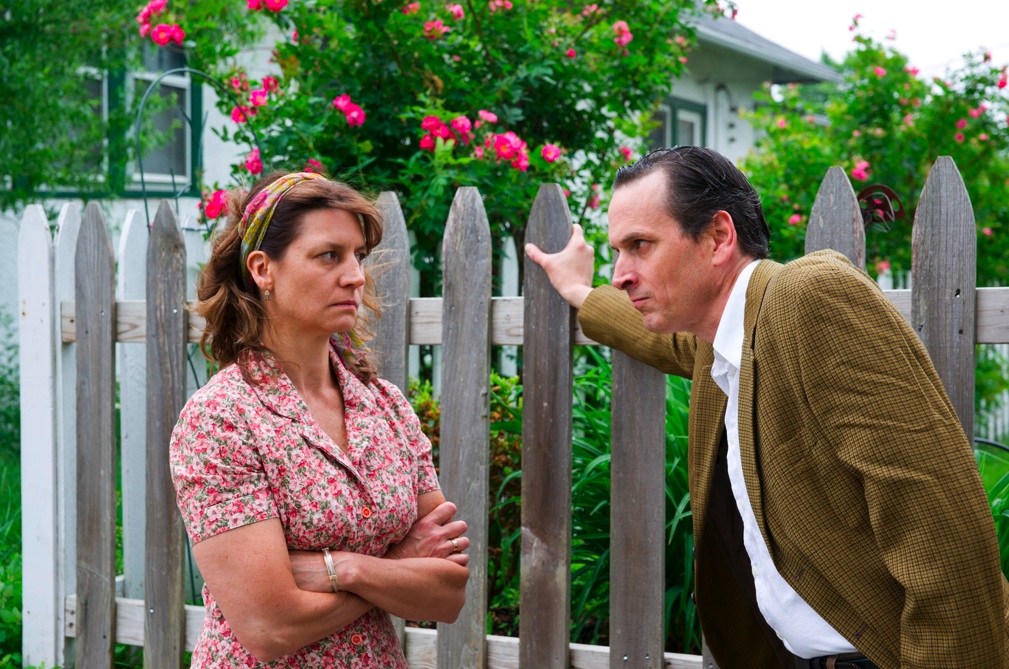 A new play by Carlyle Brown explores love and family in the midst of the turmoil of racism. American Family, directed by Marion McClinton, opens at Park Square on Friday, March 23, with previews running March 16—March 22. Brown himself has recently joined the cast after James A. Williams, who played Othello at Park Square in 2009, was offered a role in Athol Fugard’s My Children! My Africa!, which is being produced by New York’s Signature Theatre.

Brown worked as a the dramaturge for Othello in 2009 and got to know Park Square’s Artistic Director Richard Cook and formed a relationship, according to Brown. One thing led to another, and eventually the theater commissioned Brown to write American Family.

Brown says he approached writing the play by allowing memory to tell a story. “The past is something that is always present,” he said. It influences “the decisions we make.”

Brown uses memory as a way to tell the story of a mixed-raced family. A young girl is separated from her family and ultimately tries to save her brother from her own fate where she lost her innocence. The story was inspired by a 1964 film called One Potato, Two Potato, about an interracial marriage between an African-American office worker and a white divorcee, which culminated into a courtroom custody case between the woman and her ex-husband, who says the child’s welfare is at risk by the interracial relationship.

American Family tells the story of a young girl taken away by her long-absent father after her mother begins a relationship with a black man. The play looks at how the girl discovers years later that she has a half brother who born after she was taken away. She reaches out to get to know him and the two share stories from the past and begin to heal.

Brown says he had a goal to explore how racism and segregation has effected the life of this young girl, who is separated from her mixed race family. “In America, race has to do with everything,” says Brown. “Race is always a subtext.” In the story of American Family, people from the same family are not of the same race, but because they are living in a racist society, they have to negotiate with themselves, he says.

Though the story takes place in 1964, when interracial marriage was illegal, Brown says that you can see similarities with the way that gay marriage has come to the forefront of politics today. The characters “have to find a way to protect themselves,” he says, and decide “who they should not love.” By writing a play about this issue, Brown explores how the political becomes personal, and “what these things mean to human life.”