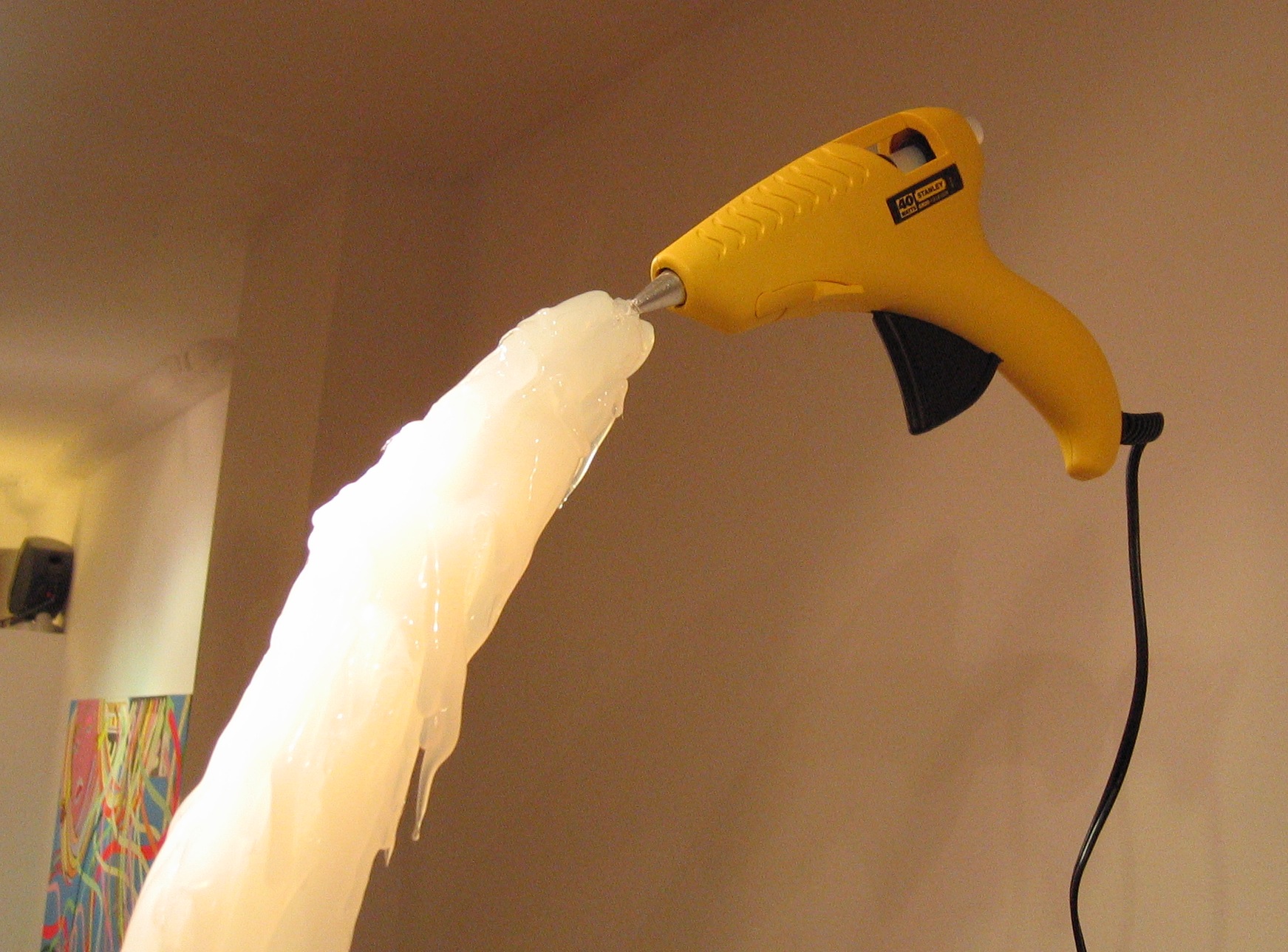 The hammer, nails, screws and screwdrivers; twisting and turning as I force the spiraled tips into the firm wood of the frame’s edge. Hot glue dripping down my arm (which is painful) and the wire catching my skin as I tightly fasten it to the hangers. If I can’t wire it, I have to staple the hanger in place with a staple gun that my hands are too small to wrestle and that sounds like a gunshot among an evening of illegal fireworks. Sometimes it gets away from me and the hanger goes flying along with the staple that I imagine puncturing my eye one day if I’m not more careful.

I cover the tips of my fingers in super glue to prevent all this twisting and turning from giving me blisters; the liquid heats immediately. I have pretty hands and the irony of having to damage them in order to keep them from getting damaged is trivial. Pulling super glue off your fingers is fun but it slightly erodes your finger print. Fortunately, I have no plan to get arrested anytime soon.

I bought colored scrapbook paper from Michael’s to decorate the interior backing of the frame which is too wide a space for some of  the pieces, but the colorful paper will hopefully distract from that. In some ways it even distracts me until a sheet of glass cuts my arm. It bleeds and that’s not the kind of substance I want my work coated in so I’m frantic for a paper towel. My mind is unsorted so a few drops of blood appears to flood my work space and now I think I’m dying form extreme blood-loss when I barely need a Band-Aid.

I only slept four hours the night before.

I’m also a little angry that I pointlessly braved first-of-the-month drama at 8:30 a.m. to buy something at Savers that was no longer there. I’ve never been so publically crestfallen as I was at the loss of four identical frames that were perfect in every way. It’s amazing how shopping can turn a person into a homicidal maniac who would kill in the name of a thrift stores low prices. I tried really hard not to imagine seeking revenge on the anonymous frame snatcher; I still have too much to do to grieve over inanimate objects and my arm still hasn’t stopped bleeding.

I’m kind of excited to pick the scab though.

I need a break, so I leave the house and walk to the Dairy Queen a few blocks away. It’s a beautiful day outside and every second in the sun is a blessing since I haven’t truly basked in its warm glow in a while. Everything is green and flowers and I remember a time when this was summer; when it was every summer in the neighborhood. I haven’t really gotten a chance to enjoy it, but I can’t imagine enjoying anything without the feeling of a paint brush in my hand. It’s kind of depressing that art is my husband and that I can’t imagine loving a person as much as I love art. Would I sacrifice my love for that one perfect summer? If so, what would I do in place of it?

I bought a chili dog, a cappuccino blizzard, and a cherry slushie; it wasn’t all for me, I swear!

By the end of the 21-hour work day I complete one piece and start a new one while watching gay-themed documentaries on Netflix: it’s the closest I came to celebrating Pride all weekend. One of my chihuahuas has a nervous breakdown while the other one is sleeping soundly on the couch; it’s like they’re both miniature representations of what I wish I could do but can’t. It’s unreal how successful the day was despite itself.

The show’s opening reception is at The Smitten Kitten on Sunday at 7 p.m. If I haven’t died from exhaustion or mental collapse by then I’ll see you there.