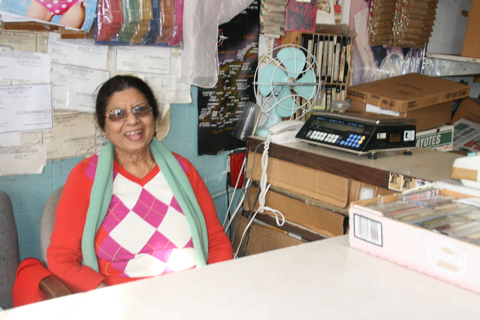 Amand’s Exotic Food Market has been selling Caribbean food in the Powerhorn Park neighborhood for 32 years, but even if you’re not looking for Caribbean food, you might want to drop by just to meet Beebee Sharief.

The store is owned by Beebee’s brother Charles Amand who, she said, thought of closing the place. “I don’t need the money,” he told her. Beebee didn’t need the money either, but after her husband died four years ago after 45 years of marriage—she was 16 and he was only 18-years old when they were married—and she retired from her medical assistant job, she found she needed something to do. More importantly, she wanted a chance to socialize.

“Some people come in just to visit,” she says. “It’s like therapy for both of us and I like to meet people. If you don’t have money, I’ll give you groceries. Everyone has to live and I believe in karma.” You can share your life with her and she’ll return the favor.

Her family had stores in their home country of Guyana before coming to the United States and there she became a natural saleswoman. Amand’s Exotic carried Jamaican food because there was a demand for it. “Jamaicans come from all over Minneapolis to buy here. They’re very nice, friendly people.” 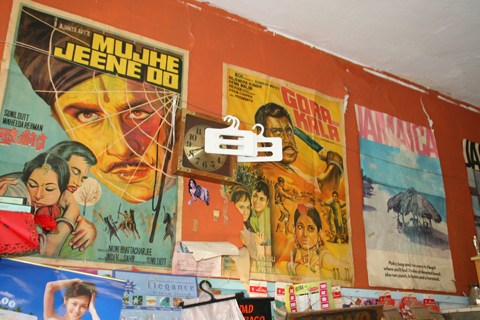 The store hasn’t seen a makeover perhaps since it first opened. It’s small and cluttered but warm. A suit of armor sits in the back without any explanation. The walls are lined with faded early Bollywood movie posters, one from 1963, the other from 1972. “We used to sell videos. Now, people can just watch them on TV,” she says. 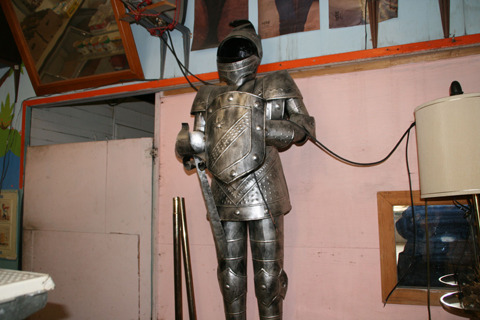 Beebee used to run the Roti Shop, a restaurant located next door to Armand’s (now Marlas Caribbean Cuisine), so she knows how to cook almost everything she carries. 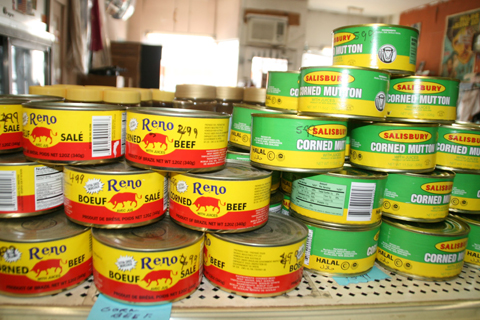 Ask her what you should do with the cans of potted corned beef and corned mutton. “Oh, you can do so much. You cut up some green onion and green peppers and sauté them. Then cut up the meat and fry it. You can eat it with rice, bread or pita.” 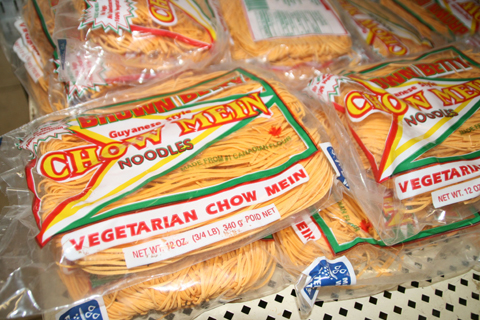 Then ask her what to do with the brightly colored Guyanese chow mien noodles or the cassareep, a syrup made of cassava juice. Both are needed to make the Guyanese version of Chinese chow mien. She’ll tell you everything you need to know to make it yourself.

Or, better yet, ask her about her three grown children. “I’m so lucky. I’ve got billion dollar kids,” she says. “The youngest calls me every morning and evening.” She’ll show you photos of her grandson, now in the Air Force.  Her granddaughter, she brags, is getting her Ph.D.

The store’s best sellers are the ackee (a rare extravagance at nearly $10 a can) and salt fish, used to make Jamaica’s national dish, the new line of Marie Sharp’s hot sauces, “Beware” and “Habanero” and Beebee’s favorite, the famous Mango Pickapeppa Sauce. “It’s so good,” she said.

She points out the Caribbean sodas in a cooler in flavors like orange, champagne and cream soda. She recommends Walkerswood jerk marinade. “You have to leave it on for a couple of hours. If you have a leg or chest, you have to poke holes in it. But you can use it with shrimp, vegetables, chicken or fish. It’s best to grill it, but if you can’t—if it’s winter—then bake it. (She doesn’t use this brand, she confessed. She makes her own jerk sauce.) 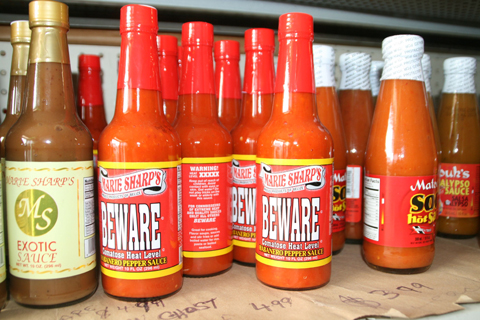 She hands me a package of Chief brand Hot and Spicy Duck/Goat Curry Powder to take home and try. “It’s not just for duck or goat,” she says. “Don’t pay attention to that. You can use it for anything. Jamaican curry is much, much different than Indian curry.”

It’s easy to make if you follow her directions. Put two or three tablespoons of the curry in a cup of water for each pound of food. Take lots of fresh onion and garlic, fry it in a little oil, add the meat and the curry water, cover and cook on medium heat until done. Despite the name, it’s not hot and spicy. In fact it’s quite mild. You need a little of Marie Sharp’s hot sauce for that. 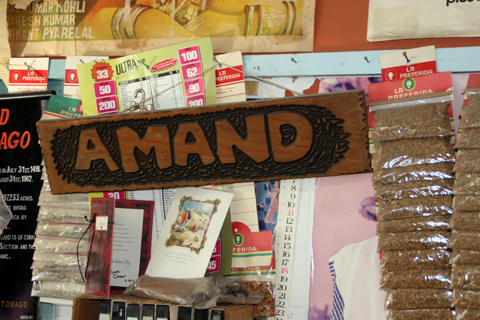 Beebee pulls her journals from under the counter. “I sit and write in them everyday.” She keeps five (or more) there, each filled with a record of everything that happens to her and all the people she meets, written in elegant longhand. “After you leave, I’ll write about you,” she tells me.

“I like my life, but I miss my husband,” she says. “I see him in my dreams. In the day I meet people in the store and at night, I still have my husband. I’m blessed.”