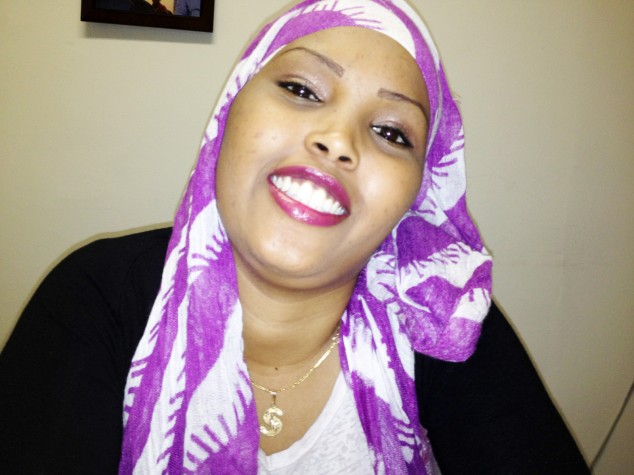 Marianne Neba is 18 years old, a native of Cameroon who immigrated to the United States a few years ago and recently graduated from Park Center High school Brooklyn Park, Minnesota. For the last three years, Neba has been a participant of the AGILE/Amakolo African Girls Pathways to Success project offered by the Minnesota African Women Association (MAWA).

Neba has been accepted to the University of Minnesota Duluth in the fall and hopes to major in biology and chemistry.

Ikram Ali is 19 and a native of Somalia who grew up in Syria. Ali immigrated to Minnesota in September 2011. Ali was trained as a nurse in Syria and wishes to accomplish her lifelong dream of becoming a registered nurse.

In the meantime, Neba and Ali are both undergoing Certified Nursing Attendants (CNA) training at the North American Medical Academy in Minneapolis. Neba hopes the training will enable her find a job so she can subsidize her college program. For Ali, the training will help her find gainful employment and serve as a springboard to her goal of becoming a registered nurse.

Neba and Ali, like many other young African immigrant/refugee women and girls living in the Minneapolis/St. Paul metro area have taken advantage of the Amakolo African Girls Pathways to Success Project; a project of MAWA. According to Ms. Melissa Nambangi, Executive Director of MAWA, the goal of the Amakolo project is to provide African immigrant and refugee girls with a “pathway to success” through intensive group and individual education, counseling, and academic support, and mentoring. “While all immigrants face difficulties resettling, it is much more dramatic and challenging for African females,” Ms. Nambangi stated.

Some of these girls lived in refugee camps where they received little or no education, lived in poverty, and have had no role models. Others have also faced subjugation and sexual violence ingrained in some African cultures. The Amakolo program provides education and information about healthy youth development, personal financial management, career paths, and attending and paying for college.

Participants receive an initial $250 stipend to open a college savings bank account and those who choose to pursue the CNA program certification examination fees covered by MAWA, thanks to funding from some local foundations and the Office of Refugee Resettlement. 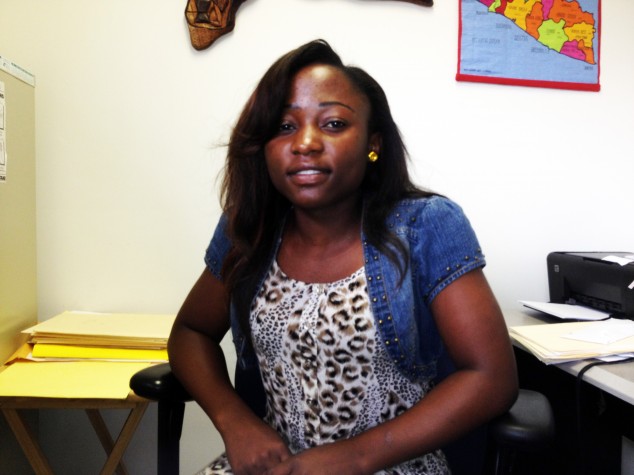 Left: 18 year old Marianne Neba, a native of Camerron, has been a participant of the AGILE/Amakolo African Girls Pathways to Success project offered by the Minnesota African Women Association (MAWA).

Neba heard about MAWA’s AGILE program from other African immigrant students who were participants of the program at her Park Center high school and decided to join. A member of the Somali community in Minneapolis referred Ikram to MAWA.

Neba particularly credits the Amakolo Project for building her confidence and raising her self esteem. She stated that prior to enrolling in the Project, she faced difficulties making friends and integrating a school system that is very different from the one she attended while in Cameroon. The Project provided her the opportunity to learn and appreciate her cultural heritage while being able to integrate into the American school culture. She strongly urges other African immigrant and refugee girls to join AGILE/Amakolo.

For Ikram, the Amakolo program has given her a renewed sense of hope and provided an opportunity to gain valuable skills. Besides, she credits the CNA certification program sponsored through the project for giving her the opportunity to earn a living.

“While many young African immigrant girls are taking advantage of the AGILE program, it is unfortunate that some parents and guardians of African refugee girls are reluctant to provide the necessary immigration information to enable their girls receive the financial incentives offered by the Amakolo project” stated Ms. Nambangi. Ms. Nambangi intimated that the Amakolo program has been a lifeline for many young girls and appeals to parents to take advantage of the Amakolo program while it exists by enrolling their girls.

The Amakolo project is funded by the Office of Refugee Resettlement and is intended for African refugee and asylee girls who have lived in the US for less than five years. It is a project of MAWA’s AGILE program (African Girls Initiative for Leadership and Empowerment), an 8-year old after-school program that serves the needs of over 120 African girls annually in nine schools and community sites across the Twin Cities metro.

AGILE is open to all African immigrant girls, refugees andasylees included and focuses in facilitating the integration of these girls into their respective school systems and assist them in preparing for college.