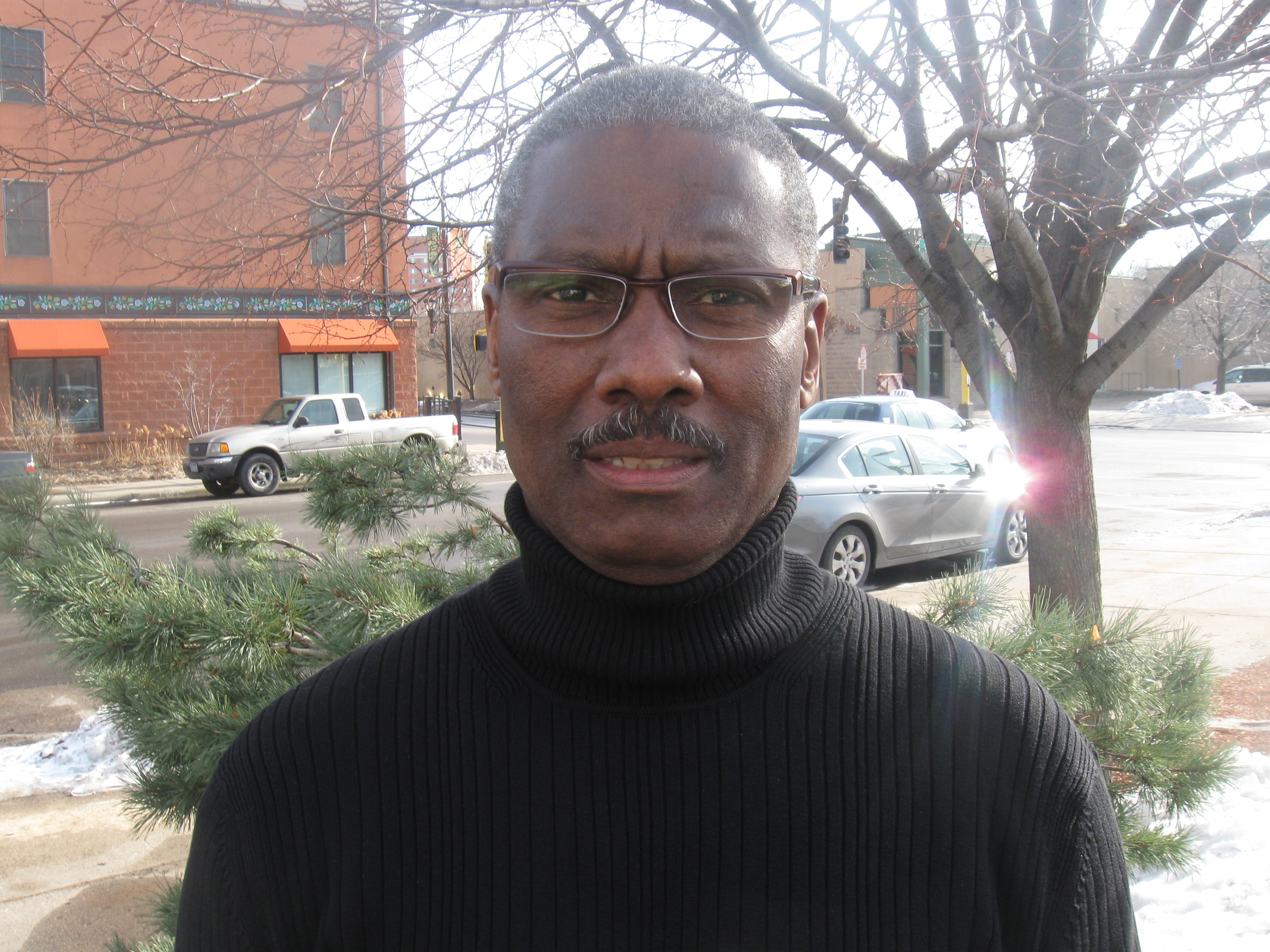 Alton Jenkins looks better at 63 than most of us ever do in our lives. Dapper, sleek, immaculately groomed, he joins us at Pow Wow Grounds in South Minneapolis to reflect on life in the Twin Cities.

Born in “a little town in Mississippi,” Jenkins has lived in Minneapolis since a tyke and says with a warm smile, “I consider myself to be a native Minnesotan.” How did he wind up 1,000 miles north?

“My mother [migrated] to Minnesota after World War II. The oldest of six (three sisters, two brothers), I graduated from Minneapolis Central High School in 1967. My mother’s 85, still working, at [a women’s shelter]. She’s been just a joy and the light of my life.”

Jenkins retired in 2011 from a job he never expected would become his career. He spent 43 years with the Minneapolis Public Schools. “I started out March 11th of 1968 as a teacher aide. I got that job…as a student.

“In 1975 [MPS] hired its first part-time bus driver. I was going to work for what I thought was just nine months. It…worked out very well. Driving for Minneapolis, they were the second-highest paid drivers behind Alaska.”

How satisfying a career did it turn out to be? “Outstanding. I loved it. In fact, I had no intentions of ever retiring. I didn’t plan to. I just decided one day. I took the summer off, the first time in my life, just to see what it was like. I liked it so well, I went down and announced the following September that I was retiring — to the dismay and shock of everybody.”

No grass has since grown under his feet. With the Mrs. still a breadwinner, he manages to find ways to stay awake between idle hours. “My wife is a licensed psychologist in private practice. I run errands all day. I run errands for [her], for my mother, for friends. To keep busy. After being on the road for 36 years, it’s hard for me to keep still.”

When nobody needs errands to be run, “I am quite ambitious when comes to our yard. We have a beautiful yard. My cars are in tip-top condition, washed and waxed.”

It is by no means a solitary existence. “I meet with friends. We go for lunch, bike rides. Get together and just talk about current affairs.”

Speaking of current affairs, Alton Jenkins has a word to say about President Barack Obama’s re-election. “It’s wonderful [and] says a lot about our country. And where we’re headed, hopefully.”

How has Alton Jenkins seen the Twin Cities change over these past eras? “It’s changed dramatically. In, I think, 1961, ’62, there were only 10,000 people of color in the state of Minnesota. Black people were primarily concentrated in Minneapolis and St. Paul. I like to tell people I grew up with Norwegians, Swedes and a handful of Black people.”

He chalks a great deal of change up to the completion of [Interstate] 35-W and Interstate 94. “We’ve had a tremendous influx of people of color from across the country. It’s much more diverse than it was when I was a kid growing up.” Which is to his liking. He bemoans, in fact, that “I was 10 or 11 before I saw my first Mexican person. Or Native American.”

How much better are things now than they were back then for Black folk in terms of housing, jobs and other fundamental necessities? “[They’re better for] people who are motivated and who are looking for opportunity. You can’t be in a better place than Minneapolis or St. Paul. If you have anything to offer, you can’t find a better outlet.”

Jenkins doesn’t bite his tongue about the lazy and shiftless, adding, “As a matter of fact, things are so good that people who have nothing to offer come [here].”

He has advice for how today’s young generation can improve their lives and communities. “Well, set goals. Have focus, discipline. Be realistic about the goals, because goals without plans are just ideas.”

So far as making the Twin Cities a better place to raise families, most people would agree that there’s no such thing as too much improvement when it comes to that integral unit of community life. “I think we have all the supports here already for people who want to take advantage of it, for people who are sincere about wanting to have better lives. All it takes is the initiative and the willingness to put forth the effort for themselves.”

Clearly, despite have grown up and lived all his life in an area that has been described as a social-services haven, Alton Jenkins is a firm believer in self-reliance.

He has never led any marches or run for office, but, by virtue of having lived here this long, Jenkins is part of Twin Cities Black history. How does he feel about that? “It feels good. I couldn’t’ve written a better script for my life.”

He adds, “I think I’ve been a positive role model. My youngest son, Giovan, is the dean of students at Washburn High School, the first African American football coach at Washburn.”

There are, in a nutshell, no slouchers in the Jenkins family. “No,” he pleasantly affirms. “We don’t allow it.”