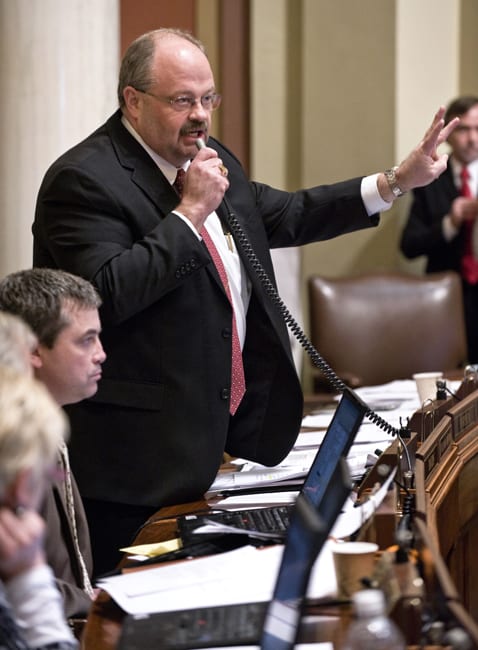 Lanesboro’s population can easily double on summer weekends. The town of 780 in southeastern Minnesota is known for its scenic beauty, bike trails and quaint downtown shopping area. However, there can be too much of a good thing. As a regional tourist destination, the thousands of annual visitors create wear-and-tear on the city streets, public buildings and parks; so much so that $3.5 million in capital project needs are beyond the reach of the locals’ pocketbook.

So, Julie Kiehne, executive director of the Lanesboro Area Chamber of Commerce and City Administrator Bobbie Vickerman came before the Legislature asking to implement a local option sales tax of 0.05 percent to help cover $800,000 of the projects’ costs.

They weren’t alone with a request.

The House Property and Local Tax Division met with the Senate Taxes Committee earlier in session to hear sales tax requests from several communities, including: Fergus Falls, to pay for a new regional community ice arena; Marshall, for a training center for emergency first responders and an amateur sports center; Medford, to repay loans received from the Minnesota Public Facilities Authority; Hutchinson, to help pay off debt incurred from improvements to a water treatment facility; and Rochester, to finance several projects.

While the requests, in some form or another, made it into HF42, the omnibus tax bill, which the House passed March 28, the debate continues over the appropriateness of the local sales tax. Some say it is a local decision and the Legislature should stay out of it. Others, however, think it increases disparities among communities and shouldn’t be allowed at all.

When the local government aid program was enacted in the early 1970s to equalize funding for services across the state, cities were restricted from levying local sales and income taxes, which previous to that were an available but rarely used revenue stream. The only local sales taxes before 1971 were lodging and food and beverage taxes.

Despite the prohibition, a number of local sales taxes were authorized over the years, and in 1997, a sales tax advisory council recommended that the Legislature adopt model statutory language for the imposition and administration of the local sales taxes. The goal was to create consistency and ease compliance.

That year, the Legislature enacted local sales tax rules. It added language in 1998 and 1999 that set standards for authorizing new sales taxes, which included the need for legislative approval. Any jurisdiction asking for a sales tax must include to the Legislature information on the proposed tax rate, the amount of revenue to be raised, its intended use and the anticipated date when the tax would expire. 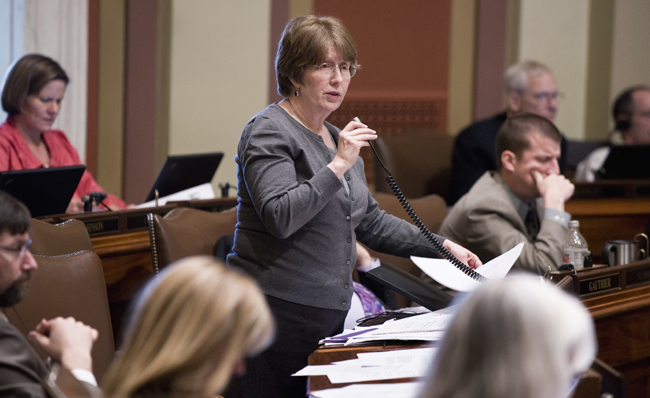 It wasn’t until 1999 that the law required a local referendum before imposing the tax. The law also specifies that the revenue may only be used to fund certain capital improvements.

Before that time, the rules governing communities implementing taxes were open-ended.

For instance, Duluth was the first community, in 1973, to implement a tax. It was at 1 percent, a half percent above the now standard 0.5 percent. With no expiration date, the money can be used for any city purpose approved by the city council.

The granting of local option sales tax requests is not a given. For instance none proposed from 2000-2004 were authorized, but a number were granted in 2005 and 2006, according to the nonpartisan House Research Department.

This year, Rochester’s request was only partially met. This became the catalyst for a heated debate on the House floor over local control.

Rochester’s 0.5 percent tax was authorized in 1983. It was initially enacted at 1 percent to raise $16 million for a civic center and $16 million for flood control. It has been renewed three times, and extended in 2005 for an Olmsted County road project. This year, the city was before the Legislature again.

Rep. Tina Liebling (DFL-Rochester) pointed to the city’s projects that, although requested, were not all included in the tax bill. She characterized the deletions as legislative interference.

“These projects were decided with citizen input and approval from the city council. This is about allowing our community to have its process respected, and allowing its citizens to vote on whether to extend the sales tax. … This is really about local control; it is about allowing the community to vote yes or no, and not having it micromanaged by the Legislature.”

Killing the Rochester sales tax was a promise that House Taxes Committee Chairman Greg Davids (R-Preston) made to his constituents, many of whom shop at the regional hub.

Why so heavy-handed? The sponsor of the omnibus tax bill said it goes to the argument of many who think local sales taxes only benefit communities with large commercial bases.

“Here we have a situation where the city of Rochester wants to raise $161 million, over half paid for by people who don’t live there. … Yeah, leave it to local control; they know best how to get the money out of other communities,” he said.

Rep. Paul Marquart (DFL-Dilworth) agrees. “It’s a fairness issue.” Those with good economic bases would benefit, while the majority of rural communities with little tax base would not, he said.

“Over time, you will see strong regional centers and all the other cities will be at a huge disadvantage,” he said.

Over the years, 23 cities have imposed a general local sales tax of 0.5 percent. Hennepin County imposes a tax of 0.15 percent for Target Field and five counties in the Twin Cities metropolitan area impose a 0.25 percent tax for transit.

As local government aid stagnates for some localities and completely disappears for others, expect the debate on local option sales taxes to continue when the House and Senate conference their different omnibus tax bills. The Senate language (SF27) contains a provision that would allow cities, through a referendum, to impose local sales taxes up to 0.5 percent for selected capital improvement projects as an offset to local government aid.